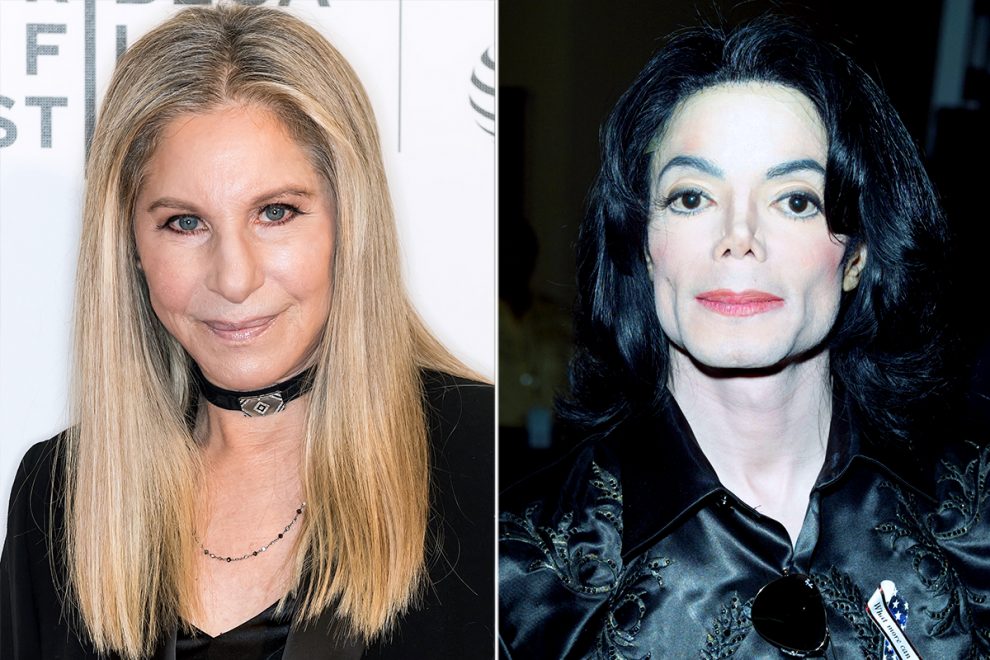 Barbra Streisand is under fire for comments she made about two men accusing Michael Jackson of sexually assaulting them as children.

The legendary singer and actress said that Wade Robson and James Safechuck — whose allegations against the late King of Pop resurfaced in the recent documentary “Leaving Neverland” — “were thrilled to be there” and that what allegedly happened to them “didn’t kill themStreisand, 76, made the strange comments to British newspaper The Times in a piece out Friday, in which she also said that Jackson’s “sexual needs were his sexual needs.

She says she “absolutely” believes the allegations of abuse by Robson and Safechuck, but puts more blame on their parents than The Gloved One. “His sexual needs were his sexual needs, coming from whatever childhood he has or whatever DNA he has,” Streisand told The Times. “You can say ‘molested,’ but those children, as you heard say [grown-up Robson and Safechuck], they were thrilled to be there. They both married and they both have children, so it didn’t kill them.” Streisand, who crossed paths with Jackson during their careers, added that she feels sorry for both the alleged victims and Jackson. “I feel bad for the children,” she said. “I feel bad for him. I blame, I guess, the parents, who would allow their children to sleep with him. Why would Michael need these little children dressed like him and in the shoes and the dancing and the hats?” Dan Reed, the director of “Leaving Neverland,” seemed shocked at Streisand’s comments. “’It didn’t kill them’ @BarbraStreisand did you really say that?!,’” Reed tweeted Friday.

Roseanne Barr says Sara Gilbert ‘destroyed’ her life and her show » Others were equally outraged. “As a lifelong fan, I am deeply disappointed about your remarks regarding Michael Jackson,” a Twitter user going by Lisa Bee wrote. “I don’t understand how you could be so dismissive of the abuse that he inflicted and the damage that’s been done. It’s so unsympathetic to ALL victims of sexual abuse.”

See also  ‘Day Drinking Again’: Nancy Pelosi Ridiculed For Claiming Inflation Bill Will Appease ‘Mother Earth’
→ What are your thoughts? ←
Scroll down to leave a comment: