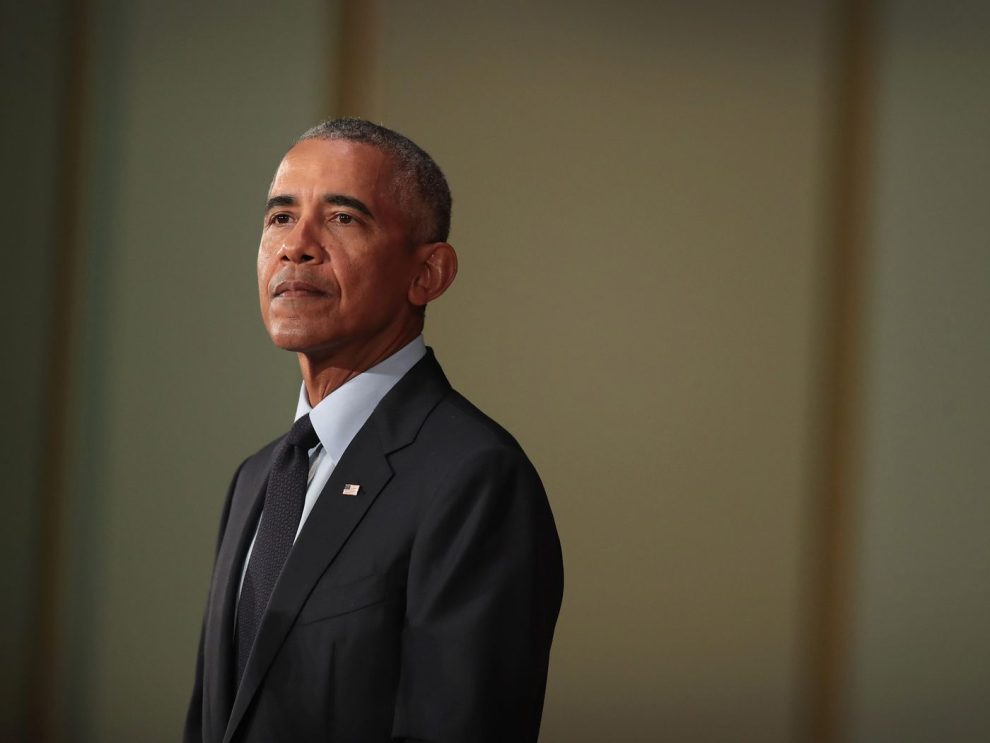 Government regulation and control over the internet can defeat a “demand for crazy” through the spread of incorrect messages, former President Barack Obama said Wednesday.

Obama, 60, spoke with Atlantic editor Jeffrey Goldberg at an event hosted by the University of Chicago’s Institute of Politics and the magazine.

“I do think that there is a demand for crazy on the internet that we have to grapple with,” Obama said, before adding a mix of regulation and industry standards are needed to address the issue.

Obama lamented how misinformation plays out across the U.S., accusing those who say President Joe Biden did not win the 2020 election as guilty of falling for conspiracy theories.

He called out “a systematic effort to either promote false information, to suppress true information, for the purpose of political gain, financial gain, enhancing power, suppressing others, targeting those you don’t like.”

The former president blamed smartphones for accelerating “an erosion of accountability norms and standards in political life” from 2010 onwards.

Twitter has permanently banned the account of the President of the United States, Donald J. Trump. https://t.co/h5i5pfbBXO

Once the creation of social media occurred, the type of rhetoric was able to “spread and accelerate,” he said, putting those who challenge medical opinions on coronavirus vaccinations as suffering from the same delusions.

“Roughly 40 percent of the country appears convinced that the current president was elected fraudulently and that the election was rigged” he claimed, with about 30-35 percent rejecting vaccines for coronavirus which he called a “medical miracle” that had been clinically tested by a billion people.

The former president appeared to be citing a Axios-Momentive poll from January which found 40 percent of Americans still do not believe Biden is the legitimate winner of his 2020 election against Trump.