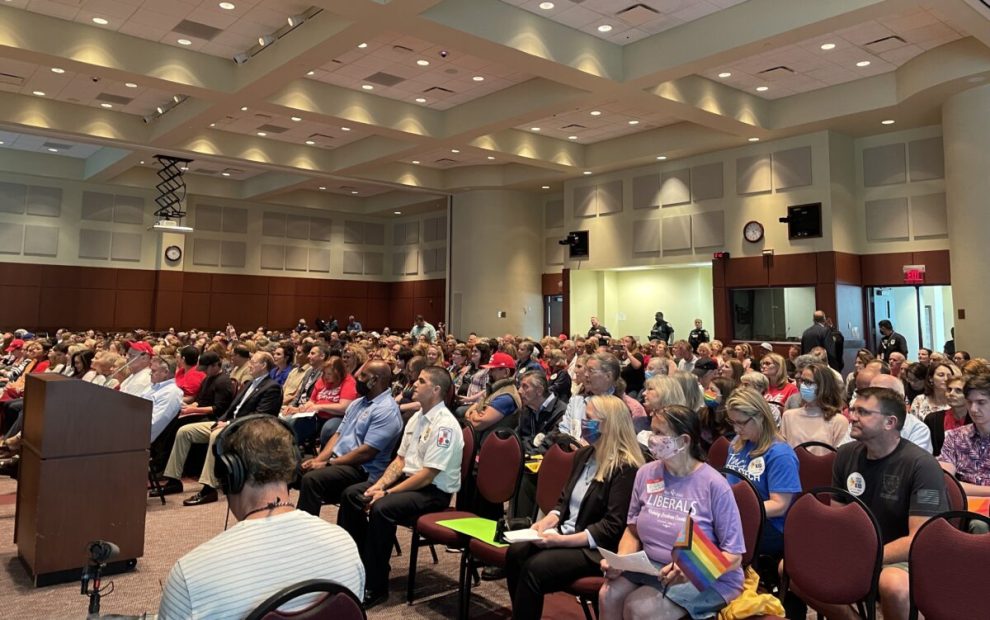 The Nebraska Association of School Boards (NASB) has left the National School Boards Association (NSBA), making it the 25th state to exit. The exodus of state boards of education began last year when NSBA leaders crafted a letter to Joe Biden and Justice Department officials, including Attorney General Merrick Garland, asking the federal government to investigate threats against school officials as domestic terrorism, including implementing the use of the Patriot Act.

“As these acts of malice, violence, and threats against public school officials have increased, the classification of these heinous actions could be the equivalent to a form of domestic terrorism and hate crimes,” the letter read in part.

In fact, what made the letter particularly odious was the fact that NASB CEO and executive director Chip Slaven was behind the letter and coordinated with the Biden White House in sending it.

According to the Omaha World-Herald, top Nebraska politicians urged the action that the state school board association took.

Nebraska politicians also reacted negatively to the letter. U.S. Sen. Ben Sasse called Garland’s memo a “political hack job” in a statement, and Gov. Pete Ricketts said that federal intervention would be an “absolute outrageous abuse of federal power” meant to “browbeat parents into not going to school board meetings.”

The NSBA publicly apologized for the letter shortly after it was shared. Slaven no longer holds the interim executive position, and an independent investigation commissioned by the NSBA found that he was the primary author and did not seek comment from the organization’s national board of directors or members before sending it.

No one denies that rhetoric back and forth got heated last fall during the debates about masks, critical race theory, and other hot-button issues. But there were no organized “plots” to commit violent acts against opposing school board members.

Asking for federal involvement in combating threats of “domestic terrorism” by parents was pure political theater initiated by the Biden administration after their cardboard cutout Slaven coordinated with the White House to sic the FBI on parents and intimidate everyone else.

Any threats against board members could easily have been handled by local or state law enforcement. But Biden wanted to play the bully in the sandbox. The National School Board Association got exactly what it deserved.

Some state associations are nonetheless in talks about creating a new national advocacy group that would compete with NSBA — and potentially poach other members.

The Florida School Boards Association recently amended its bylaws to strike a requirement that it maintain NSBA membership, and to allow for membership in an alternative national or regional organization.

“With an investment available on par with what we are currently spending on engagement in NSBA, we could viably recreate these services through another mechanism in collaboration with others,” the Montana association wrote in an internal memo.

The Pennsylvania School Boards Association has started gauging interest among other states in creating a new such umbrella group.

At the very least, the competition will force the NSBA to reform its practices. That can only be a good thing for schools going forward.