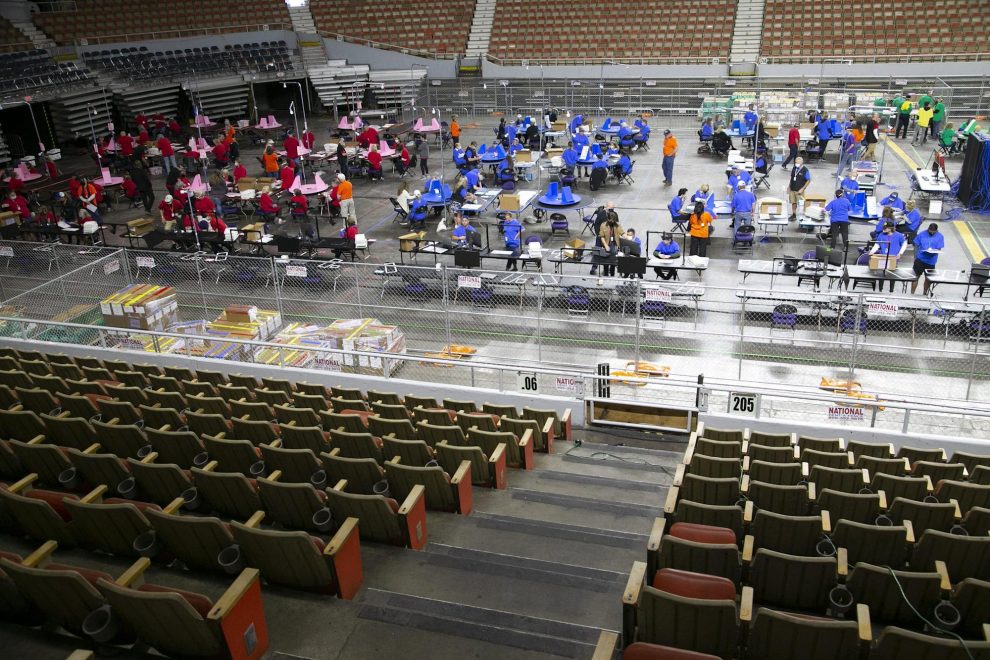 Arizona Senate President Karen Fann made clear one of the reasons the election audit in her state has taken so much longer than anticipated is because Maricopa County has done everything it can to thwart it along the way.

Really, the obstruction started in December when the county opted to go to court rather than comply with subpoenas issued by the state Senate. The county has resisted every step of the way since.

In a Thursday interview with The Western Journal, Fann pointed out that another source of delay is that a full forensic audit of this type has never been undertaken before, so the auditors, in a sense, were writing the book on the subject.

“So it’s been a challenge,” she said, “but what has been even more of a challenge is the fact that Maricopa County has intentionally done everything in their power to sabotage it, to withhold information, to be less than honest with the public about this, and so it’s created a huge problem.”

Fann noted the county has yet to turn over all the information an Arizona judge ruled in February auditors have every right to review, including the routers used by the Maricopa County Elections Department.

The state Senate president highlighted one vital piece of information that has emerged from the audit is that Maricopa County election officials do not have access to key passwords used in the Dominion Voting Systems machines.

“Maricopa County doesn’t even have control over their own election system,” Fann said. “Only Dominion has those passwords and they have 24 hour a day access to those computers.”

The auditors testified at a hearing last week that multiple Dominion employees have access to the passwords, which undermines accountability since there is no way of knowing exactly who accessed election equipment in each instance.

In May, Dominion refused to turn over the passwords to the auditors, saying to do so would cause “irreparable damage to the commercial interests of the company.”

Another key finding of the audit revealed at last week’s hearing is that there is no record of up to 74,000 absentee ballots being mailed that apparently were counted in November’s election.

Asked about that number on Thursday, Fann said the county’s “numbers are not adding up,” and it is not clear if officials are simply withholding information or something else is going on.

“It’s apparent they do not want this audit to continue and they are not cooperating in any way whatsoever,” she said.

Maricopa County Board of Supervisors Chairman Jack Sellers threw down the gauntlet in May when he refused to attend a meeting requested by Fann to address some questions the audit had raised at that point. No other county election officials participated either.

“This board is done explaining anything to these people who are playing investigator with our constituents’ ballots and equipment, paid for with real people’s tax dollars,” he said at a board meeting. “It’s time to be done with this craziness and get on with our county’s critical business.”

He accused Fann of seeking to legitimize “a grift disguised as an audit.”

Sellers reiterated his no cooperation pledge at the end of the meeting: “As chairman of this board, I just want to make it clear, I will not be responding to any more requests from this sham process. Finish what you’re calling an audit and be ready to defend your report in a court of law. We all look forward to it.”

There are even more questions to be answered now than in May.

Arizona Senate Judiciary Chairman Warren Petersen listed some of them, based on last week’s hearing with the auditors, in a pair of Sunday tweets.

“1. Why were 37,000 queries made on the Election server on a single day in March which churned the logs so the logs from election day could not be seen?” he asked.

Why isn't the media getting answers for these questions raised at the hearing by the auditors?

1. Why were 37,000 queries made on the Election server on a single day in March which churned the logs so the logs from election day could not be seen?

The splunk logs show the activity through the routers and would be a means to determine if anything abnormal happened regarding the vote tabulators and other equipment in or around Election Day.

Why county officials won’t turn either the logs or the routers over is puzzling and lends to the public perception everything is not on the up and up.

Given county officials’ refusal to cooperate at pretty much every step of the way, Fann’s use of the word “sabotage” is not too strong.

Fann and her fellow Republicans who pushed for and are seeing the audit through are to be commended.

Election integrity is too vital an issue to leave up to private companies and county election officials who clearly do not trust their work enough to allow it to be independently scrutinized by the people’s representatives.