Missing from the avalanche of news media coverage about Zaid’s two anonymous clients rocking the nation’s capital is that at the beginning of Trump’s presidency Zaid co-founded Whistleblower Aid, a small nonprofit that blasted advertisements around D.C. actively seeking whistleblowers during the Trump administration.

ABC News broke the story on Sunday about the existence of the second so-called whistleblower speaking about Trump’s call with Ukrainian President Volodymyr Zelensky.

Philadelphia Tomb of the Unknown Soldier of the American Revolution Desecrated Cops ‘Not Able to’ Respond to Rapes, Robberies Due to Autonomous Zone Drew Brees Apologizes for ‘Insensitive’ Comments About Anthem Protests

Zaid tells ABC News’ Chief Anchor George Stephanopoulos that the second person — also described as an intelligence official — has first-hand knowledge of some of the allegations outlined in the original complaint and has been interviewed by the head of the intelligence community’s internal watchdog office, Michael Atkinson.

Zaid says both officials have full protection of the law intended to protect whistleblowers from being fired in retaliation. While this second official has spoken with the IG — the internal watchdog office created to handle complaints — this person has not communicated yet with the congressional committees conducting the investigation.

The New York Times on Friday cited anonymous sources in reporting that a second intelligence official was weighing whether to file his own formal complaint and testify to Congress. Zaid says he does not know if the second whistleblower he represents is the person identified in the Times report.

In a tweet on Sunday, Zaid confirmed his firm is representing another so-called whistleblower. This one “has firsthand knowledge,” he tweeted without elaborating.

Donald Trump Confirms: We’ll Re-Cancel DACA ‘Shortly’ Trump Warns ‘Anarchists’ Not To Disrupt Tulsa Rally, After Threat Prompts Emergency Order Trump on Seattle: ‘If We Have to Go in, We’re Going to Go in’

Missing from his twitter profile and from much of the the news media coverage about Zaid’s role representing the so-called whistleblowers in the impeachment scandal is that he co-founded Whistleblower Aid. That detail is also not mentioned in Zaid’s bio on his attorney website.

This even though Whistleblower Aid has been actively helping the first whistleblower also being represented by Zaid by setting up a GoFundMe page seeking to raise funds for the purported whistleblower’s defense. The page already brought in some $210,066 with a goal of raising $300,000.

Whistleblower Aid was founded in September 2017 in the wake of Trump’s presidency to encourage government whistleblowers to come forward.

The group did not sit around waiting for whistleblowers. Upon its founding, Whistleblower Aid actively sought to attract the attention of Trump administration government employees by reportedly blasting advertisements for its whistleblower services on Metro trains, using mobile billboards that circled government offices for 10 hours a day, and handing out whistles on street corners as a gimmick to gain attention.

When Whistleblower Aid was first formed, the main banner for the mission statement of its website contained clearly anti-Trump language.

“Today our Republic is under threat. Whistleblower Aid is committed to protecting the rule of law in the United States and around the world,” read the previous statement which can still be viewed via the Internet Archive Wayback Machine.

That part of the mission statement received attention in the conservative media.

The sentence “today our Republic is under threat,” has since been scrubbed from the website.  The mission statement now only reads, “Whistleblower Aid is committed to protecting the rule of law in the United States and around the world.”

Speaking to the Washington Post just after Whistleblower Aid’s founding, John Tye, who co-founded the organization with Zaid, claimed, “This is not a partisan effort,” and then went on to express seemingly partisan alarm about Trump.

Tye continued, “At the same time, yes, the rule of law starts with the office of the president. Like many other people, we are definitely concerned about things that are happening in the administration. The decision to fire [FBI Director] James Comey. The lack of transparency. A lot of people have questions about whether this administration respects the rule of law.”

Zaid doubles as Executive Director and founder of the James Madison Project, which says it seeks to promote government accountability.  The Project features on its four-person advisory board John Podesta, who led Hillary Clinton’s 2016 presidential campaign, served as Chief of Staff to Bill Clinton and founded the Soros-funded Center for American Progress pushing a progressive agenda.

Whistleblower Aid co-founder Tye himself is a whistleblower. He is a former State Department official who went public in 2014 about U.S. government electronic surveillance practices.

Mr. Tye has worked at the Southern Poverty Law Center, Avaaz, and also Southeast Louisiana Legal Services as a Skadden Fellow. He was on the board of directors of the American Civil Liberties Union of Louisiana.

The Southern Poverty Law Center is known for its anti-conservative stance and controversially publishes a “hate map” listing groups that warn about radical Islam such as Jihad Watch, the Clarion Project, the Center for Security Policy. On that same “hate map” are racist extremist organizations like Global Crusaders: Order of the Ku Klux Klan and United Klans of America.

Tye’s other former employer, the American Civil Liberties Union (ACLU), is financed heavily by billionaire activist and Democratic Party mega-donor George Soros and is known for its hyper-partisan liberal activism.

Avaaz, a radical group where Tye served as campaign and legal director, describes itself as a “global web movement to bring people-powered politics to decision-making everywhere.” The group has repeatedly engaged in anti-Israel activism.

Channeling the mantra of radical community organizer Saul Alinsky, Avaaz says it aims to “organize citizens of all nations to close the gap between the world we have and the world most people everywhere want.”

The same year that Whistleblower Aid was founded, Avaaz’s former general counsel and campaign director, Ian Bassin, in 2017 formed United to Protect Democracy. The latter is a grouping of former top lawyers for the Obama administration working to utilize legal advocacy methods to oppose Trump’s policies.

Whistleblower Aid’s ties to Soros funding and far-left groups furthers a theme of such organizations being closely linked to numerous aspects of the so-called whistleblower’s complaint.

Some of those common threads run through an organization repeatedly relied upon in the so-called whistleblower’s complaint and are tied to CrowdStrike, the outside firm utilized to conclude that Russia hacked the Democratic National Committee’s servers since the DNC would not allow the U.S. government to inspect the servers.

CrowdStrike founder Dmitri Alperovitch is a nonresident senior fellow of the Cyber Statecraft Initiative at the Atlantic Council.

The Atlantic Council is funded by and works in partnership with Burisma, the natural gas company at the center of allegations regarding Joe Biden and his son, Hunter Biden.

The Schiff staff member, Thomas Eager, is also currently a fellow at the Atlantic Council’s Eurasia Congressional Fellowship. Burisma in January 2017 signed a “cooperative agreement” with the Council to sponsor the organization’s Eurasia Center.

Besides Burisma funding, the Council is also financed by Google as well as Soros’s Open Society Foundations, the Rockefeller Brothers Fund, Inc. and the U.S. State Department.

Google, Soros’s Open Society Foundations, the Rockefeller Fund and an agency of the State Department each also finance a self-described investigative journalism organization repeatedly referenced as a source of information in the so-called whistleblower’s complaint alleging Trump was “using the power of his office to solicit interference from a foreign country” in the 2020 presidential race.

One key section of the so-called whistleblower’s document claims that “multiple U.S. officials told me that Mr. Giuliani had reportedly privately reached out to a variety of other Zelensky advisers, including Chief of Staff Andriy Bohdan and Acting Chairman of the Security Service of Ukraine Ivan Bakanov.”

This was allegedly to follow up on Trump’s call with Ukrainian President Volodymyr Zelensky in order to discuss the “cases” mentioned in that call, according to the so-called whistleblower’s narrative. The complainer was clearly referencing Trump’s request for Ukraine to investigate the Biden corruption allegations.

Even though the statement was written in first person – “multiple U.S. officials told me” – it contains a footnote referencing a report by the Organized Crime and Corruption Reporting Project (OCCRP).

In a report published by the Organized Crime and Corruption Reporting Project (OCCRP) on 22 July, two associates of Mr. Giuliani reportedly traveled to Kyiv in May 2019 and met with Mr. Bakanov and another close Zelensky adviser, Mr. Serhiy Shefir.

The so-called whistleblower’s account goes on to rely upon that same OCCRP report on three more occasions. It does so to:

Rob Reiner: ‘A Vote for Trump Is a Vote for Death’ Nancy Pelosi Attends George Floyd Protest Surrounded by Guards ‘WE ARE THE PROBLEM’: Drew Brees’ Wife Claims ‘White America’ Is ‘Not Looking for Racial Prejudice’

The OCCRP report repeatedly referenced is actually a “joint investigation by the Organized Crime and Corruption Reporting Project (OCCRP) and BuzzFeed News, based on interviews and court and business records in the United States and Ukraine.”

BuzzFeed infamously also first published the full anti-Trump dossier alleging unsubstantiated collusion between Trump’s presidential campaign and Russia. The dossier was paid for by Hillary Clinton’s campaign and the Democratic National Committee and was produced by the Fusion GPS opposition dirt outfit.

The so-called whistleblower’s document, however, only mentions the largely unknown OCCRP and does not reference BuzzFeed, which has faced scrutiny over its reporting on the Russia collusion claims.

Another listed OCCRP funder is the Omidyar Network, which is the nonprofit for liberal billionaire eBay founder Pierre Omidyar.

Together with Soros’s Open Society, Omidyar also funds the Poynter Institute for Media Studies, which hosts the International Fact-Checking Network that partnered with Facebook to help determine whether news stories are “disputed.”

Like OCCRP, the Poynter Institute’s so-called news fact-checking project is openly funded by not only Soros’ Open Society Foundations but also Google and the National Endowment for Democracy.

CrowdStrike, meanwhile, was brought up by Trump in his phone call with Zelensky.

According to the transcript, Trump told Zelensky, “I would like you to find out what happened with this whole situation with Ukraine, they say CrowdStrike … I guess you have one of your wealthy people…The server, they say Ukraine has it.”

In his extensive report, Special Counsel Robert S. Mueller notes that his investigative team did not “obtain or examine” the servers of the DNC in determining whether those servers were hacked by Russia.

The DNC famously refused to allow the FBI to access its servers to verify the allegation that Russia carried out a hack during the 2016 presidential campaign. Instead, the DNC reached an arrangement with the FBI in which CrowdStrike conducted forensics on the server and shared details with the FBI.

In testimony before the Senate Intelligence Committee in January 2017, then-FBI Director James Comey confirmed that the FBI registered “multiple requests at different levels,” to review the DNC’s hacked servers. Ultimately, the DNC and FBI came to an agreement in which a “highly respected private company”—a reference to CrowdStrike—would carry out forensics on the servers and share any information that it discovered with the FBI, Comey testified.

A senior law enforcement official stressed the importance of the FBI gaining direct access to the servers, a request that was denied by the DNC.

“The FBI repeatedly stressed to DNC officials the necessity of obtaining direct access to servers and data, only to be rebuffed until well after the initial compromise had been mitigated,” the official was quoted by the news media as saying.

“This left the FBI no choice but to rely upon a third party for information. These actions caused significant delays and inhibited the FBI from addressing the intrusion earlier,” the official continued. 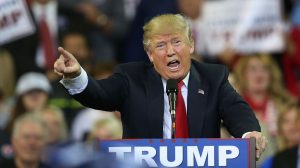 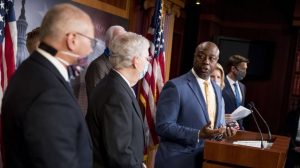 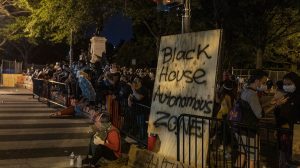