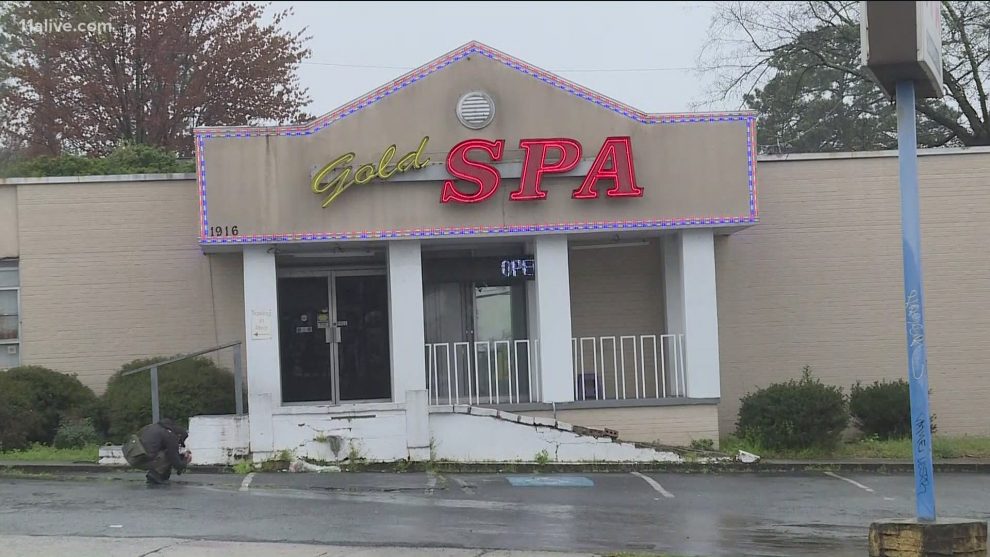 Baker said that the suspect “apparently has an issue, what he considers a sex addiction… it’s a temptation for him that he wanted to eliminate.”

“The suspect did take responsibility for the shootings, he said that early on once we began the interviews with him,” Baker said.

“He claims… that this was not racially motivated. He apparently has an issue, what he considers a sex addiction, and sees these locations as something that allows him to go to these places, and it’s a temptation for him that he wanted to eliminate. Like we said, it’s still early on, but these are the comments that he made,” Baker said.

Eight people were killed in shootings at three Atlanta area spas Tuesday, and a 21-year-old man was taken into custody hours after the shootings at the massage parlors.

The shooting which occurred at Young’s Asian Massage in Cherokee County left three people dead. Two were wounded and taken to the hospital where one died, according to the Cherokee County Sheriff’s office.

According to Atlanta Police Chief Rodney Bryant, at Gold Spa on Piedmont Road in Atlanta later in the day around 5:50 pm, while responding to a call for a robbery officers discovered three people who were shot and killed. While officers were responding to the scene at Gold Spa, they were alerted to another shooting across the street at Aromatherapy Spa, where they discovered another person who had been shot and killed. Bryant added that all four victims of the Piedmont Road shootings were female and “It appears that they may be Asian.”

According to Reuters, six of them women were of Asian descent. According to a local NBC affiliate, “the suspect was captured by surveillance video pulling up to the business around 4:50 pm. Tuesday, minutes before the shooting.”

Baker said Robert Aaron Long (21) of Woodstock, Georgia, was captured as a suspect in Crisp County, about 150 miles south of Atlanta Tuesday night and that it is not yet clear if the three shootings are connected, but that they have been in touch with Atlanta police and were looking into that possibility. Authorities have not yet identified potential motives.

Authorities said that they dispatched officers to check similar businesses nearby and increased patrols in the area. According to a local CBS affiliate, the FBI is assisting in the investigation.