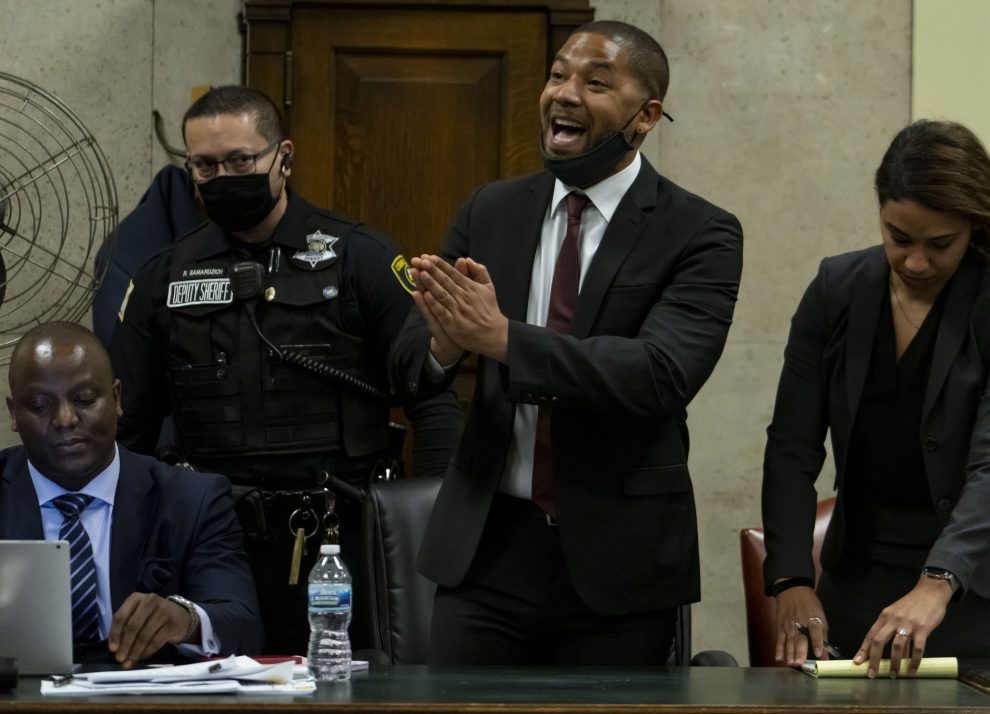 Jussie Smollett’s sentencing hearing is still not over. It started at 2:25 p.m. EST, 25 minutes late because Smollett didn’t bother to show up on time. At the time of publishing, it is still dragging on. The defense team is arguing its 83-page post-trial motion demanding a new trial.

Defense attorney Tina Glandian began by arguing that the case was flawed by “flagrant violations” that included the refiling of charges after the original 16 counts were dismissed against Smollett by the Cook County State’s Attorney’s office run by Kim Foxx. Foxx was personally involved with Smollett and had a relationship with one of his family members that indicated a clear conflict of interest. After this was discovered, Cook County Judge Michael Toomin determined that Foxx had mishandled the case and appointed a special prosecutor, who refiled the charges after investigating Foxx’s office. The defense argued that Toomin exceeded his authority. But the investigation found significant wrongdoing by the State’s Attorney’s office.

The OSP did develop evidence that establishes substantial abuse of discretion and operational failures by the CCASO in prosecuting and resolving the Initial Smollett Case,” including a breach of its “obligations of honesty and transparency by making false and/or misleading statements to the public regarding the nature and reasons for the dismissal” of the initial case.

The charges were refiled and Smollett was found guilty by a jury of his peers in December on five felony counts out of the six brought against him by the state of Illinois for faking an anti-gay, racist hate crime against himself.

The defense then accused Judge James Linn of not asking the proper questions during jury selection. Judge Linn denied the charge and told the defense that they had submitted stupid questions like “if you were an animal, what animal would you be?” as well as inquiries into the potential jury members’ favorite superheroes, which he would not entertain.

Smollett’s lawyers tried to re-litigate the facts of the case during the sentencing, dragging out the event for an interminably long time and throwing everything they could, including “prosecutorial misconduct” accusations to claiming again that Smollett was “attacked.”

Jussie Smollett lawyers still claiming he was attacked. Are you kidding me?? …The jig is up!🤦🏽‍♂️

When will this nightmare end? As Matt Margolis noted in an internal Slack chat, “I feel like begging for mercy would be more effective than trying to get a new trial and have to deal with fighting this for another 1.5 years.”

All experts who commented before the sentencing hearing agreed that he was unlikely to get any jail time. What is the purpose of this sideshow other than to affirm an unrepentant liar’s delusions so he can continue to claim he is innocent, despite a trial and five felony convictions?