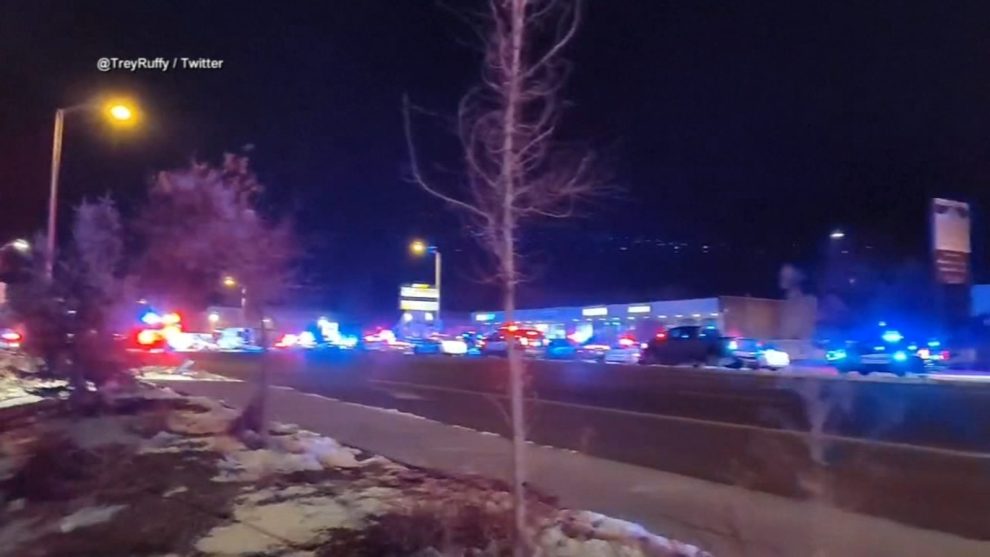 A gunman opened fire inside a gay nightclub in Colorado just before midnight Saturday, killing five people while at least 18 others reported injuries, authorities said.

The carnage occurred inside Club Q in Colorado Springs, which describes itself online as an “adult-oriented gay and lesbian nightclub hosting theme nights such as karaoke, drag shows & DJs.” The suspected gunman was detained and taken into custody shortly after the attack.

Police said the suspected gunman, a 22-year-old man, entered the venue and immediately began shooting. At least two patrons inside the club confronted and stopped the shooter, authorities said.

The suspect used a long rifle, according to local police. At least two firearms were recovered at the crime scene.

The Daily Wire is not naming the suspected gunman due to a company policy about not giving notoriety to mass killers.

According to the New York Times, Colorado authorities arrested someone with the same name and age as the suspect last year after a bomb threat near Colorado Springs.

District Attorney Michael Allen said during an update on Sunday morning that the attack “appears to be carried out by one person.”

“Club Q is devastated by the senseless attack on our community,” the establishment’s management said in a statement. “Our prays (sic) and thoughts are with all the victims and their families and friends. We thank the quick reactions of heroic customers that subdued the gunman and ended this hate attack.”

The gunfire erupted just before midnight and the suspect was taken into custody minutes later, according to police.

The FBI is assisting local authorities, as the Colorado Springs Police Department is the lead agency. Law enforcement has not commented on a motive.

“This is horrific, sickening, and devastating,” said Colorado Democratic Gov. Jared Polis, the country’s first openly gay governor, in a statement. “We are eternally grateful for the brave individuals who blocked the gunman, likely saving lives in the process, and for the first responders who responded swiftly to this horrific shooting. Colorado stands with our LGBTQ Community and everyone impacted by this tragedy as we mourn.”

Joshua was inside Club Q when the gunman entered. He ran and hid. Heard the gunman being “beat up.” Tells @BeedieonTV “This was our only safe space in The Springs. Where are we gonna go?”#LGBTQ #ClubQ pic.twitter.com/ZkijarxZoc

Police have not discussed possible motives for the attack, but it brought to mind the 2016 mass shooting inside Pulse, an Orlando, Florida, gay nightclub, that left 49 people dead. The gunman, who died in a shootout with SWAT team members, was a follower of ISIS.

Club Q had planned to hold a “drag brunch” on Sunday to celebrate “Transgender Day of Remembrance.”