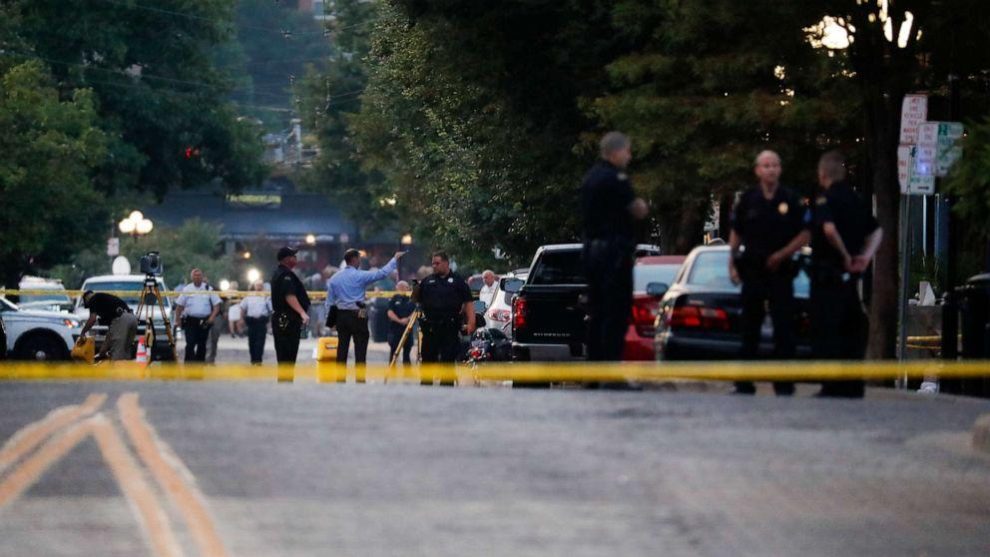 A mass shooting at a Walmart in Chesapeake, Virginia Tuesday night has caused “multiple fatalities and injuries’. The shooter is reportedly dead.

Chesapeake police have responded to a reported active shooter situation at a Walmart just off Battlefield Blvd.

Leo Kosinkski with Chesapeake PD says there were multiple fatalities and injuries and police are going through the building. Police believe the shooter is dead, but people need to stay clear, Kosinski said. The call reporting the shooting came in at 10:12 p.m.

Person in this video claims the shooter was a manager.

🚨#BREAKING: A Walmart manager has shot multiple employees ⁰
📌#Chesapeake l #VA ⁰
Police are to responding to multiple fatalities and injuries inside a Walmart superstore in VA with officials saying the Manager at Walmart Started to open fire shooting Multiple employees inside pic.twitter.com/JgnCleOvz3

Update: Here’s an update on the masa shooting at a Walmart Supercenter in Chesapeake from @MichelleWolfTV
– Call came in at 10:12 – Shooter is dead – Less than 10 people dead right now. – Go to the Chesapeake Conference Center to get information about a loved one NO THREAT

#BREAKING According to reports on air from @WAVY_News, police believe the gunman is dead. Check for more updates here: https://t.co/moi1kwc10L

#UPDATE A Chesapeake police spokesperson tells us at this point he believes no more than 10 people have died. It’s unclear if the shooter was an employee. The shooter is now deceased. Officers are walking through the Walmart super center checking for victims. @WAVY_News pic.twitter.com/gZs4CDV0q8

One victim found outside the store.

If you have a friend or family member who was working tonight and haven’t heard from them, Chesapeake police say to go to the Chesapeake Conference Center. @WAVY_News