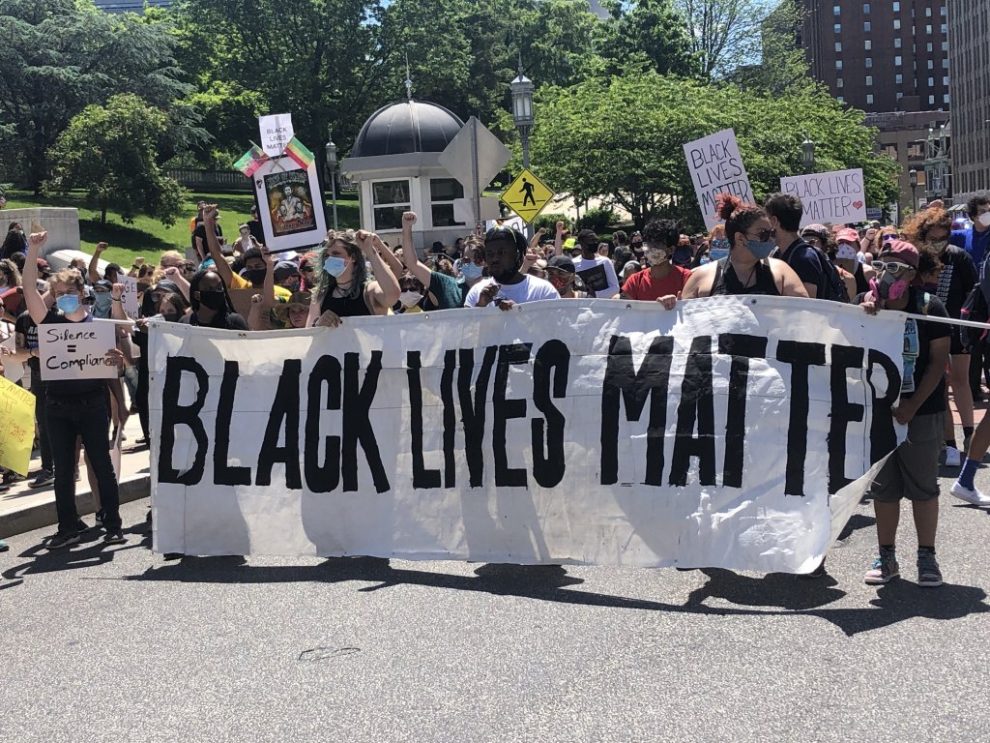 I have, on several occasions, warned the younger, woke, angry generation that one day, the machine would come for them. And lo and behold, it has. Although I have to admit, I didn’t think it would be this soon. I had given it another 15 years, 10 at best. Man, was I wrong.

Because intersectionality works best with a complicated field of eligible candidates with a broad range of grievances, it must also have a steady diet of people to find guilty of the insult du jour. And black men are now on the list of potential offenders.

Arizona State University has issued a checklist dealing with Black Male Privilege. No, your eyes do not deceive you. Black men at ASU must now find ways to address their privilege. If you are a black male reading this and thinking, “Wait privilege only applies to white people,” well, no, sir. Not anymore, at least at ASU. Wokeism and Equity are like the Island of Dr. Moreau: none escape. Don’t worry, it will be someone else’s turn next year.

Campus Reform has the list, which is part of its “Project Humanities” initiative.” Here are some of the Black Male Privileges:

“When I read African American History textbooks, I will learn mainly about black men.”
“I can rely on the fact that in the near 100-year history of national civil rights organizations such as the NAACP and the Urban League, virtually all of the executive directors have been male.”
“I will be taken more seriously as a political leader than black women.”
“I can be a part of a black liberation organization like the Black Panther Party where an ‘out’ rapist Eldridge Cleaver can assume [a] leadership position.”
“I have the ability to define black women’s beauty by European standards in terms of skin tone, hair, and body size. In comparison, black women rarely define me by European standards of beauty in terms of skin tone, hair, or body size.”
“I do not have to worry about the daily hassles of having my hair conforming to any standard image of beauty the way black women do.”
“I have the privilege of not wanting to be a virgin, but preferring that my wife or significant other be a virgin.”
“I can live in a world where polygamy is still an option for men in the United States as well as around the world.”
“I come from a tradition of humor that is based largely on insulting and disrespecting women; especially mothers.”
“Most of [the] lyrics I listen to in hip-hop perpetuate the ideas of males dominating women, sexually and socially.”
“I can believe that the success of the black family is dependent on returning men to their historical place within the family, rather than in promoting policies that strengthen black women’s independence, or that provide social benefits to black children.”
“I have the privilege of believing that feminism is anti-black.”
“I will make significantly more money as a professional athlete than members of the opposite sex will.”
“If I go to an HBCU, I will have incredible opportunities to exploit black women.”
“In college, black male professors will be involved in interracial marriages at much higher rates than members of the opposite sex will.”
“I have the privilege of marrying outside of the race at a much higher rate than black women marry.”
“I have the privilege of knowing men who are physically or sexually abusive to women and yet I still call them friends.”

You, sir, may be looking at these things and saying to yourself, “These don’t apply to me. I don’t think or act that way.” That may be true, but you’re still guilty. Sorry, that’s how it works these days. But you may have an out. You can always try the following escape clauses:

I will do better going forward.
I am still learning and want to grow
I will do the work.
Or you can just undergo the two-hour course, which explores “everyday manifestations of privilege.” If you want to find it, just look for “Humanity 101 in the Workplace: Lessons in Privilege and Bias.”

Now, don’t feel left out. White people still have their own checklist, as do thin people, Christians, people who are not disabled, and heterosexuals.

There is a disclaimer of sorts, in which people are not penalized for having privilege per se, but they still need to think about it. In fact, it states, “Almost everyone who is reading this had some form of privilege. If you’re a member of three marginalized groups, in ill health, and poor, you’re still able to access and use the internet, both demonstrating and conferring privilege.”

Man, almost nobody is catching a break. The Privilege Police are getting brutal these days. Also, we’re down to three marginalized groups.

So, black men of ASU, you now have to start thinking up apologies for things you never did, and have someone criticizing your every move and thought. You will now have to find ways to make other people happy, who incidentally will never be satisfied no matter how hard you try and will blame you for the smallest of problems. Oh, and by the way, you’re in big trouble for a bunch of stuff you never knew even existed.

With that in mind, I would like to welcome our new members! To our newly-initiated brothers, I hope you brought a dish to share. And oh, it’s BYOB. We’re playing poker later. It’s a $5.00 buy-in.