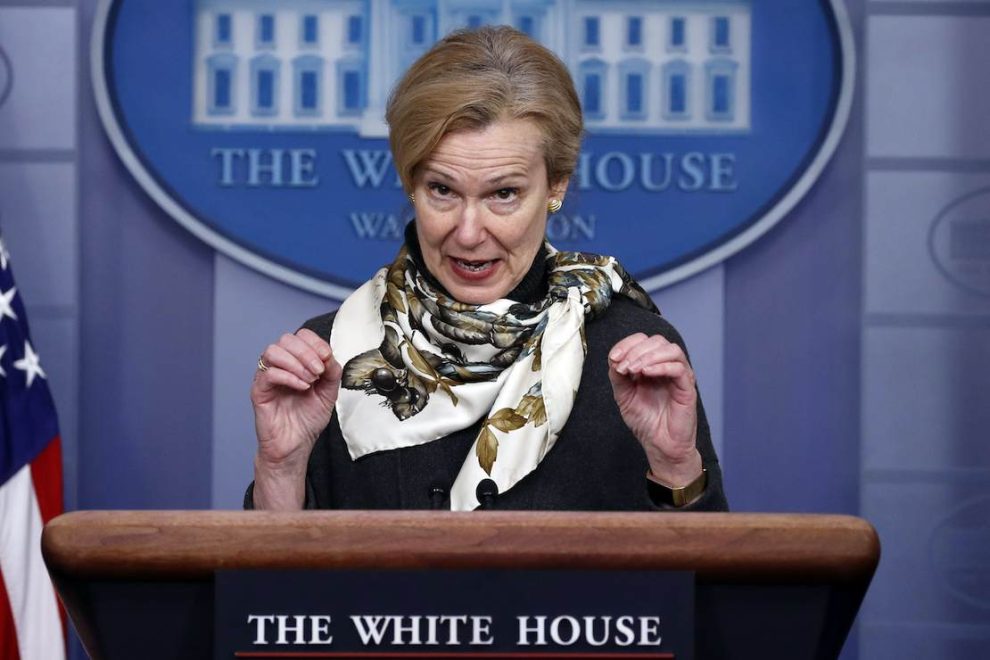 With several controversial SCOTUS rulings addressing divisive issues like gun rights and abortion, an exchange between Rep. Jim Jordan (R-Ohio) and Dr. Debra Birx during a congressional hearing on Thursday escaped scrutiny. However, if a power-hungry politician, university, or employer compelled you or someone you love to receive an experimental vaccine in the last two years, it may make you furious. And Birx should be ashamed of herself for not speaking out earlier.

The House Oversight and Reform Select Subcommittee on the Coronavirus Crisis held a hearing with Birx Thursday morning. Jordan questioned Birx on the United States’ participation in and funding of the World Health Organization and gain of function research. Birx was candid that she felt the United States should withhold funding from the WHO until needed reforms occurred. She also admitted the U.S. should not participate in some gain-of-function research, such as any in China.

However, Jordan’s questions about the Biden administration’s message on COVID-19 vaccine effectiveness should shock the conscience. Jordan asked Birx if the government was lying or guessing when it told the public that people who received the vaccination couldn’t get COVID. Birx responded that she did not know. However, she continued (emphasis added):

“All I know is there was evidence from the global pandemic that natural reinfection was occurring. Since the vaccine was based on natural immunity, you cannot make the conclusion that the vaccine will do better than natural infection. Although it can often do slightly better.”

It is unclear what vaccine produces better immunity to an illness than recovering from a natural infection, nor did Birx expand. Why didn’t she speak up about this while still in office? Public health “experts” like Dr. Anthony Fauci actively tried to convince Americans that natural immunity was inferior to the jabs. It is also unclear what large numbers of reinfections Birx was referring to, since most positive post-infection tests were reported in asymptomatic people. One study in preprint finds that the spike protein, the part of the virus the tests detect, can be in a recovered patient’s body for up to 12 months post-infection. How this could affect post-recovery testing in asymptomatic patients is unknown.

Jordan went on to challenge Birx about what the government knew and when. “You were part of this effort when you were in the previous administration. And you’re saying in this administration that you can’t rule out the fact that our government was lying to us when they told us the vaccinated could not get the virus,” he charged.

Birx responded, “I don’t know about their discussions that they had in the task force. So I can’t tell you that.” Then, as she often did on the Trump task force, she traded on her personal situation. “I can tell you as a family member who had individuals that were susceptible, of course, we got everybody vaccinated. But we still used layered protection during surges.”

So, why was Dr. Birx vaccinated and masked? She continued, “Because I knew potentially vaccine immunity would wane like natural immunity waned. There was evidence that every four months, reinfection was occurring in South Africa.” Huh. That seems like it should have been part of informed consent before Americans decided to take an experimental vaccine or give it to their children. Four months of coverage for that amount of unknown seems like a risk-benefit ratio Americans should have been able to calculate for themselves.

Jordan continued, “When the government told us that the vaccinated couldn’t transmit it, was that a lie or is it a guess? Or is it the same answer?” Remember when the anchors on CNN and members of the administration told you to “trust the science”? Can you recall all the accomplished clinicians and researchers who have been silenced and unpersoned? If so, Birx’s response may infuriate you. “I think it was hope that the vaccine would work in that way,” she said.

Hope is not a strategy, and it certainly isn’t science. Then Birx said that is why she thinks public health officials should always be clear about what they know and what they don’t. This statement from Dr. Scarf, who pulled a social distancing requirement of six feet out of thin air, is rather astonishing.

If she feels scientists and researchers should have a seat at the table, why didn’t she waddle up to it and ask what the heck the officials were doing? She was able to get media hits to market her book, of course — that was all in good Trump-bashing fun. Perhaps that is all Dr. Birx is suitable for, as far as the press is concerned. It’s possible, since all the hearing coverage highlights is her anti-Trump sentiments. Even the committee’s summary is titled, “At Hearing, Dr. Deborah Birx Tells Select Subcommittee that “Dangerous Ideas” Undermined Trump Administration Coronavirus Response.”

Jordan concluded, “So what we do know is, it wasn’t the truth. So they were either guessing, lying, or hoping and communicating that to the citizens of this country.” And they did not just communicate the claim. When team Biden took the lead, Dr. Anthony Fauci became the primary advisor on the COVID-19 response. The goal quickly became a needle in every arm.

By September, President Biden was well down the path of blaming unvaccinated Americans for the Delta wave. Even those who had recovered from COVID-19 were responsible for a “pandemic of the unvaccinated.” This divisive message continued as late as the announcement of his vaccine mandate on September 9, 2021. By then, it was clear that vaccinated individuals were transmitting the Delta variant and becoming symptomatically ill. Still, to the unvaccinated, Biden said, “We’ve been patient, but our patience is wearing thin. And your refusal has cost all of us. So, please, do the right thing.”

Yet, according to Birx, health experts knew well that recovered Americans had the same protection from infection as the vaccinated. The data on a four-month reinfection cycle was also available. All Americans should have had that information when deciding whether to vaccinate their children.