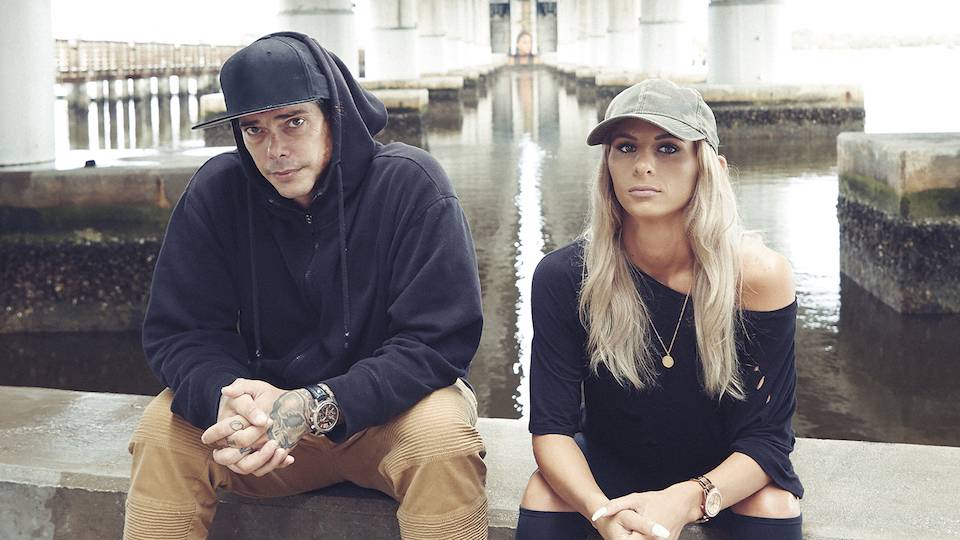 After Chris Tullock got promoted from washing dishes to busing tables at a restaurant in Northampton, Massachusetts, she got a second offer that was hard to turn down: smoking weed.

It wasn’t something she’d done often, she says.

“I walked in a circle with a pie plate for, like, 15 minutes on a busy night,” says Tullock, 47, a 30-year veteran of the restaurant industry. “One of the waitresses said, ‘please don’t ever smoke pot at work again.’”

Now, 11 years into her recovery from opioids, she says the use of drugs and alcohol on the job is rampant among restaurant workers.

And restaurants are just one of the many businesses where employees are under the influence. A new survey from DrugAbuse.com, which offers educational content and recovery resources to people dealing with addiction, found that 23 percent of U.S. workers responding to the survey say they have used drugs or alcohol on the job. Roughly six in ten say they have used alcohol at work, outside of office parties or functions, while nearly 23 percent say they’ve smoked pot on the job.

And even if they don’t use themselves, 62 percent say they know at least one person who has had an unsanctioned drink or used narcotics at work.

With roughly 23.5 million Americans addicted to drugs or alcohol, and another 22 million in recovery, it is not surprising that drug and alcohol use would seep into the workplace, says Lawrence Weinstein, chief medical officer for American Addiction Centers.

“Would you be surprised if an employee with diabetes would have a doughnut at lunch, or someone who’s been diagnosed with COPD snuck out and had a cigarette?” says Weinstein.

“We wouldn’t pay attention to those things, but these are the same long-term chronic conditions,” he says. So when we see workers using drugs and alcohol “we shouldn’t be surprised that they don’t restrict themselves to before 9 or after 5.”

The findings come at a time when the nation has been reeling from an opioid crisis, fewer companies are requiring drug tests for job applicants in a competitive job market, and a growing number of states are legalizing marijuana.

“Substance abuse in the workplace has always been a concern,” says Sean Sullivan, chief human resources officer for the Society for Human Resource Management, a trade group for human resource managers. The rise of opioid abuse has made employers focus even more attention on the issue, he says.

Other industries with high percentages of workers testing positive for drugs include health care and social assistance, where 4.7 percent tested positive, and accommodation and food services, which includes hotels and restaurants, where 4.5 percent of workers had positive results.

Workers in safety-sensitive jobs, such as truck drivers, construction workers and forklift operators, are subject to drug tests because of laws, regulations or insurance requirements. State laws vary, but companies are typically required to inform employees or applicants of the policy.

Nancy Smith of Oregon City, Oregon, saw the perils of pot and other substance use firsthand when she worked at an assisted living and hospice facility near Portland about 10 years ago. She worked as a certified medical assistant and rose to be assistant manager.

Smith says she didn’t care what people did on their own time. But when she saw colleagues under the influence at work, she would have spoken up even if she wasn’t required to.

“These are elderly people who depend on us to take care of them,” says Smith. “What if (someone) was giving insulin shots to someone who wasn’t a diabetic.”

Addiction at work: 8 signs your co-workers are struggling with addiction

One of Smith’s co-workers would take especially long cigarette breaks and come back reeking of marijuana, she says. So after she saw the woman smoking out of a marijuana pipe in her car, she told her boss who recommended random drug tests of the woman and other colleagues. The woman refused and quit.

Another of Smith’s co-workers started the job with marks all over her face and arms. She told Smith she “ran into a rosebush.”

“We did another random drug test and she quit,” says Smith.

A high cost for employers

Weinstein of American Addiction Centers says that such abuse in the workplace costs employers more than $81 billion a year, with employees missing work, not performing well because they’re impaired, or having accidents on the job.

“Some of the concerns that really are top of mind are employee safety and employee wellness,” Sullivan says. “But beyond that, you get into the impact to productivity … as well as turnover and absenteeism and in some cases reduced work quality as well.’’

The growing number of employees working at home, away from the gaze of colleagues and supervisors, could also lead to more substance abuse while working.

“People may have a tendency to use more pot, more prescribed drugs, more alcohol while they work virtually,’’ Weinstein says.

Tullock says she would do “just enough (opiates) to function, to do my job.” She recalls one cook who would get so stressed about the pace of orders, the “owner would tell him, ‘go outside and do your thing,'” referring to marijuana.

But such under-the-table tolerance doesn’t necessarily apply when employees admit their addiction and want to get help. Tullock says she was fired from a restaurant job in 1992 after she told her boss she was addicted to opioids and needed treatment, and though cocaine use was widespread. Since then, the restaurant business has gotten a lot more understanding about the prevalence of addiction and the need for recovery and support.

“For those who suffer with substance abuse they need to know when they come out of the closet … if they go to treatment, they know they have a place the employer will keep for them,” he says. He noted that 66 percent of those who went to treatment said knowing they had a job to return to was integral to their recovery.

A range of other steps can also help struggling workers, Weinstein and Sullivan say. Employee assistance programs can provide initial counseling, then connect workers to longer-term programs that can also address underlying issues, such as depression.

Businesses need to make their policies about substance abuse clear, as well as offer education that helps eliminate the stigma, and teaches workers about trouble signs to look for. Signs include a co-worker who falls asleep at work, extreme mood swings, or missed deadlines.

Companies are also reviewing health plans to make sure prescription provisions don’t make it easier for abuse to occur, Sullivan says, such as allowing refills through the mail or in short windows of time.

Now, employers are, on average, approving roughly 25 days for substance abuse treatment, “so things are slowly but surely getting better,” Weinstein says, “but … we have tons of room to grow.’’