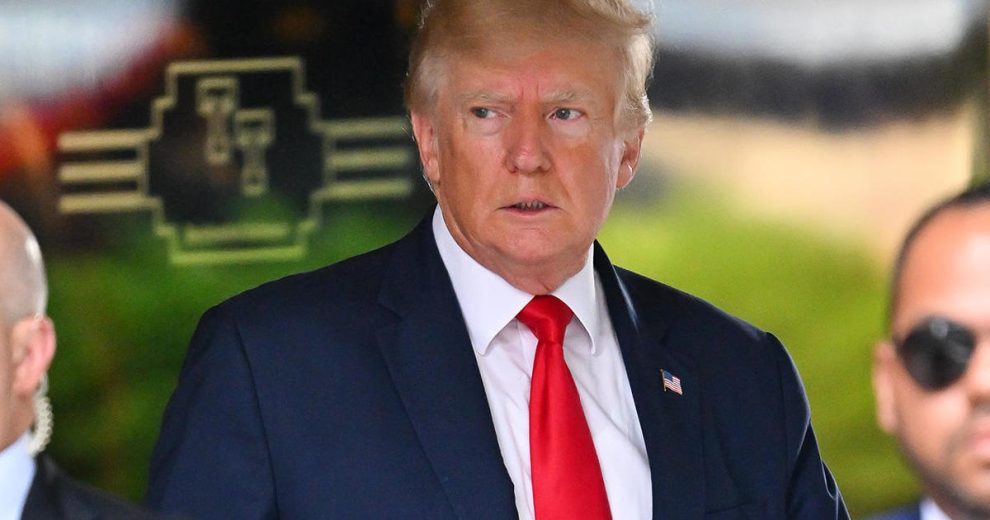 Democrats have fantasized about “taking down” former President Donald Trump for years.

Chances are they never would’ve imagined the Iraqi government doing what Hillary Clinton and Robert Mueller failed to do.

This isn’t preventing Iraq from trying.

Iraq’s highest court issued an arrest warrant for Trump himself on Thursday, according to Kurdistan 24, a Kurdish news agency based Erbil, Iraq.

The warrant outlines a charge of premeditated murder against Trump, according to OilPrice.com.

Iraq’s Supreme Judicial Council claims that the Jan. 3, 2020, killing of Iranian Gen. Qasem Soleimani amounted to murder, with the warrant coming three years after his death in an American drone strike.

“While the warrant is clearly symbolic, a conviction of this nature carries the death penalty,” OilPrice.com reported.

It’s not murder to kill a combatant in a warzone.

American intelligence concluded that Soleimani had authorized an attack on the United States embassy in Iraq before he was killed, and the Pentagon believed that the general was planning attacks on American service members in the Middle East.

Trump’s drone strike on Soleimani spurred Iran’s Islamist dictatorship to escalate hostilities in the region, attacking an American airbase with a volley of missiles.

Obviously, the notion of Iraq’s government securing the extradition of a former American president isn’t going to happen. If Trump were to stand trial in the esteemed Iraqi justice system, he could face the death penalty for the Soleimani operation.

The clownish arrest warrant amounts to a threat to American sovereignty. Iraq issued a similar arrest warrant in 2021 — while Trump still held office, The Associated Press reported at the time.

An American president (or former president) is not an equal to a two-bit dictator such as Saddam Hussein, even if the 2003 invasion to remove him from power was a mistake.

Even in the bitterly polarized political environment of the United States today, the chances of any American government handing over any former president to another country are approximately zero.

You’d think that Iraq would be mindful of the generous security and economic assistance it’s received from the United States.

American military aid was vital to the defeat of the Islamic State terrorist organization.

If not for American support, Iraq very might not exist as a sovereign country.

Instead of friendship with the United States, Iraq seems to prefer closeness with Iran’s Islamist and warmongering regime.

That’s fine — perhaps instead of funding Iraq’s corrupt government, the United States can seek a new alliance with an independent Kurdistan, which longs for freedom from Iraq’s bitter sectarianism.