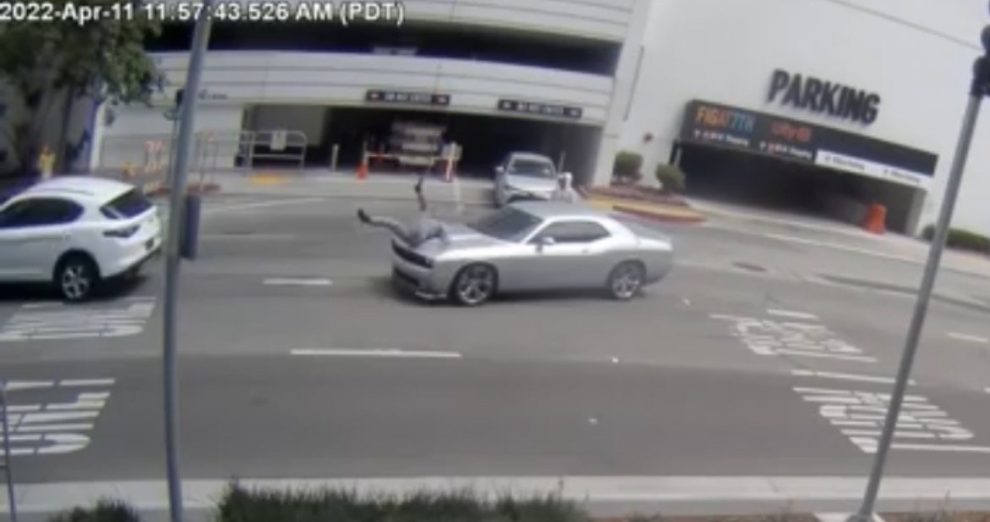 Meanwhile in the 3rd world Democrat hellhole of Los Angeles…

Roving gangs are following wealthy people to their homes and stealing their designer handbags and jewelry.

“According to Capt. Jonathan Tippet, who spearheads the task force, police have identified at least 17 gangs, most based out of South L.A. and operating independently, that are involved. There were 165 such robberies in 2021 and 56 so far this year, he said, including several over the weekend.” the Los Angeles Times reported.

LAPD said in many cases the thieves are released shortly after being arrested to go on and commit more crimes.

According to the Los Angeles Police Department, a woman was struck by a vehicle during a ‘follow home’ robbery in broad daylight on Monday.

Two suspects followed the female victim after she exited a jewelry store.

One suspect exited a Dodge Challenger, approached the woman’s vehicle and shattered her driver side window.

The woman tried to flee on foot but the thieves pursued her and mowed her down with the Dodge.

The victim rolled over the hood of the Dodge and landed on the ground where she quickly removed her watch and threw it on the street.

More from the LAPD:

On April 11, 2022, around 12:02 p.m., the victim was at a jewelry store in the Jewelry District of Downtown Los Angeles when she was followed by suspects in a silver colored Dodge Challenger. As the victim approached the intersection of 8th Street and Francisco Street, a suspect exited the Dodge Challenger, approached her vehicle, and with an unknown hard tool, shattered her driver side window. The victim attempted to drive away but was unable due to heavy traffic. When her vehicle stopped, the victim exited her vehicle and ran westbound on 8th Street seeking help. The victim attempted to flee on Francisco Street, but the suspects continued to chase her. She returned to 8th Street and ran westbound. At this time, the suspects continued to follow the victim in their vehicle, accelerating and striking the victim as she fled westbound on 8th Street. Once on the ground two suspects emerged from the Dodge Challenger, one armed with a handgun. Victim immediately removed her watch and threw it on the street. The suspects retrieved the watch and drove away.

Both thieves, simply described as males wearing ski masks, were armed with handguns.