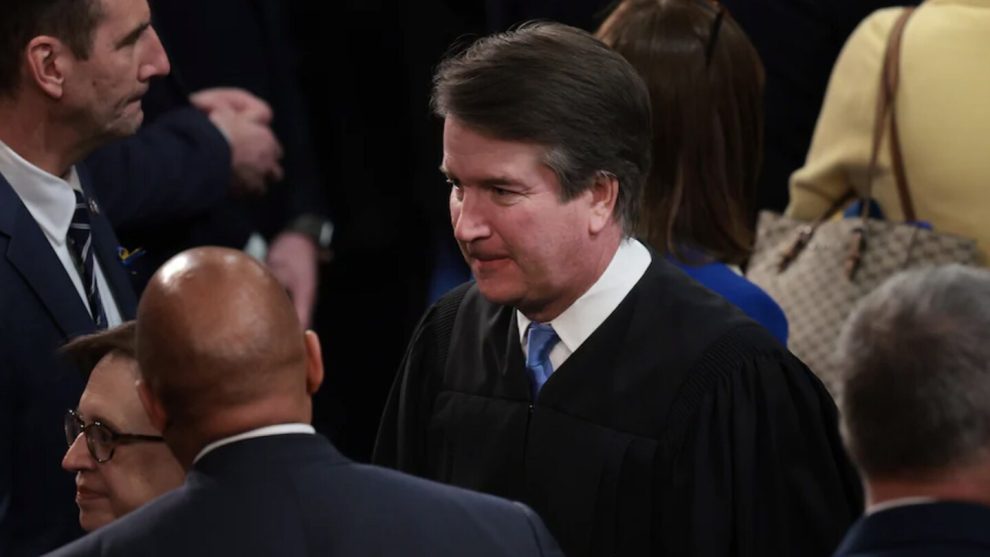 “A California man carrying at least one weapon near Brett M. Kavanaugh’s Maryland home has been taken into custody by police after telling officers he wanted to kill the Supreme Court justice,” reports the far-left Washington Post.

From the looks of it, the Democrat party and corporate media’s jihad against Kavanaugh, the one that started with all those lies about him being a serial rapist in college and continues over the possibility that the atrocity known as Roe v. Wade might be overturned, has finally borne some wicked fruit.

“Two people familiar with the investigation,” continues the Post, “said the initial evidence indicates the man was angry about the leaked draft of an opinion by the Supreme Court signaling that the court is preparing to overturn Roe. v. Wade[.]”

He was also angry about the “recent spate [of] mass shootings,”—so, according to police, he grabbed a gun to go out and shoot a Supreme Court justice.

The suspect not only had a gun, he also had burglar tools.

Looks like we should also thank the corporate media for broadcasting the front of Kavanaugh’s home, which makes it so much easier for his enemies to find.

And let us never forget that, contrary to written law, His Fraudulency Joe Biden and his corrupt administration championed these mass and unruly protests outside the justices’ homes.

This is all on the media and Democrats who have demonized and scapegoated conservative justices as “threats to democracy” and worse. And in the case of Kavanaugh, the media demonized, smeared, and dehumanized this good man as a serial rapist and sexual predator.

Don’t you understand that this is what the left wants?

How much more evidence do you require?

They champion, encourage, excuse, and stand around doing nothing as Democrat-run cities are burned to the ground.

They open the prisons, open the border to drug and sex traffickers, mythologize the terrorists in Antifa and Black Lives Matter, leave schools wide open to mass shooters; they openly hope for Donald Trump’s death and assassination.

Oh, and while they’re doing all of that, they lobby to disarm us.

For the last five years, Democrats and the media have sided with, emboldened, and encouraged their Brownshirts in Antifa and Black Lives Matter to engage in political violence. Kavanaugh has been a prime target of these lies and hate campaigns for the last three years.

If this suspect is indeed guilty of what he is charged with, does anyone doubt he saw himself as a folk hero who would save democracy and earn his own MSNBC primetime hour?

It sure wouldn’t be the first time the media turned a violent leftist into a folk hero and media star.