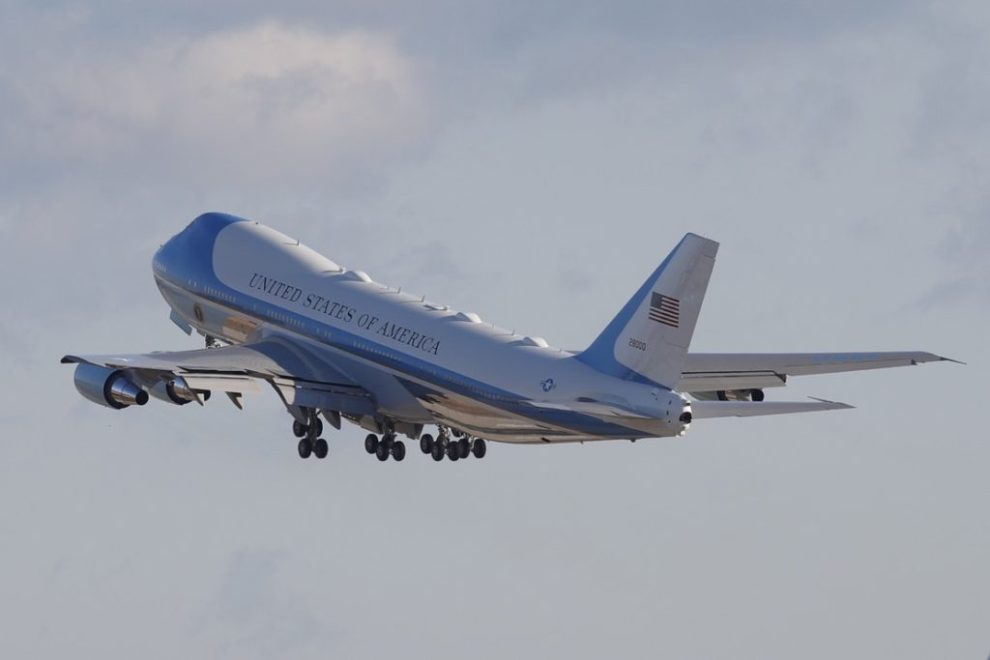 At around 9 p.m. Eastern on Sunday night, two people “failed to adhere to commands at security personnel” drove a car past a security checkpoint at the Main Gate of Joint Base Andrews, Maryland, prompting a lockdown. Vice President Kamala Harris was returning to Andrews with four Cabinet members after a trip to Selma, Alabama, around the same time, the New York Times reports.

According to a statement from base officials

“The 316th Security Forces Group immediately deployed the barriers and stopped the vehicle. Two individuals fled the vehicle, and one was apprehended by the 316th SFG. One individual remains at large.”

The individual who was apprehended had “a weapon,” the statement says, but the specific type of weapon wasn’t provided.

Officials closed the Main Gate and were diverting oncoming traffic to another gate as of the time the original statement was posted.

No description or name was given for the individual apprehended, and officials didn’t give any description of the suspect at large.

Reporters who had been traveling with Harris and her husband, Douglas Emhoff, told the New York Times that Harris and Emhoff “were safely flown off the base on Marine Two…although it was unclear if they left before or after they heard about the lockdown.”

In an update posted just after midnight, or approximately three hours after the incident, officials said that an “initial sweep” was still being conducted “across the installation with base housing as our first priority” and that a “deep search will occur across the base” if the intruder isn’t found in the initial sweep.

Why wouldn’t they provide a physical description of the intruder who prompted the lockdown, sweep, and possibly a deep search? It would seem that would be helpful in quickly locating the intruder. Why does the wording of the second statement seem to imply that there’s a decent chance the “intruder” would be found in base housing?

At the time of publishing one gate is still open at Andrews, but “everyone is encouraged to avoid the gate if travel on/off base is not necessary tonight,” officials say.