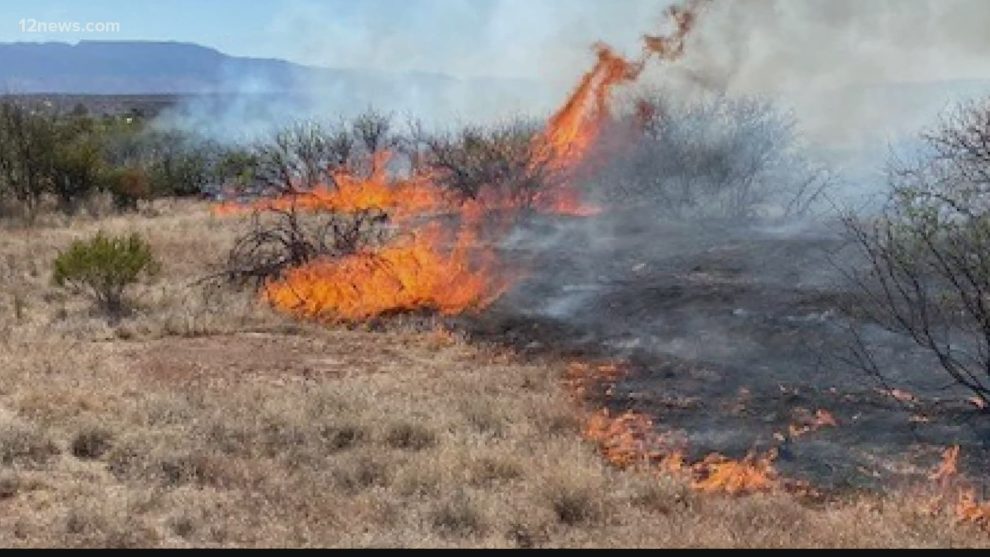 A fast-moving Arizona wildfire tripled in size on Wednesday as weather conditions are expected to worsen, further fueling the massive wind-driven blaze.

The so-called Tunnel Fire has grown to nearly 20,000 acres, up from 6,000 acres Tuesday, as it burns 14 miles north of Flagstaff. Conditions are expected to become windier Thursday and Friday with gusts up to 50 miles per hour in most of northern Arizona, according to a U.S. Forest Service statement.

At least 25 structures were burned as the fire moved through the Timberline Estates and Wupatki Trail communities, according to Coconino County officials. Thousands of people have been forced to evacuate their homes.

Coconino County Sheriff Jim Driscoll said there is no set date for when people will be able to return to their homes.

Officials are working to provide temporary housing for people displaced by the fire, in addition to setting up an evaluation center at an area middle school.

The Tunnel Fire started around 4:30 p.m. Sunday. The cause of the fire remains unknown. The National Forest Service said there were no indications, as of now, that a campfire could have sparked the blaze.

A fire investigation team is working to determine the cause of the fire. Teams are set to conduct infrared flights Wednesday night and Thursday to identify intensity and other characteristics of the fire.

At least 260 firefighters are battling the blaze with the help of three bulldozers, 24 fire engines, one air attack plane and a helicopter. The U.S. Forest Service said more air assets are on order.

Officials expressed concern about the risk of flooding from the upcoming monsoon season, saying it’s just another weather threat the community is facing.