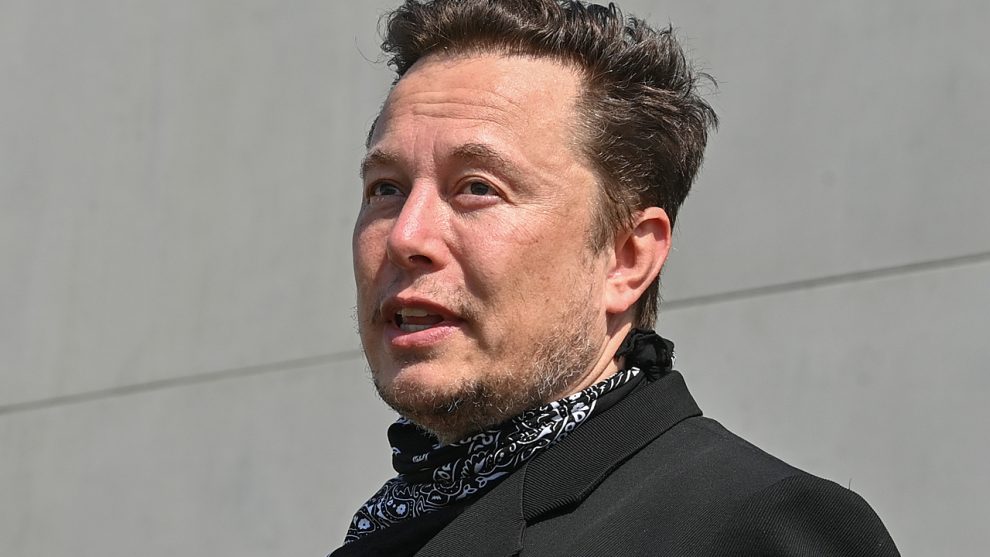 What would happen if Apple and Google banned Twitter from their app stores? That’s the question that was posed to Twitter CEO Elon Musk Friday, and as usual, he had a quick answer:

If Apple & Google boot Twitter from their app stores, @elonmusk should produce his own smartphone. Half the country would happily ditch the biased, snooping iPhone & Android. The man builds rockets to Mars, a silly little smartphone should be easy, right?

In other words, he’d tell the two giant corporations to go pound sand, and would take matters into his own hands:

I certainly hope it does not come to that, but, yes, if there is no other choice, I will make an alternative phone

Musk could potentially earn the wrath of the Apple/Google duopoly—the two companies who are the powers behind the iPhone and the Android-powered alternatives like the Samsung Galaxy, respectively—because of the changes he’s made since acquiring Twitter. Business Insider reports:

Apple has lengthy guidelines for apps, which they need to follow in order to become and remain available as an app on iPhones and other Apple devices. The leading principle of the guidelines is “safety.”

“When people install an app from the App Store, they want to feel confident that it’s safe to do so — that the app doesn’t contain upsetting or offensive content,” the first rule of the guidelines reads.

Musk has focused on stopping blatant censorship on the social media site in his short tenure, a step that is triggering liberals and woke companies. RedState has reported extensively on all those modifications, and has also described the drama behind the scenes at the company. Read all our coverage here.

App store fees are obviously too high due to the iOS/Android duopoly.

He might have annoyed Apple with that one. Last week, Phil Schiller, who heads the App store, deleted his Twitter account, which had over 200,000 followers. Was that in direct response to Musk’s complaint?

In addition, the usual suspects are pushing Apple and Google to boot Twitter. From The Washington Post, of course:

“Apple and Google need to seriously start exploring booting Twitter off the app store,” said Alejandra Caraballo, clinical instructor at Harvard Law’s cyberlaw clinic. “What Musk is doing is existentially dangerous for various marginalized communities. It’s like opening the gates of hell in terms of the havoc it will cause. People who engaged in direct targeted harassment can come back and engage in doxing, targeted harassment, vicious bullying, calls for violence, celebration of violence. I can’t even begin to state how dangerous this will be.”

Expect such hyperbolic pressure to increase as liberals increasingly freak out over Musk’s purchase of the bluebird.

Many Twitter users are enthusiastic about the idea of a new smartphone. Ron DeSantis advisor Christina Pushaw sounds like she’d buy one:

Do you support Elon Musk making a Tesla phone?

Other commenters pointed out new features that a new smartphone could have, such as better privacy protection than what’s currently offered by Google and Apple:

While I’d love to see Musk take on the challenge and bring back innovation to smartphones, and stick it to Google and Apple, I don’t truly think that’s likely to happen. Designing, manufacturing, and marketing a smartphone is no easy task. Even Google has had trouble, with its Pixel line only garnering two percent of market share of sales in the U.S. (that doesn’t mean they’ve failed—their Android operating software powers 71 percent of smartphones worldwide).

So my heart says, “do it, Elon!” but my brain says it’s unlikely. Even if he doesn’t, I love how he keeps fighting back against the corporate media’s narratives, and keeps tweaking the sensibilities of the infantile outrage mob who lives to be triggered and wants to cancel everything.

He reminds me of another man with grandiose ideas who likes to disrupt the status quo. Any guesses?