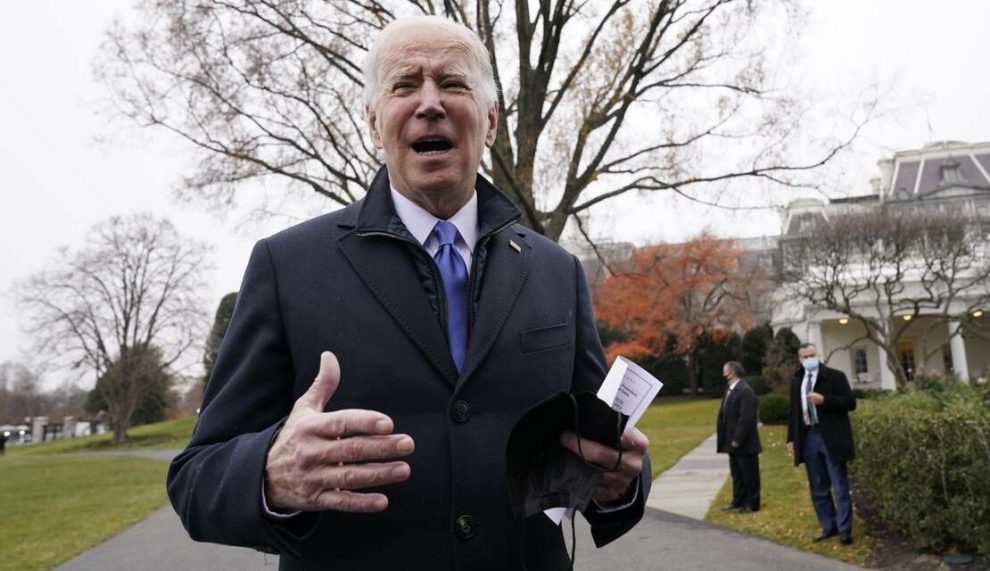 President Joe Biden has low approval ratings — lower than that of his historically unpopular vice president — but is his standing with the electorate worse than they indicate?

The Rasmussen survey is generally a good one since it samples likely voters and publishes a three-day rolling average; therefore the numbers are a good indicator of trends.

In Biden’s case, his approval rating has quickly dropped to 41%.

After surveying the damage of 2021 on several fronts, many readers ask me how more than 40% can approve of the president’s overall job.

Well, some are lying to the pollster purely out of party loyalty. We saw the same thing during the Barack Obama era. So it’s imperative to look beyond overall favorability numbers, which are driven by ideology and partisanship. Pollsters tend to get more honest answers when they focus on specific issues. And unsurprisingly, in Biden’s case, when you ask voters about important issues, most say he is doing a poor job.

It explained in part:

See also  The First Rule of Gay Club Is You DO NOT Talk About Gay Club! Groomer Teachers Plot on Zoom

Voters rate Biden even worse on immigration, with just 27% saying he is handling immigration-related issues well.

Regardless of what Democrats think, crime and immigration are major issues, and Biden is viewed as “poor” by a majority of voters on both.

“There’s not a person – I don’t care left or right – who will look you in the face and tell you Joe Biden is a well-liked president.” – @realcandaceO pic.twitter.com/4s6ckifenf

And all these numbers do not even include his disastrous handling of foreign policy, the southern border, the economy, or COVID-19, where Biden once saw positive numbers–but even the liberal media now says he’s failing there too.