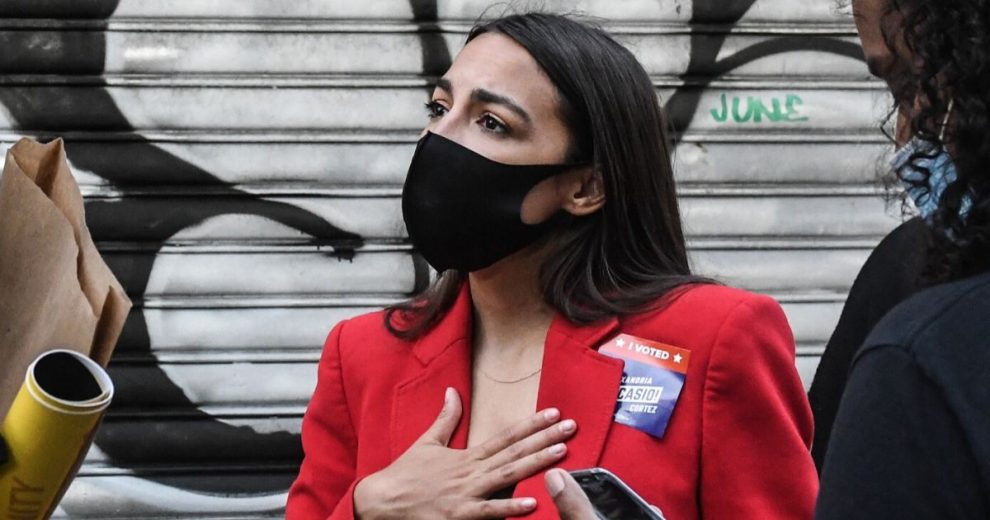 When taking questions from her constituents Thursday during a live Facebook town hall, the freshman Democratic lawmaker offered her take on the lawlessness, which is taking place amid anti-police rhetoric in the city and a conversation about defunding law enforcement agencies, which she supports.

“Why is this uptick in crime happening? Well, let’s think about it. Do we think this has to do with the fact that there’s record unemployment in the United States right now? The fact that people are at a level of economic desperation that we have not seen since the great recession?” she said.

“Maybe this has to do with the fact that people aren’t paying their rent and are scared to pay their rent, and so they go out and they need to feed their child and they don’t have money.

“So you maybe have to — they’re put in a position where they feel like they either need to shoplift some bread or go hungry that night. …

“Maybe it’s because of the fact that some people still haven’t gotten their stimulus checks yet.”

AOC on increased NYC crime: "Maybe this has to do with the fact that people aren't paying their rent & are scared to pay their rent & so they go out & they need to feed their child & they don't have money so… they feel like they either need to shoplift some bread or go hungry." pic.twitter.com/oHSTWWJZ6a

The congresswoman’s comments on Facebook were made prior to another weekend of violence in the city.

The New York Post reported 15 people were shot in New York from Saturday afternoon to the early morning hours of Sunday.

A 21-year-old Brooklyn man, who was among the victims, was shot in the head while sitting in a car Saturday.

Meanwhile, a 41-year-old man in Manhattan was shot in the chest by three people on bicycles, the Post reported.

At least four people in Queens were struck by gunfire during the same time period, as was another man in the Bronx.

AOC’s congressional district is made up of the east portion of the Bronx and also a portion of north-central Queens.

Later Sunday, a 1-year-old boy sitting in his stroller at a Brooklyn park was shot and killed.

AOC says people are committing crimes like this because they’re hungry https://t.co/73ghBvpIiF

The shootings are part of an increase in gun violence since protests in the city, some of which grew violent, began following the death of George Floyd while in police custody in Minneapolis on May 25.

During Ocasio-Cortez’s Facebook town hall Thursday, she claimed the increased violence is not connected to calls to defund the NYPD and actions taken by the city to partially defund the police department.

“The New York City Police Department has not been defunded,” she told her Facebook audience.

“These cuts aren’t really real. And again, they haven’t even happened yet,” Ocasio-Cortez said.

That unit, made up of some 600 officers, was focused on confiscating illegal guns from criminals and targeting the city’s most violent offenders.

The New York Times reported last month that the units were disbanded and the officers were reassigned, and law enforcement experts warned that the decision by de Blasio would come with consequences.

“Within the department, the anti-crime units were seen as an elite force aimed at disarming criminals in the city’s most violent pockets,” The Times reported.

Critics of the anti-crime units complained they were too aggressive.

According to police critics, though, the move to cut anti-crime units did not go far enough.

Ocasio-Cortez laid out her support for defunding her city’s police department in a statement June 30.

Gotham Gazette editor Ben Max shared her comments after de Blasio and the City Council agreed to pull $1 billion in funds from the NYPD.