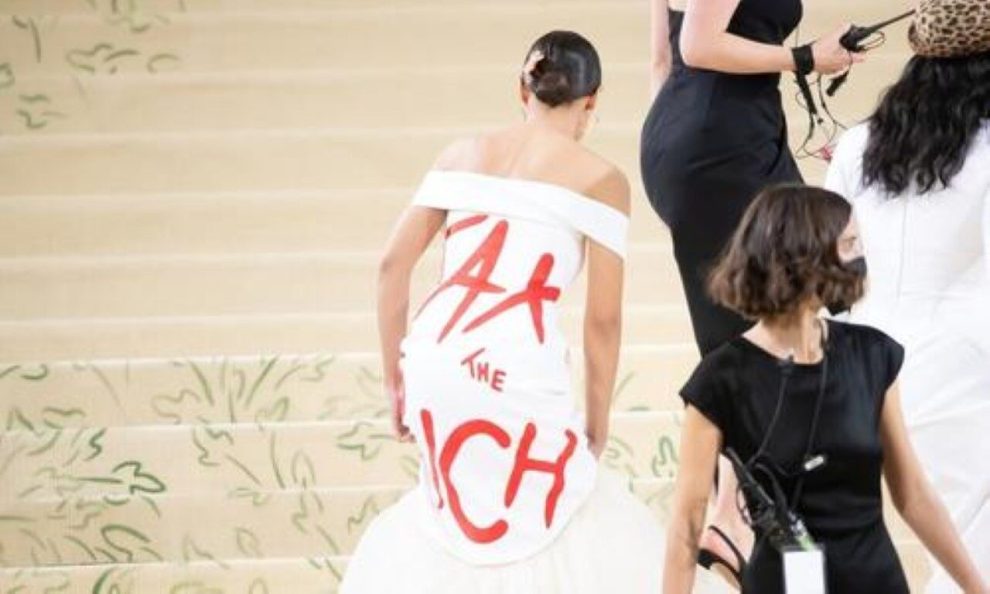 Rep. Alexandria Ocasio-Cortez, D-N.Y., got into a Twitter feud with a progressive journalist and former MSNBC host Thursday for skipping a labor union rally that she had pledged to be at last summer.

“Breaking Points” co-host Krystal Ball called out the Squad member for tweeting out support for a Staten Island Amazon Labor Union vote, after bailing on their union drive last minute back in August 2021 due to “scheduling conflicts” and “security concerns,” but still managing to make the Met Gala a few weeks later.

“Here’s the guy who organized the union drive talking about how you left them high and dry. These are your constituents, and you couldn’t be bothered to show up until they’re on the cusp of victory,” she tweeted at Ocasio-Cortez.

The progressive Democrat defended herself, saying the warehouse wasn’t in her district and she had scheduling conflicts.

“The warehouse isn’t in my district and maybe you should look at a map before claiming so. One scheduling conflict aside, we have requested oversight investigations into Amazon, met with Amazon workers in the Woodside warehouses, and more. Hope you do more due diligence next time,” Ocasio-Cortez tweeted.

Progressive journalist Jordan Chariton responded to Ocasio-Cortez’s explanation to Ball’s criticism, claiming that her team told workers “last minute” that they couldn’t come due to lack of security, not a scheduling conflict.

“I was told by workers that your folks told them at last minute it was a security issue—not a scheduling conflict. Whether ur district or not, you would think a NY Congressman could’ve tweeted support—particularly in final weeks—for one of the most important union drives in U.S.,” he tweeted.

While at first Ocasio-Cortez blamed scheduling conflicts she then admitted she feared “threats on her life” for not showing up to the labor event.

“Security was an issue as well. 2021 included a lot of high level threats on my life, which limited what activities I was able to do, especially those outside. The combination of that + when we are able to get resources/time to secure them creates scheduling + logistical conflicts,” she tweeted.

“With respect, there’s no security concerns with sending out support to @amazonlabor trying to win the first unionized Amazon to 13 million followers. Your voice and organizing power makes a difference,” he wrote back.

However, Ball questioned how Ocasio-Cortez didn’t seem to be in fear for her life a few weeks later at the glitzy Met Gala.

“No security concerns at the met gala,” she tweeted with a puzzled emoji.