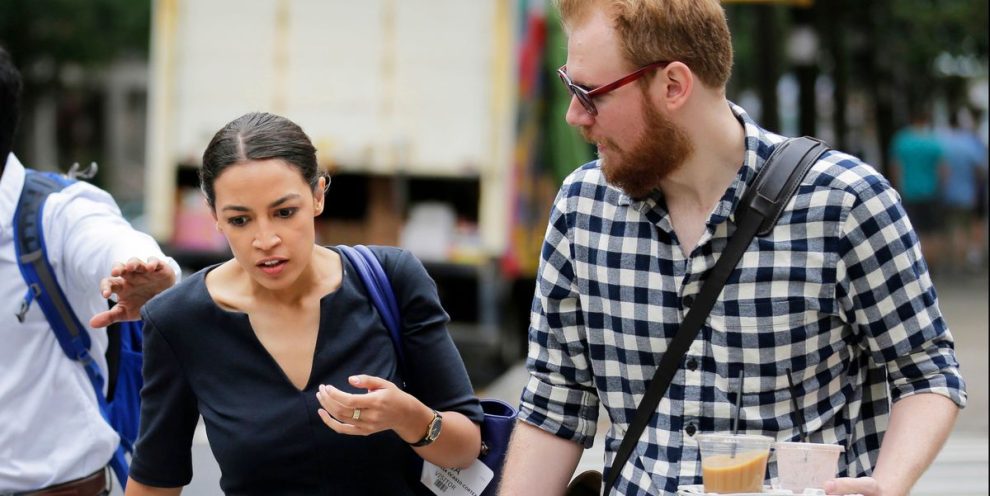 In one of her infamous Instagram-story posts, Rep. Alexandria Ocasio-Cortez and her beau gave her white followers some pointers on how they can fight against racism.

The video, which has re-surfaced from 2020, shows the progressive New York congresswoman and her then-boyfriend, now-fiancé Riley Roberts having the woke discussion.

“I think it’s helpful and important to talk to other white people about racism, and I think a lot of people, they don’t want to be racist,” Roberts said as Ocasio-Cortez looked on.

He then went on to say that his fellow white people can be racist without knowing it.

“They don’t think that they’re racist, but they also don’t know some of the things they believe or say are and can be racist.”

“One of the effective ways is just to talk and kind of help teach them about why some of the things they believe or say or think are wrong — not necessarily racist — but that they’re wrong and that will sort of chip away and contribute to some development in this area but not necessarily take somebody from being a racist to not being a racist in one conversation,” he added.

In a September issue of the men’s magazine GQ, Ocasio-Cortez, who is of Puerto Rican descent, voiced concerns about Roberts being white.

“She wasn’t positive that an intercultural, interracial relationship would be the right fit for her,” the puff-piece read.

In April, the pair did end up becoming engaged after all.

“…who, besides AOC, would be given the benefit of the doubt when one considered such a question?,” posed Charles C.W. Cooke of National Review. “I’m sitting here trying to imagine the reaction if, say, Senator Tim Scott had said that. Or Glenn Youngkin. Or Marco Rubio. Or anyone. They’d have been crucified.”

This passage, about AOC’s reluctance to marry someone of another race, illustrates the regressive impulse of some progressives. @charlescwcooke’s response is exactly right. https://t.co/9aQmgFfuHk pic.twitter.com/xU1RN4AL5y