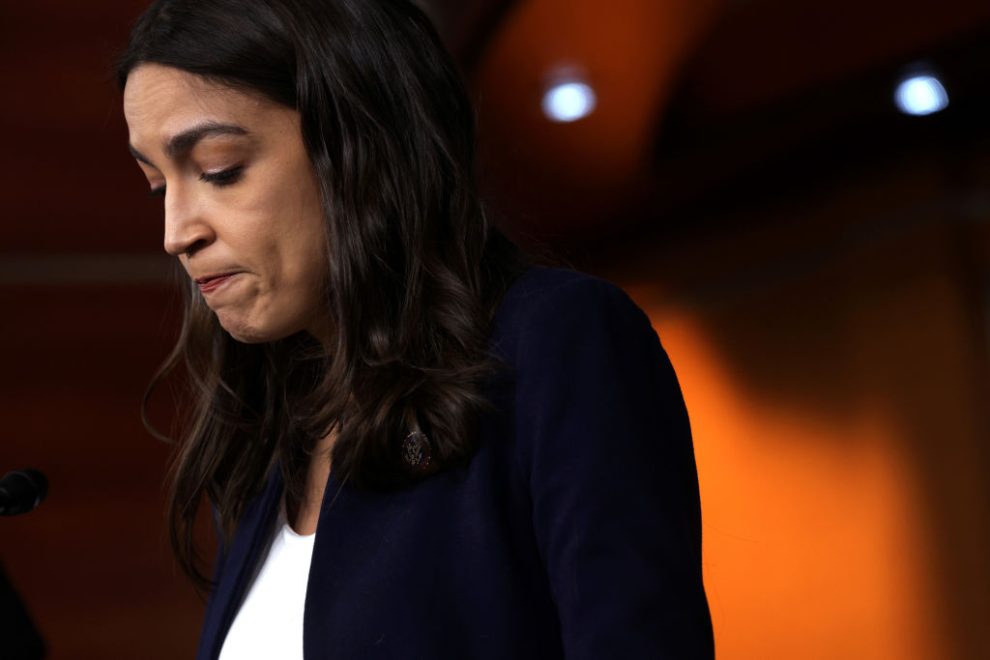 Rep. Alexandria Ocasio-Cortez recently said that we need more immigration because people are having fewer kids and she blames this on capitalism.

It’s remarkable how much stupid she can fit into such a short video clip.

Of course, if young people who might start having families are struggling right now, it’s largely due to the horrible economic environment created by Democrats, but she could never admit that.

Democratic socialist Rep. Alexandria Ocasio-Cortez has been a vocal critic of Texas Gov. Greg Abbott and Florida Gov. Ron DeSantis’ creative methods of shining a spotlight on the border crisis and out-of-control illegal immigration. But why?

Well, according to AOC, America should be so lucky as to be overwhelmed by illegal immigration, because we’re a capitalist country, and “under the burdens of capitalism,” we need lots of immigration to compensate for young people having fewer kids, and we need more people here so we can fund insolvent liberal programs like Social Security.

Democrat Rep. Alexandria Ocasio-Cortez says because of the “burdens of capitalism” people can’t have kids. pic.twitter.com/jnceTNbJis

I love when @AOC bitches about capitalism while filming on her iPhone and listening with her airpods.

These people are completely, utterly insane. And should be treated as such.

The irony of a woman who has never really worked in the private sector, is now a millionaire, and complains about 'burdens of capitalism' while wearing $300 airpods and $1000 phone is 'chef's kiss'. https://t.co/K5YoaotNdu

People who only get their news from the TVs on gasoline pumps are better informed than AOC.

She really is a special kind of stupid.