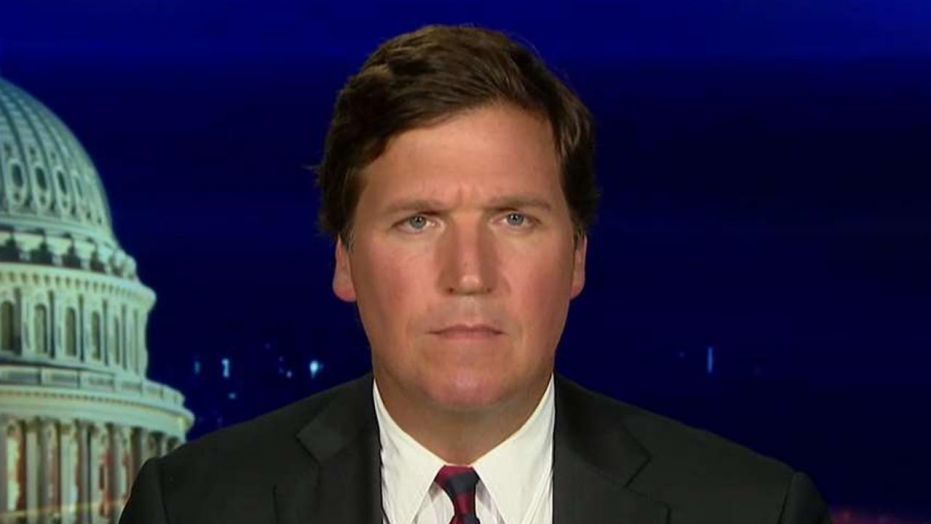 According to the Washington Metropolitan Police Department report:

On the listed date, [Susie Carlson] heard loud banging and pounding on her front door. [Susie Carlson] went to investigate and saw a large group in front of her home. They had a bull horn and were chanting loudly. She retreated to a room in the rear of her home and summoned police. MPD arrived on scene and found a group of approximately 20 people. It was discovered that unknown persons spray painted an anarchy symbol on the driveway. There were also signs left on the vehicles parked in the driveway as well as a sign left on the front door of the home. The signs made reference to [Tucker Carlson’s] political affiliation.”

Tucker Carlson told The Washington Post that the mob had blocked off both ends of his street and carried signs that listed his home address:

“Tucker Carlson, we are outside your home,” one person could be heard saying in the since-deleted video. The person, using a bullhorn, accused Carlson of “promoting hate” and “an ideology that has led to thousands of people dying.”

“We want you to know, we know where you sleep at night,” the person concluded, before leading the group to chant, “Tucker Carlson, we will fight! We know where you sleep at night!”
Carlson said the protesters had blocked off both ends of his street and carried signs that listed his home address. The group called Carlson a “racist scumbag” and demanded that he “leave town,” according to posts on Twitter. A woman was also overheard in one of the deleted videos saying she wanted to “bring a pipe bomb” to his house, he said.

“Tucker Carlson wasn’t merely ‘targeted by protesters,’ as some media reported. His family was terrorized by a mob of 20 people who vandalized his property,” Judicial Watch President Tom Fitton said.