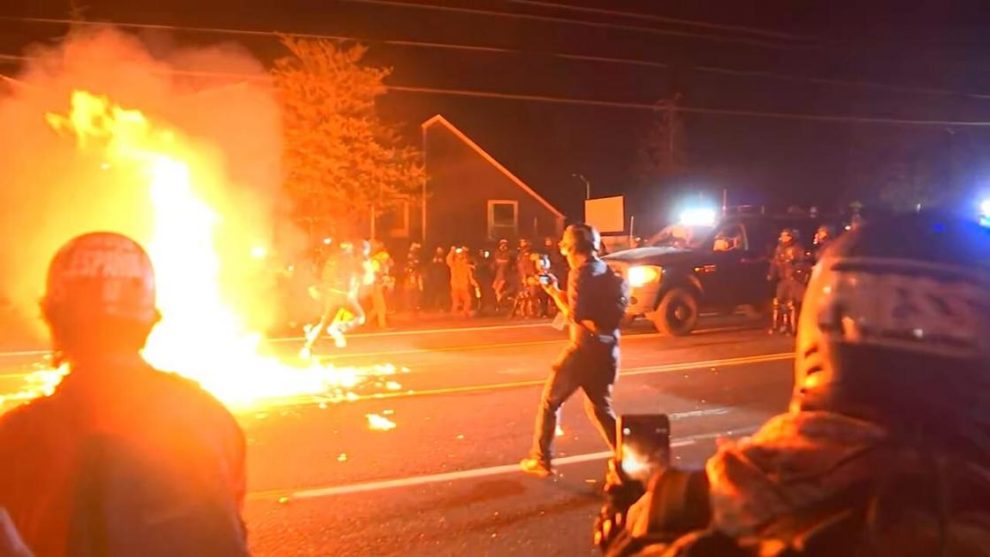 Following the attacks, police declared the demonstration a riot and ordered the anarchists to disperse. Antifa rioters refused to comply.

Antifa rioted in downtown Portland for New Years in a planned & pre-announced night of violence. They smashed up small businesses, started fires & even pushed outnumbered law enforcement back. #PortlandRiots pic.twitter.com/MlBoJJSOU9

Antifa force law enforcement to retreat as they move in closer and closer to attack the officers outside the Justice Center. #PortlandRiots pic.twitter.com/YAW7IJjHGp

As they retreated, emboldened rioters hurled large rocks or bricks at police with more fireworks.

Outnumbered law enforcement retreated as antifa launched attacks on them in downtown Portland at the riot. #PortlandRiots pic.twitter.com/3uysqRMlnS

Independent journalist Brendan Gutenschwager captured much of the lawlessness and violence against police and the downtown businesses.

The rioters set fires in the streets and attacked the federal courthouse and multiple businesses, including another Starbucks and multiple financial institutions.

Antifa started multiple fires at their riot in downtown Portland after smashing up businesses. #PortlandRiots pic.twitter.com/TH7lryN9f2

Portland Tribune reporter Zane Spalding reported this is the end of the line for this Starbucks. “Starbucks is leaving. They’re gone,” an employee told Spalding. “They’re not gonna come back after this … we took our fences down thinking everything was quiet. Bad move.”

Employee of Standard Insurance says 41 windows on Portland office tower were broken, each costing $5,000 each:

“Starbucks is leaving. They’re gone. They’re not gonna come back after this… we took our fences down thinking everything was quiet. Bad move.” pic.twitter.com/04UZ7cFbBG

Tonight’s protest in downtown Portland appears to be mostly over… here’s some of the aftermath pic.twitter.com/4sGeEOML7Z

Police make a push through Chapman Square after reinforcements arrived, as the assembly is declared a riot over the LRAD in downtown Portland #PortlandProtests #PortlandRiots #Portland pic.twitter.com/iqABClEiLb

Police move in to make arrests of some of the Antifa activists at the end of tonight’s demonstration, after nearly a dozen businesses were broken into. The rest of the crowd scattered through downtown #Portland #NYE #PortlandProtests pic.twitter.com/Bj3r7vWOGQ

Police officials said they made multiple arrests and are still compiling information.

“Portland Police officers citywide had to be pulled from answering emergency calls to respond,” officials wrote. “Law Enforcement officers from the Federal Protective Services and the Multnomah County Sheriff’s office also engaged the crowd and were targeted with dangerous projectiles.” 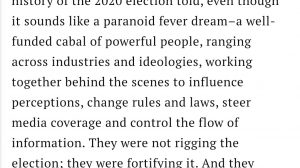 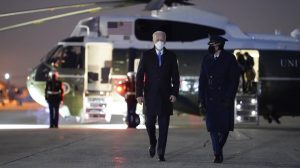 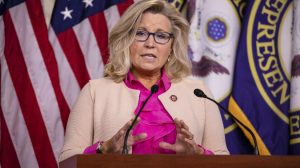