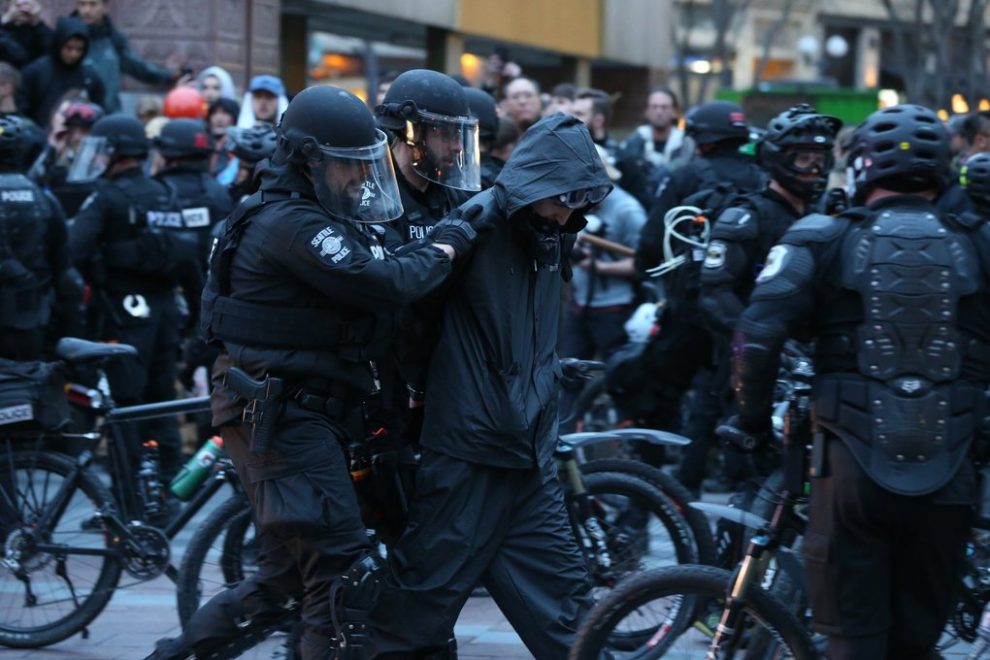 Police in Seattle declared an Antifa May Day protest to be a riot after marchers reportedly assaulted cops and a small child. The rioters continued, marching into the streets committing crimes.

Antifa began a May Day demonstration in Cal Anderson Park in Seattle on Saturday evening, according to a tweet from the Seattle Police Department. The protest became violent as Antifa began throwing flares, bottles, eggs, paint, and a bag filled with an unidentified liquid.

Crowd at Broadway and Pine is throwing bottles, rocks, and paint at officers. Police are now issuing a dispersal order and are making two arrests.

Independent journalist Katie Daviscourt tweeted a video showing police following the marchers and saying someone in the crowd had assaulted a small child a few minutes earlier.

I am on the ground in Seattle for May Day. pic.twitter.com/48z5tKV1jM

Daviscourt reported police were unable to identify the person who actually committed the assault and not make an arrest in that case.

Update on Antifa’s assault of a small child at today’s May Day march in Seattle: SPD attempted to identify the suspect but failed to do so. Therefore, no arrest was made on the individual during the March.

Seattle police began making other arrests as the crowd became violent and refused an order to disperse.

Multiple arrests have been made at Cal Anderson after an Antifa militant threw water at myself. pic.twitter.com/UtzQXKz3Qt

A man under arrest is being carried out by Seattle PD. pic.twitter.com/e7axuawWGI

Officers have made four arrests at Cal Anderson Park. More details as they become available.