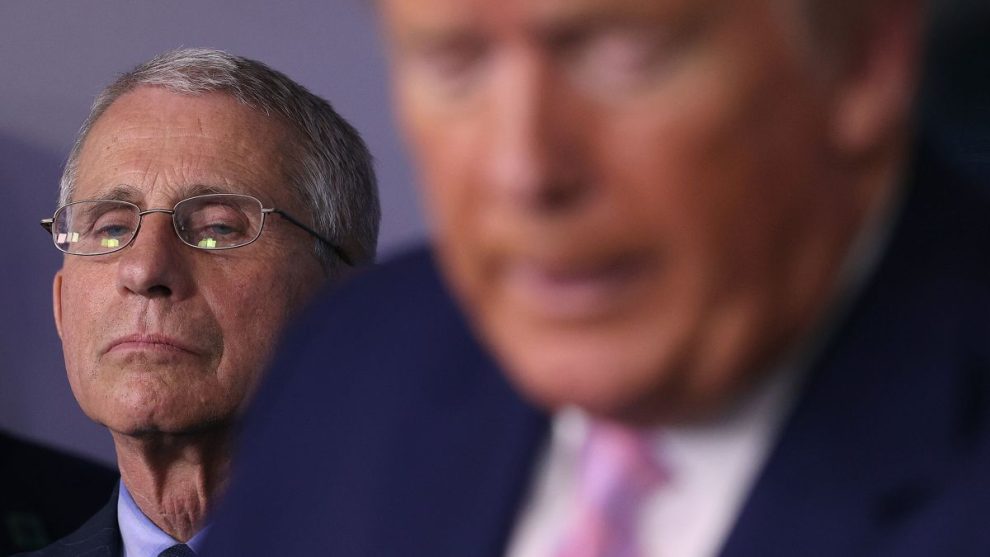 The National Institute of Allergy and Infectious Diseases director used an interview on CNN to reveal he does not want to serve under the former president if he is re-elected in 2024 and would likely resign.

“If Trump were to return to the White House as President, and COVID was still a threat or there was some other public health emergency, would you have confidence in his ability to deal with a pandemic of this nature? Would you want to stay on at your post?” Acosta asked Fauci.

“Well, no to the second question,” Fauci added, before continuing.

“If you look at the history of what the response was during the administration, I think, you know, at best, you can say it wasn’t optimal,” Fauci said. “History will speak for itself about that.”

Fauci’s antipathy towards Trump was made plain on notable occasions, none more so than when he accused the former president of “poisoning the well” on vaccinations, as Breitbart News reported.

Previous to that he questioned the Trump administration’s vaccine rollout efficiency and publicly called into question Trump’s ability to deliver on his promises to protect all Americans during the height of the coronavirus pandemic.

Last month Fauci continued on that theme when he said while it was unpleasant to maintain his integrity, he had no choice but to correct Trump during the White House 2020 coronavirus press conferences if the president was forwarding what he called “misinformation.”

Fauci said, “the divisiveness during the Trump administration” made his job difficult, adding “it was no secret that I had to do something that was not pleasant and not comfortable, and I didn’t desire it.

Fauci, 82, has been the director of the National Institute of Allergies and Infectious Diseases since 1984.

He was appointed as Chief Medical Advisor to the Biden administration in 2021.