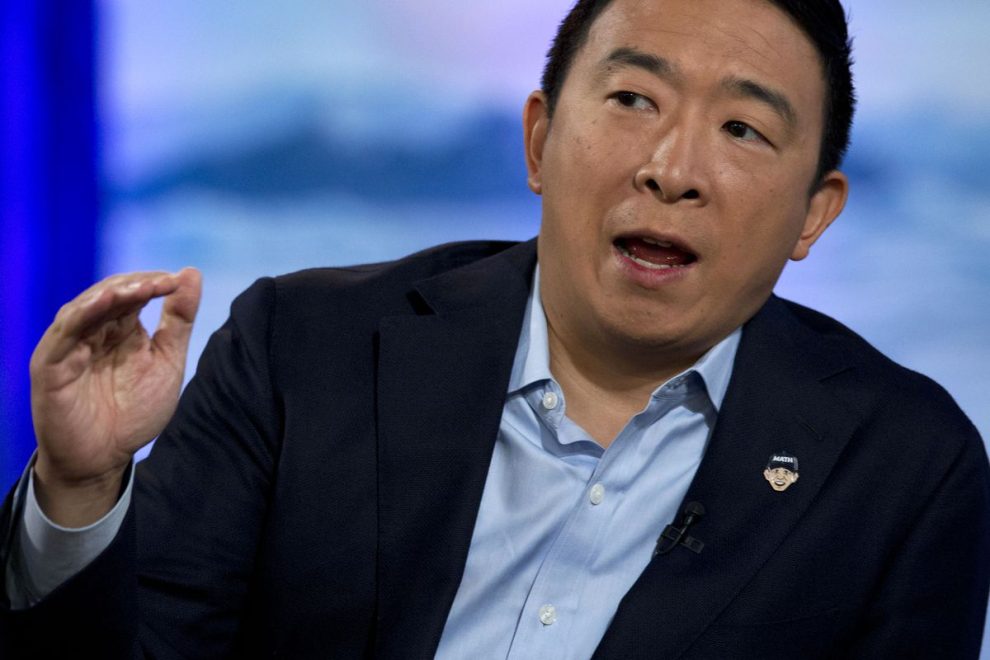 Almost as common as recognition that America’s two dominant political parties represent complementary threats to the republic are bloodless appeals to the mushy middle as an alternative. Like clockwork, smart political figures propose tepid, middle-of-the-road policies that, for some reason, they think will appeal to an impassioned and divided electorate. The latest such effort is the merger of three organizations into a rebooted version of Andrew Yang’s centrist Forward Party, a movement based on the dubious premise that “every problem has a solution most Americans can support (really).”

Whitman, it should be noted, was (and may still be; the moribund organization still has a website) on the board of directors of Americans Elect, another such centrist effort to challenge the major parties. That organization achieved the difficult task of getting on the ballot in a majority of states for the 2012 presidential election before its byzantine nomination process failed to pick a candidate.

Since then, satisfaction with the country’s path has declined even as polarization increased. Political violence is now a real part of American life. In this fractured environment, Forward Party backers see opportunity to create a new broad-based, non-ideological political party.

“Most third parties in U.S. history failed to take off, either because they were ideologically too narrow or the population was uninterested,” Yang, Whitman, and Jolly wrote in the Post. “But voters are calling for a new party now more than ever.”

In fact, Gallup finds that a bare-bones 13 percent of Americans are happy with the country’s direction, and a record 62 percent of respondents want to see a third party challenge Republicans and Democrats. Yang, Whitman, and Jolly approvingly cite this support across partisan identifications for another party as evidence that America is ready for their moderate alternative. But, when you dig deeper and ask people what they want of their political representation, the data, like the country, is fragmented.

That potentially represents support for a centrist alternative, but not as the overwhelming preference that Forward Party supporters envision. If that party could be built into a viable organization that wins ballot access and actually nominates candidates (unlike Americans Elect), it might have a constituency if it can motivate voters with split-the-difference takes on the few issues party leaders mention.

These positions all represent vague, meh-style compromises on matters about which many people are passionate. The United States may end up adopting some variation of such policies (really, it already has), but the energy is entirely with the activists who really care about issues, not with those who throw up their hands and default to a middle road. And that doesn’t mean the debate stops; the argument continues so long as people care.

The Forward Party also vows to advocate for political process changes including ranked-choice ballots, open primaries, and easier voting. These may or may not be good ideas (Reason’s Scott Shackford has pointed out that ranked-choice voting isn’t as big a game-changer as its fans suggest). But these proposals are the stuff of wonkery, unlikely to build a passionate constituency.

Supporters of the Libertarian Party, Green Party, and other established but not especially successful third parties could certainly tell Forward Party organizers that enthusiasm isn’t enough. But it’s certainly necessary for establishing political organizations and keeping them going through long years of effort and frustration. Lukewarm commitment to the mushy middle is unlikely to unleash such energy.

Interestingly, while Yang, Whitman, and Jolly approvingly cite Gallup polls supporting an ill-defined third party, they ignore polling that offers a more-promising path than technocratic moderation. Americans consistently voice growing distrust in the federal government, greater faith in local government, and an increasing preference that states take the lead over D.C. in setting policy. At a time when people are at each other’s throats over politics, decentralizing decision-making (preferably to the individual) and easing escape from unwelcome policies by moving to the next town or state—what George Mason University’s Ilya Somin calls “foot voting”—might reduce tensions. That is, reviving federalism and localism could be more appealing to voters than yet another empty assertion that, deep down, we all favor “commonsense solutions” that strike many people as nothing of the sort.

In interviews with Reason and elsewhere, Andrew Yang, the most recently prominent of the Forward Party organizers, comes off as a sincere, solutions-oriented guy. But it’s not obvious that he recognizes that Americans of conflicting values and preferences want to live in different ways and by divergent rules. That blindness is apparent in the claim that “Every problem has a solution most Americans can support (really).” What if we can’t even agree on what constitutes a problem? What happens when the solutions embraced by some repulse others?

Like most centrist technocrats, the organizers of the Forward Party mistake governance for an engineering problem that requires a few tweaks to get it properly running. But governing involves messy moral arguments over the use of coercive force. Political debate assumes ongoing disagreement, and if people are sufficiently at-odds, there may be no easy solutions, let alone “commonsense” ones.