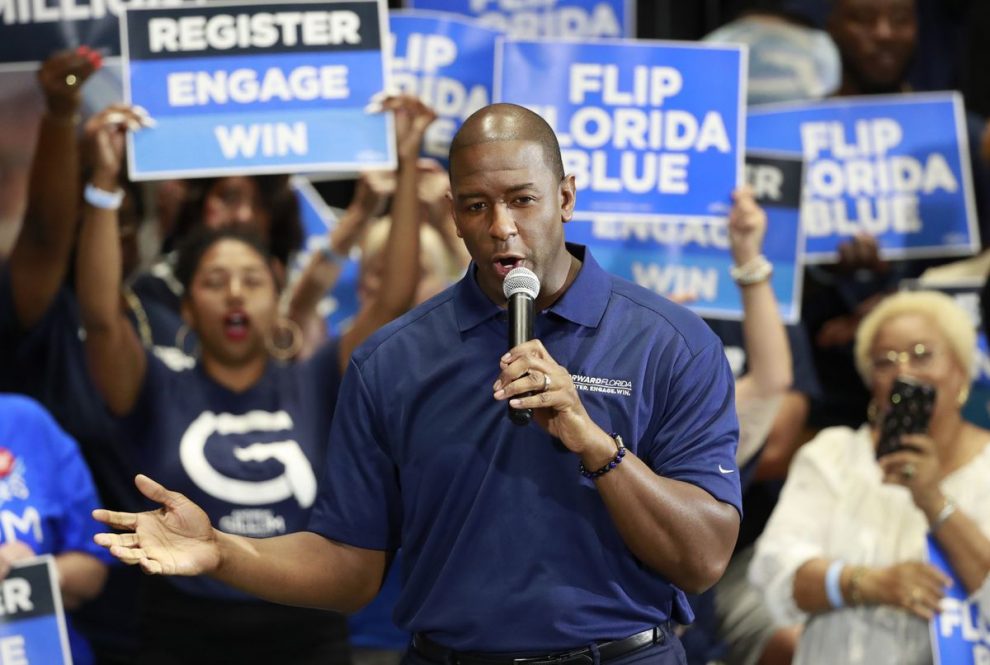 Failed Florida gubernatorial candidate Andrew Gillum (D) was allegedly involved in a suspected crystal meth incident on Friday morning at a Miami Beach hotel, according to a local police report.

The Miami Beach Police Department report states officers found Gillum inside a West Avenue hotel room with two other men shortly before 1:00 a.m., where first responders were providing medical attention to one of the individuals for a possible drug overdose.

“Mr. Gillum was unable to communicate with officers due to his inebriated state,” according to the report.

Adds he was unable to communicate with cops due to an “inebriated state.”

Gillum was sent home from the scene. @CBS12 is reaching out for comment. pic.twitter.com/QVo4WHcw4j

The report states that one of the individuals told authorities that he entered the room at 11 p.m. where he “discovered [the overdose victim] and Andrew Gillum inside the room under the influence of an unknown substance.” Gillum, the former mayor of Tallahassee, was discovered vomiting inside the bathroom.

“Inside of the hotel room, officers observed in plain sight three small clear plastic baggies containing suspected crystal meth on both the bed and floor,” according to the report.

A Miami Beach Police Department spokesperson confirmed the report and said arrests were made.

“At this time the incident is not being investigated as a criminal matter,” said Ernesto Rodriguez.

“I was in Miami last night for a wedding celebration when first responders were called to assist one of my friends. While I had too much to drink, I want to be clear that I have never used methamphetamines,” Gillum said in a statement. “I apologize to the people of Florida for the distraction this has caused our movement. I’m thankful to the incredible Miami Beach EMS team for their efforts. I will spend the next few weeks with my family and appreciate privacy during this time.”

Florida Republican Ron DeSantis defeated Gillum in the race for governor last November. He has since joined CNN as a political commentator.