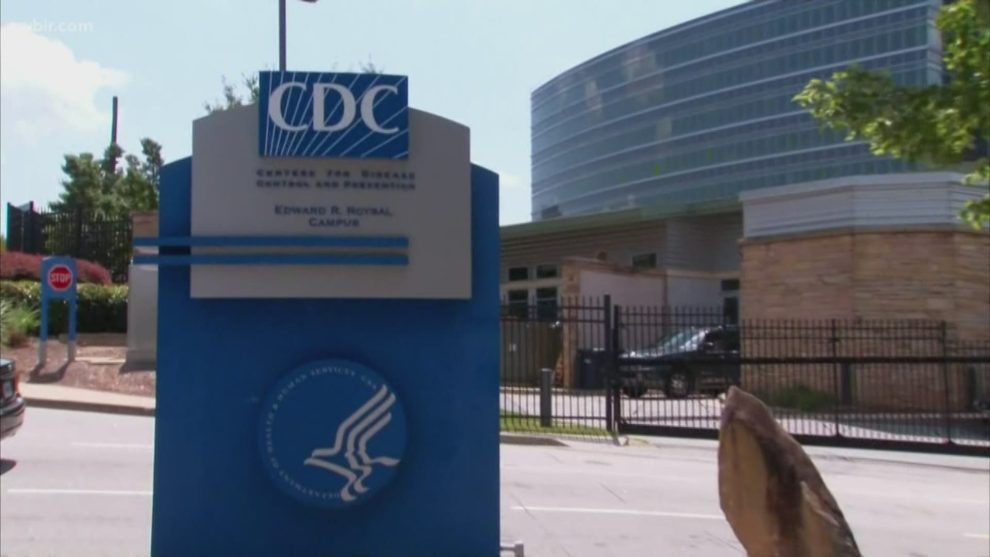 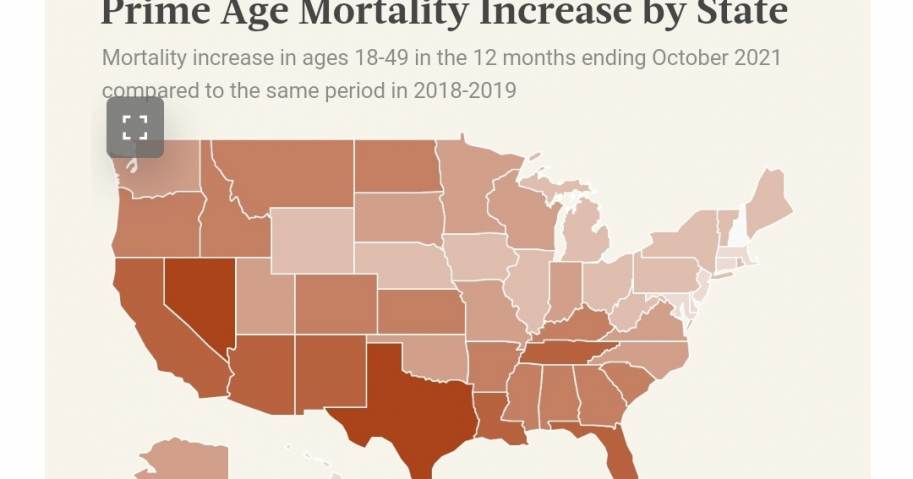 An analysis of CDC data that was recently released by The Epoch Times shows there has been an alarming increase in deaths among 18-49 year olds in the United States over the past year – but what’s most concerning is that the majority of the deaths were reportedly unrelated to Covid-19.

Deaths in this age group – which are traditionally the healthiest working-aged Americans – skyrocketed by more than 40 percent from October 2020-2021 compared to the same period in 2018-19, which was pre-Covid, according to the analysis of death certificate data from the Centers for Disease Control and Prevention (CDC) by the Epoch Times.

Just 42 percent of the excess deaths included COVID-19 on the death certificate as the cause or a contributing factor. It is not clear if the number includes vaccine deaths.

The new data almost exactly mirrors what the head of one of the United States’ largest insurance companies blew the whistle on earlier this month.

When broken down state by state, the spike in deaths among 18-49 year-olds is even worse than 40% in some places. The most dramatic increase was in the South, the Midwest, and the West Coast. Meanwhile, the northeastern states generally saw much milder spikes, per the ET analysis.

Texas, for example, saw the 18 to 49 age mortality jump by a whopping 61 percent – which was the second-highest increase in the country.

And just 41 percent of those excess deaths were attributed to Covid.

California rounded out the top five with a massive 55 percent increase, with just 42 percent attributed to COVID.

The only state that did not experience an increase in deaths among “prime-aged” 18-49 year olds was New Hampshire, which saw no mortality increase and, quite shockingly, no COVID deaths in this age group. Delaware, Massachusetts, Maryland had minor increases of 10 percent, 13 percent, and 16 percent respectively.

As to what is causing the shocking increase in death among prime aged Americans, it is still unclear. The CDC has not released detailed reports that include the cause of death – aside from those involving COVID, pneumonia, and influenza – as of yet for its 2021 data.

But when looking at the CDC data on deaths among this age group from 2019-2020, mortality increased by about 24 percent, with just under a third of those excess deaths involving COVID – indicating that the almost doubling year-over-year increase could be tied to the rollout of the vaccines.

Either way, the data speaks for itself. What is going on here?

When confronted with the data from the CDC analysis, health department officials in several states confirmed to The Epoch Times that they are “looking into” the astounding jump in deaths, but their responses did not sound too promising.

From The Epoch Times:

“’Our Center of Health Statistics is looking at the data,’ said Chris Van Deusen, the head of Media Relations at the Texas Department of State Health Services, via email. ‘We’ll get back with you.’

Shannon Litz, a public information officer at the Nevada Department of Health and Human Services, said via email she passed on questions regarding the mortality spike to the agency’s Office of Analytics “for review.”

The health department in Arizona did not even offer a response because the data is “not yet finalized,” and the District of Columbia Health Authority claimed they do not have someone on staff that’s qualified to analyze the data – but don’t worry, “the position is being advertised.”

“Robert Mayfield, spokesman for D.C.’s health authority, referred The Epoch Times to the district’s Office of Chief Medical Examiner (OCME), which suggested it lacked the expertise to analyze the phenomenon.

‘OCME does not currently have an epidemiologist (the position is being advertised) so it has no present ability to analyze the data,’ said the office’s spokesman Rodney Adams via email

Arizona’s Department of Health Services couldn’t respond to questions regarding the issue because its data is ‘not yet finalized,’ said Tom Herrmann, the agency’s public information officer, via email.”

Officials in Tennessee even explicitly stated they won’t even look into the excess deaths until the CDC can verify its data in “fall 2022.”

“When the 2021 data is finalized in the fall of 2022, we will have a better understanding of the data and a more detailed analysis,” Sarah Tanksley, communications director for the Tennessee Department of Health, said via email.

And as for the CDC and Biden’s Regime, they have refused to respond when presented with the data, according to the Epoch Times.

So much for ‘if we end up saving one life it will all be worth it.’

This has never been about saving lives.