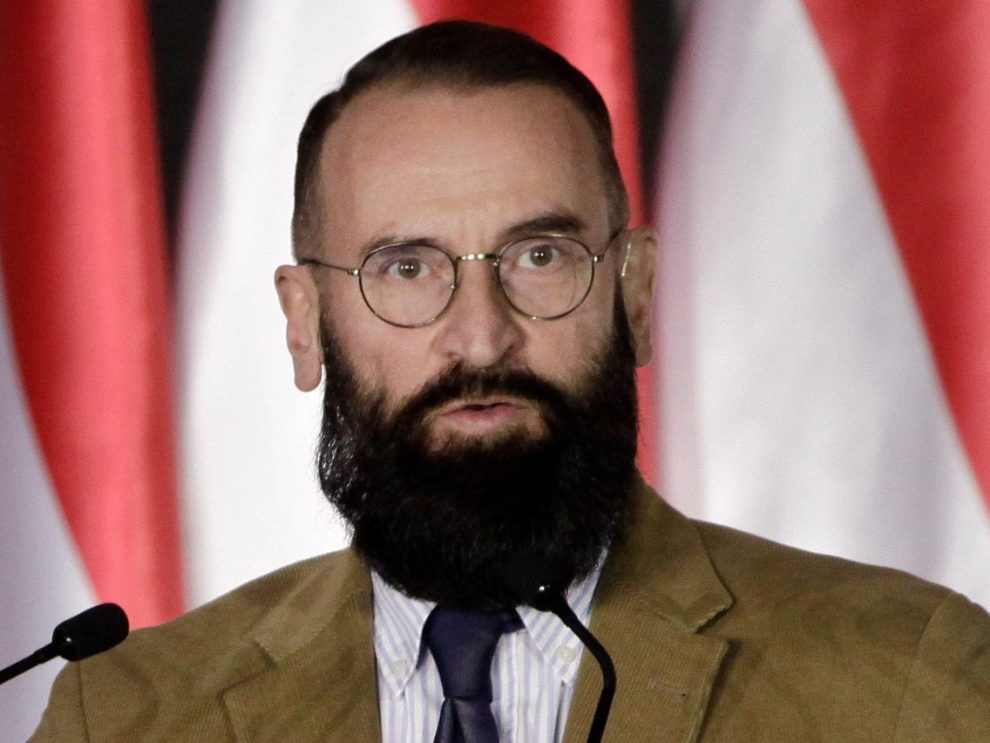 József Szájer resigned as an MEP on Sunday after he admitted breaching Belgium’s strict lockdown rules to attend a sex party, Politico reported. Police found 25 naked men at the gathering, including Szájer and a number of diplomats, according to Belgian newspaper La Dernière Heure. A source in the local police told the newspaper: “We interrupted a gang bang.”

Orban’s Hungarian government has curtailed LGBTQI rights since he was elected prime minister in 2010.

Szájer, who fronted Fidesz in the European Parliament, helped rewrite Hungary’s constitution to “protect the institution of marriage as the union of a man and a woman,” The Times of London reported.

The right-wing politician and ally of Orban was spotted by a local man “fleeing along the gutter,” the public prosecutor’s office said in a statement sent to Politico. A source close to the police investigation said officers were prompted to attend to the scene after “a legal complaint for night-time disturbance.”

Police found narcotics in Szájer’s bag. However, he insisted that he had not taken drugs.

The public prosecutor’s office said: “A passer-by reported to the police that he had seen a man fleeing along the gutter; he was able to identify the man. The man’s hands were bloody. It is possible that he may have been injured while fleeing. Narcotics were found in his backpack. The man was unable to produce any identity documents. He was escorted to his place of residence, where he identified himself as S. J. (1961) by means of a diplomatic passport.”

Szájer apologised for the incident, saying: “After the police asked for my identity – since I did not have ID on me – I declared that I was a MEP.

“The police continued the process and finally issued an official verbal warning and transported me home.

“I deeply regret violating the Covid restrictions, it was irresponsible on my part. I am ready to stand for the fine that occurs,” he said.

He announced his resignation as an MEP on Sunday, and asked people to treat the matter as “strictly personal” to him.

“I ask everyone not to extend it to my homeland, or to my political community,” he added.