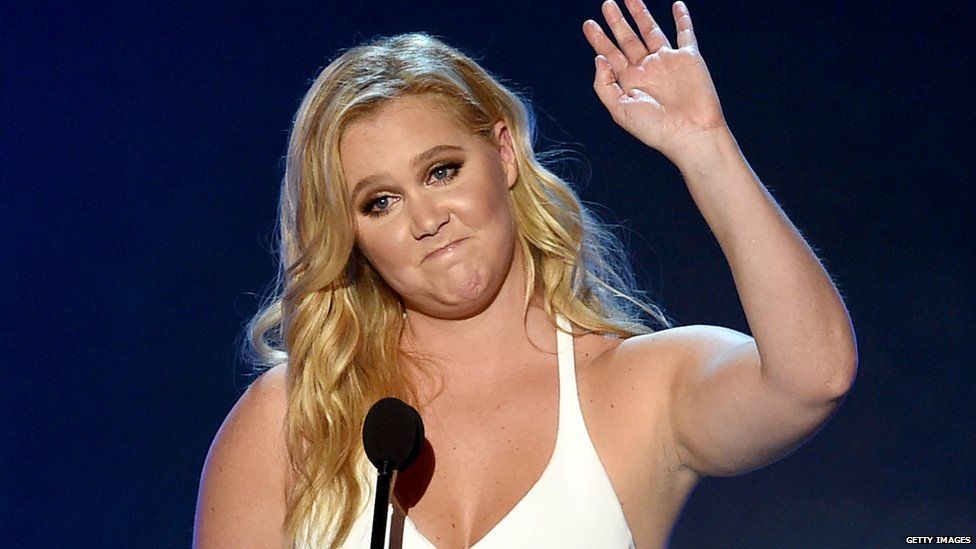 Amy Schumer, who is co-hosting this year’s Academy Awards, has revealed that she plunged into depression after Donald Trump was elected president in 2016, rendering her unable to continue with her Comedy Central series.

In an interview with The Hollywood Reporter, she atoned for her past jokes about black people, saying she participated in Black Lives Matter vigils and workshops every day for six months following the death of George Floyd. She also discussed her decision to go public with her liposuction.

Schumer will co-host the Oscars with Wanda Sykes and Regina Hall on Sunday, March 27. It will mark the first time the ratings-challenged ABC telecast will have a host since Jimmy Kimmel did the honors five years ago.

Schumer said Trump’s election left her “totally depressed and without anything helpful to say” with her Comedy Central sketch series, Inside Amy Schumer. The show was already greenlit for a fifth season, but Schumber decided to back out.

Since then, she has embarked on a movie career that kicked off successfully with Trainwreck in 2015, but then hit the skids with the box-office bomb Snatched two years later. After taking time off to get married and have a baby, she is now starring in the Hulu series Life & Beth, which she co-wrote and co-directed.

Schumer expressed remorse about some of her old stand-up jokes.

“I’m disgusted with some of my old material,” she told the Reporter, citing one joke in particular about black people not being able to swim. Schumer said she has “so much undoing to do,” revealing that she participated in Black Lives Matter vigils and workshops every day for six months following George Floyd’s death in 2020.

In January, Schumer revealed in an Instagram post that she underwent liposuction and as a result, now weighed 170 pounds. She said she did it to feel better about her body.

“It’s not about needing to be slamming, because I’ve never been famous for being hot, but I’d reached a place where I was tired of looking at myself in the mirror,” she said, adding that “grilled chicken and walks” weren’t going to fix the problem.