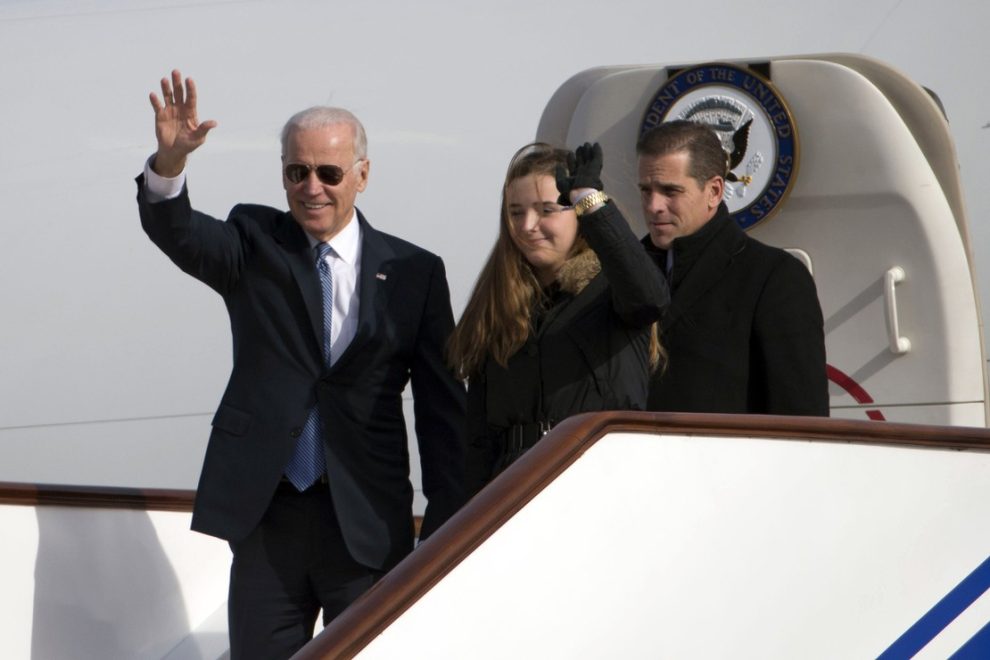 Well over a year ago, I wrote in the Briefing that Donald Trump’s biggest failure was not doing a thorough housecleaning at the FBI.

No doubt Trump agrees with me, given all that has been going on lately. Yesterday’s news revealed a double-whammy that added more clarity to just how heavy the Bureau’s thumb was on the 2020 presidential election scale, and all of it has to do with Joe Biden’s sleazebag progeny, Hunter.

It appears that the FBI was working overtime to make sure voters didn’t have information about Hunter Biden’s cocaine and hookers criminal antics. This is a shot/chaser kind of deal. Matt provides the shot:

According to Senator Ron Johnson (R-Wisc.), a whistleblower claims that FBI officials told investigators not to look into Hunter Biden’s laptop before the 2020 presidential election, saying they’re “not going to change the outcome of the election again.”

“These new allegations provide even more evidence of FBI corruption and renew calls for you to take immediate steps to investigate the FBI’s actions regarding the laptop,” the senator wrote in a letter to Justice Department Inspector General Michael Horowitz on Tuesday that detailed the whistleblower’s claims.

Surprise, surprise. It wasn’t the social media platforms alone that censored the Hunter Biden laptop story before the election. No, the FBI asked Facebook to censor the Hunter Biden laptop story before the 2020 election, calling it Russian disinformation. Indeed, FBI investigators knew the laptop and its disgusting contents were all too real because they’d held possession of the laptop since 2019. The laptop contained the disgusting details of Hunter’s sex and drug life, business dealings, and evidence of big paydays from Ukraine and China–all of which presented a national security risk to the U.S.

Democrats and their flying monkeys in the mainstream media like to refer to “The Big Lie,” which they use as a blanket statement for anyone who questions the integrity and/or outcome of the 2020 election.

The actual Big Lie is the Democrats’ insistence that the 2020 United States presidential election was clean and fair. The toxic, corrupt stench surrounding that election practically requires the wearing of a hazmat suit to examine closely. Anyone still claiming that the contest was pristine is a Constitution-hating pathological liar.

Much to the chagrin of the Democrats and the Deep State, this is still America. Interfering with an election is far, far worse than questioning an election.

Gosh, if only the United States had some sort of domestic law enforcement agency to prevent that kind of thing.

The Mailbag of Magnificence
Gotta love Fridays. Let’s start off with Brice:

Please… I’m begging you… no more Don Rickles. He’s worse than watching video of Hillary Clinton trying to act relatable to normal Americans or finding out the blind date your friends set you up with is Stacey Abrams.

Well Brice, since I’ve never met anyone who doesn’t like Rickles I’m going to take this as a cry for help. I’m also going to double my efforts to find new Rickles clips to share. Never let it be said that I don’t care.