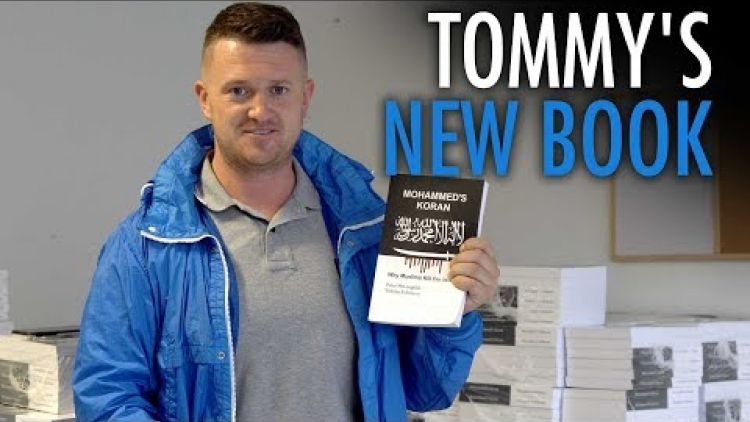 On January 7 of this year, I published an article at PJ Media about Amazon removing doormats featuring Qur’an verses from sale because the Council on American-Islamic Relations (CAIR) found them offensive. In that article, I asked:

How long will it be before Hamas-linked CAIR starts demanding that books that criticize jihad terror and Sharia oppression of women, gays, and others also be dropped by Amazon?

The answer turned out to be 51 days.

It’s the British government and the BBC, rather than CAIR, that are likely behind this, but Amazon has just dropped the book Mohammed’s Koran by the renowned British activist Tommy Robinson and Peter McLoughlin — and apparently only because its censors dislike Robinson. In the last two weeks, Robinson spectacularly embarrassed the BBC by exposing the bias and dishonesty of its reporter John Sweeney. The retaliation has been swift and severe: Robinson has been banned from YouTube and Facebook, and now his book has been withdrawn from sale.

[T]his is the twenty-first century equivalent of the Nazis taking out the books from university libraries and burning them. Can you think of another scholarly book on Islam that has been banned by Amazon? Mein Kampf is for sale on Amazon. As are books like the terrorist manual called The Anarchist Cookbook.

See also  Dick Cheney Tapes Ad for Daughter’s Campaign: ‘Never’ Has America Faced ‘Greater Threat’ than Donald Trump
→ What are your thoughts? ←
Scroll down to leave a comment: