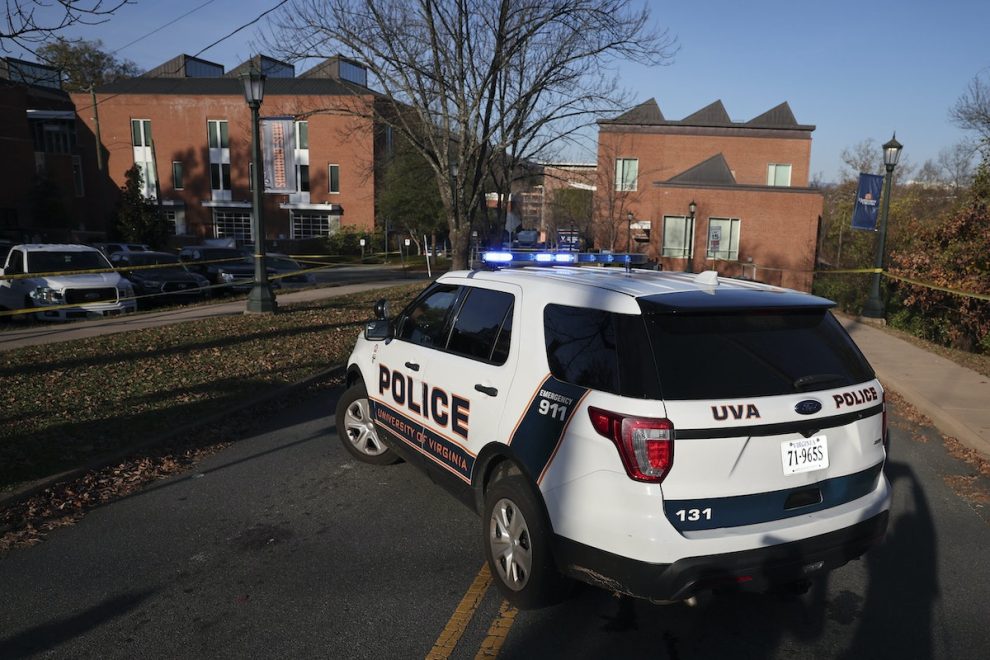 Three current members of the University of Virginia’s football team were killed Sunday night on a bus returning from a field trip, according to authorities, who announced a former player has been arrested in the mass shooting.

The slain players were identified by school President Jim Ryan as Devin Chandler, Lavel Davis Jr., both wide receivers, and D’Sean Perry, a linebacker and defensive end. Two other students were injured. The shooting prompted a lockdown on the school’s Charlottesville campus while police hunted the suspect throughout the night.

“This is a sad, shocking and tragic day for our UVA community,” Ryan said.

Now that the suspect is in custody, The Daily Wire is not naming him under a policy to deprive mass shooters of the notoriety they often crave. However, he is a former Cavaliers running back who was a member of the team as a freshman in 2018.

Davis, a junior from Dorchester, South Carolina, had 16 catches for 371 yards and two touchdowns this season.

“Saddening, saddening news this morning,” his cousin, Newberry College assistant coach Sean Lampkin, tweeted Monday. “God took one of his most kind, humble, loving soldiers off of the battlefield last night. Please pray for my family as we are devastated by the passing of my cousin Lavel Davis Jr.”

Perry, a junior from Miami, had five tackles in three games this season. Chandler, a junior from Huntersville, North Carolina, has not appeared in a game this season after transferring from University of Wisconsin.

Text messages went out to students warning them to shelter in place while the manhunt continued throughout the night. Monday classes were canceled and a state police helicopter flew over the grounds.

“I am on grounds like many of you; I am sheltering in place and in direct touch with University leadership and UPD,” the school’s vice president and chief student affairs officer Robyn Hadley told students in an email. “If you are not inside and safe, immediately seek safety.”

Virginia Governor Glenn Youngkin issued a statement about the shooting and the subsequent dragnet early Monday.

“This morning, Suzanne and I are praying for the UVA community,” Youngkin wrote. “Virginia State Police is fully coordinating with UVA police department and local authorities. Please shelter in place while the authorities work to locate the suspect.”