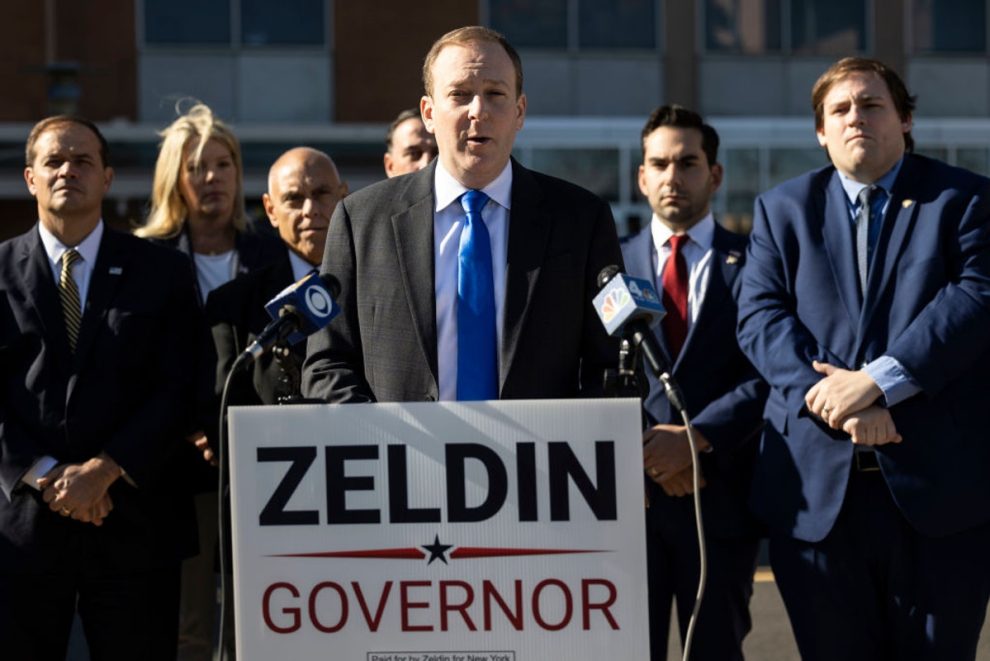 The man accused of attempting to assault Republican congressman and New York gubernatorial candidate Lee Zeldin (R-NY) with a weapon was released from police custody hours after the attack.

The suspect, 43-year-old David G. Jakubonis of Fairport, New York, was charged with attempted second degree assault and was “released on his own recognizance” Thursday, according to the Monroe County Sheriff’s Office.

Zeldin was speaking on an outside stage at a Veterans of Foreign Wars Post in Perinton, New York, when Jakubonis allegedly ran onstage and told Zeldin, “You’re done.” Jakubonis then allegedly swung a weapon at Zeldin’s neck.

Zeldin’s attacker was wrestled to the ground and there were no injuries as a result of the incident. Shortly after the attack, Zeldin predicted that his attacker would be released from custody.

“The attacker will likely be instantly released under NY’s laws,” he tweeted.

“Thank you to everyone who reached out following tonight’s attack in Fairport. Someone tried to stab me on stage during this evening’s rally, but fortunately, I was able to grab his wrist and stop him for a few moments until others tackled him,” the congressman also said.

“His right hand came up, I assume out of his pocket, and he had a blade on his hand,” Chenelly told Fox. “His fingers were like two finger holes in the blade and lunged at the congressman. And Congressman Zeldin blocked the first lunge. And then as he tried to lunge again, I grabbed him from behind and tackled him down to the ground and held him on the ground.”

A spokeswoman for Zeldin said that the incident was an example of “out of control crime and violence in New York.”

Governor Kathy Hochul (D-NY) condemned the attack, saying that violence “has no place in New York.”

Zeldin handily won the GOP nomination for governor last month and is now set to face Hochul, who took over for former Governor Andrew Cuomo following his resignation last August.

The House Foreign Affairs and Financial Services Committee member has held his seat in Congress since 2015 despite his battle with cancer that began in 2020. Zeldin revealed last September that he received a cancer diagnosis in November 2020 and had achieved complete remission.