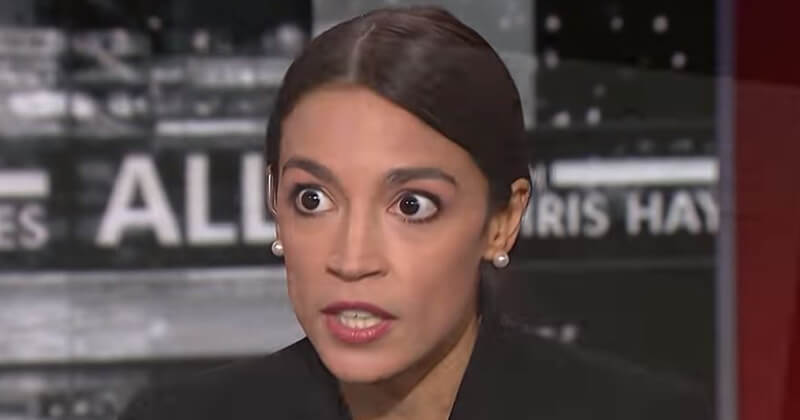 Rep. Alexandria Ocasio-Cortez has grown less popular in New York – even among Democrats – following Amazon’s decision to scrap its planned offices in Queens.

Thirty-one percent of registered voters in the state view the freshman House Democrat favorably, while 44 percent have an unfavorable view, according to a Siena College poll released Monday. In January, 34 percent of New York voters viewed Ocasio-Cortez favorably, versus 29 percent who had an unfavorable opinion, a Quinnipiac University poll found.

The poll findings come as President Donald Trump tries to cast Democrats’ economic policies as dangerously radical ahead of the critical 2020 election. With his re-election bid on the horizon, Trump and the Republican Party aim to lump all Democrats — particularly those challenging him for president and those in swing House districts — in with Ocasio-Cortez and other self-professed democratic socialists.

Ocasio-Cortez’s support has dipped among key constituencies since January. Her net favorability — positive minus negative ratings — among Democrats fell to +17 in March from +46 in January. In New York City, she had only a +6 rating in March, down from a +32 in January. Ocasio-Cortez represents parts of the city’s boroughs of Queens and the Bronx.

It is unclear how much of the drop in popularity can be attributed to the representative’s opposition to Amazon’s plans to build an office in Queens. Ocasio-Cortez, a magnet for media coverage, has publicly weighed in on a range of issues since she took office in January, while pushing ambitious, controversial policies such as the Green New Deal.

The change in her approval ratings may in part come from people knowing more about the lawmaker. Twenty-six percent of respondents to the Siena poll said they did not know how they felt about Ocasio-Cortez or had no opinion — down from 35 percent who said they had not heard enough about her in the Quinnipiac survey.

Still, her resistance to the Amazon project may not have helped. Only 21 percent of registered voters — including just 27 percent of New York City respondents — called Amazon’s decisions to scrap its plans “good” for New York.

A 38 percent plurality of respondents in the state consider Ocasio-Cortez a “villain” in the saga, while 24 percent call her a “role player,” and 12 percent say she was a “hero.” Amazon itself does not fare much better — 39 percent call the company a role player, 26 percent say it was a villain and 20 percent consider it a hero.

Ocasio-Cortez’s office did not immediately respond to a request to comment on the Siena poll. She and other opponents of the Amazon deal contended the e-commerce giant did not cooperate enough with local stakeholders. They have frequently criticized Amazon for its treatment of workers, and said the company’s presence would raise costs for current residents of the Long Island City neighborhood and the surrounding areas.

New York City and the state offered Amazon $3 billion in performance-based incentives to build part of its second headquarters in the city. The project was expected to create 25,000 jobs.

During his State of the Union address last month, Trump previewed his 2020 attack lines. He said “we are alarmed by new calls to adopt socialism in our country.”

“Tonight, we renew our resolve that America will never be a socialist country,” he said.

Trump has cited opposition to the Amazon project in his attacks on Democrats. He called it “the kind of thinking that our country is going to on the left, on the radical left.” Amazon’s departure is a “big loss” that is “not good for jobs” or the economy, the president said.

Ocasio-Cortez’s main policy priorities — such as “Medicare-for-All,” free public college, a Green New Deal and higher marginal tax rates on the wealthy— generally poll better than her stand against the Amazon deal.

The Quinnipiac poll of 929 New York State voters has a plus-or-minus 4.1-percentage point margin of error.