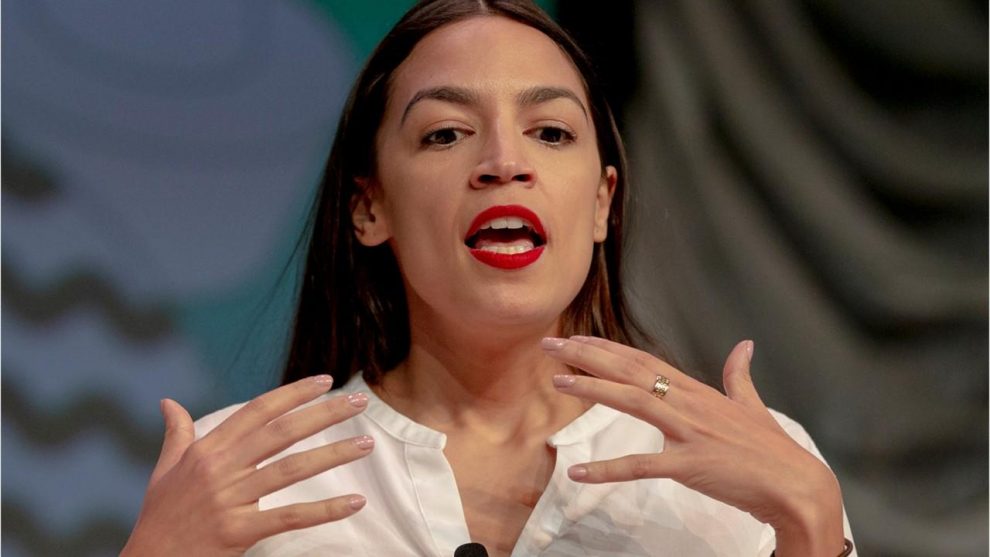 Rep. Alexandria Ocasio-Cortez (D-NY) on Friday used the negative economic reality caused by the Chinese coronavirus to take a shot at capitalism.

“When late stage capitalism takes a selfie,” the New York lawmaker wrote, providing a screenshot of a news report showing the DOW on the upswing and 16 million Americans losing their jobs:

Nearly 17 million Americans have filed for unemployment over the last three weeks as the economy virtually shut down as a result of the coronavirus. The vast majority of Americans are under some form of a lockdown order, leaving many small businesses struggling to stay afloat and millions of Americans unable to go to work.

“It’s not capitalism. It’s a virus,” one user said.

“Capitalism caused the pandemic?” another asked. “Coulda fooled me; I thought it was because the (communist) government of China lied to the entire world, forcing everyone to lock things down to prevent chaos.

“Government completely and forcefully shuts down the economy,” a Twitter user remarked. “And then it’s well we got a big problem with capitalism here. SMH.”

“Now do Socialism,” one added.

President Trump has yet to formally give a date for the reopening of the U.S. economy, but he has reportedly shown interest in May 1.

“I said it would be very tough, and I was criticized for that, so I don’t like giving dates,” he said during Wednesday’s White House task force briefing.

“I think we will be sooner rather than later,” he added.