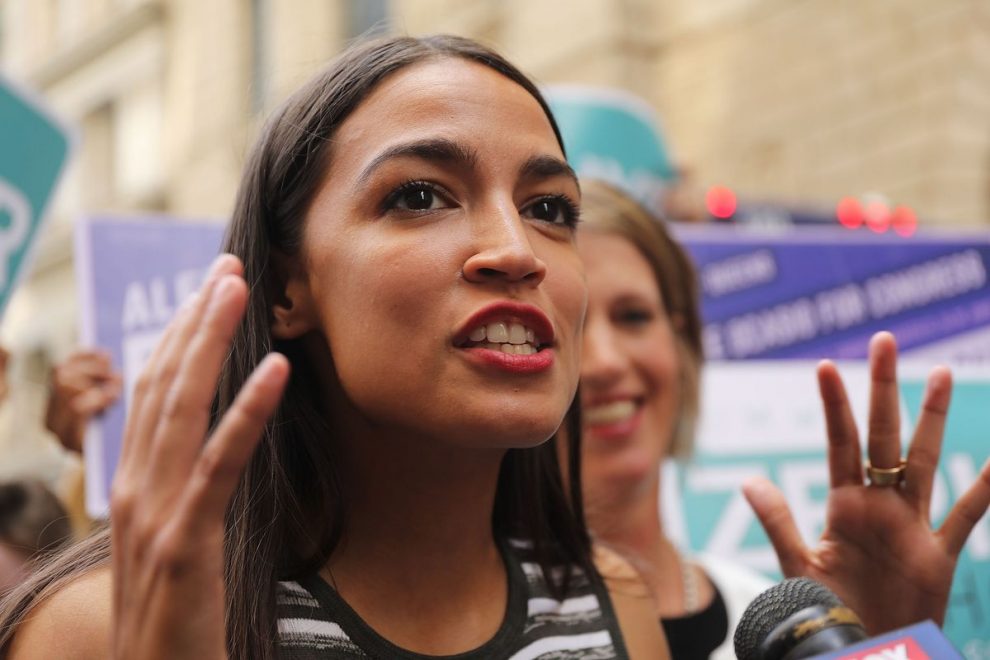 Representative Alexandria Ocasio-Cortez (D-NY) said on the nationally syndicated radio morning show “The Breakfast Club” that President Donald Trump is “scared” of her.

When asked about the supporters of Sen. Bernie Sanders called Bernie Bros, she said, “The thing about the internet is it just puts dehumanization on hyperspeed. And we see that all the way from our schools up to adults. It’s just too easy now for a kid to drop a comment for a person to drop a comment that they would ever say in real life.”

Co-host Angela Yee said, “You experience that a lot.”

Co-host DJ Envy said, “Like with the president. The president threw some shots at you that I think he would never say to your face.”

Ocasio-Cortez said, “Oh no, he would not.”

Ocasio-Cortez said, “Yeah, he never would, like, keep that same energy when he meets me.”

Charlamagne tha God said, “Keep that same energy when you see me, Donald!”

Yee said, “I think it’s a compliment when Donald Trump doesn’t like you. It’s like, I’m doing something right.”

Ocasio-Cortez “Yeah. Well, I mean, I think he’s scared. I think he is scared.”