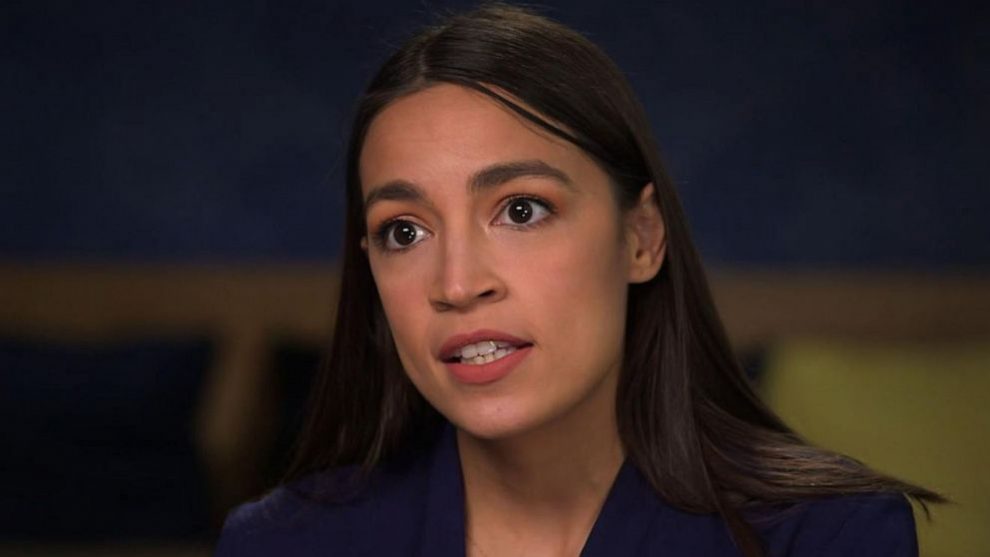 Rep. Alexandria Ocasio-Cortez (D-NY) called on U.S. Immigration and Customs Enforcement (ICE) to “end the carceral approach to immigration” on Monday, sharing a letter signed by several prominent radical left Democrats demanding an end of what they described as a “discriminatory criminal legal system.”

In a letter addressed to Homeland Security Secretary Alejandro Mayorkas and ICE Director Tae Johnson, the far-left Democrats highlighted concerns related to a February 18, 2021 interim enforcement memorandum issued by ICE, contending it does “not provide adequate protection for the liberty interests of recently arrived immigrations seeking humanitarian relief and further criminalizes and dehumanizes immigration by relying on the discriminatory criminal legal system”:

Recently, we led 34 colleagues in calling on ICE to end the carceral approach to immigration.

We need humane and just immigration policies that aim to end mass incarceration, criminalization and deportation of immigrants. pic.twitter.com/EInq4zMNA7

Any new guidelines, the Democrats said, should “not adopt flawed presumptions of what constitutes a threat to public safety.”

Specifically, they said the memo does not protect the “liberty interests of asylum seekers” by presuming that any immigrant who illegally entered the country on or after November 1, 2020, is a “border security enforcement and removal priority.”

The Democrats also took issue with the definition of “aggravated felony,” describing it as a flawed “relic of the racist War on Drugs”:

Second, the memorandum presumes that any immigrant who has been convicted of an “aggravated felony” is a public safety enforcement and removal priority. The definition of “aggravated felonies” is itself flawed — a relic of the racist War on Drugs — and should not hide the agency’s enforcement priorities. “Aggravated felonies,” a term specific to immigration law, include offenses that are neither “aggravated” nor “felonies” — for example, this category has been interpreted to include many state drug misdemeanors. “Aggravated felonies” as a category has been designed to ensure that people have as few rights as possible to fight detention and deportation. Moreover, we are concerned that the memorandum only requires that ICE officers have a “good faith belief” that someone has an aggravated felony conviction even while acknowledging that such a determination is “a complex question.”

Democrats also said the memo invites racial profiling “by presuming that an immigrant is a public safety enforcement and removal priority if they have been convicted of an offense in which an element was ‘active participation’ in a gang or someone older than 16 who ‘intentionally participated’ in a gang.”

“Giving ICE the discretion to determine what qualifies as ‘gang activity’ doubles down on an arbitrary and discriminatory framework used by law enforcement,” they said, adding that the country as a whole is currently at a “moment of reckoning” as communities, they claim, are seeking to end “mass incarceration and racist policing.”

“It is time t0 end the carceral approach to immigration, which relies on these flawed systems,” the Democrats said, urging the Biden administration to pursue “humane and just immigration policies that aim to end mass incarceration, criminalization and deportation of immigrants.”

The letter comes as far-left Democrats continue to push for mass amnesty for roughly 11 to 22 million illegal aliens. The Congressional Hispanic Caucus, specifically, is hoping for a massive amnesty deal following President Biden’s meeting with illegal aliens at the White House.

As Breitbart News reported, the Congressional Hispanic Caucus, has “officially endorsed an amnesty bill that would give amnesty to at least 5.2 million illegal aliens deemed ‘essential.’”