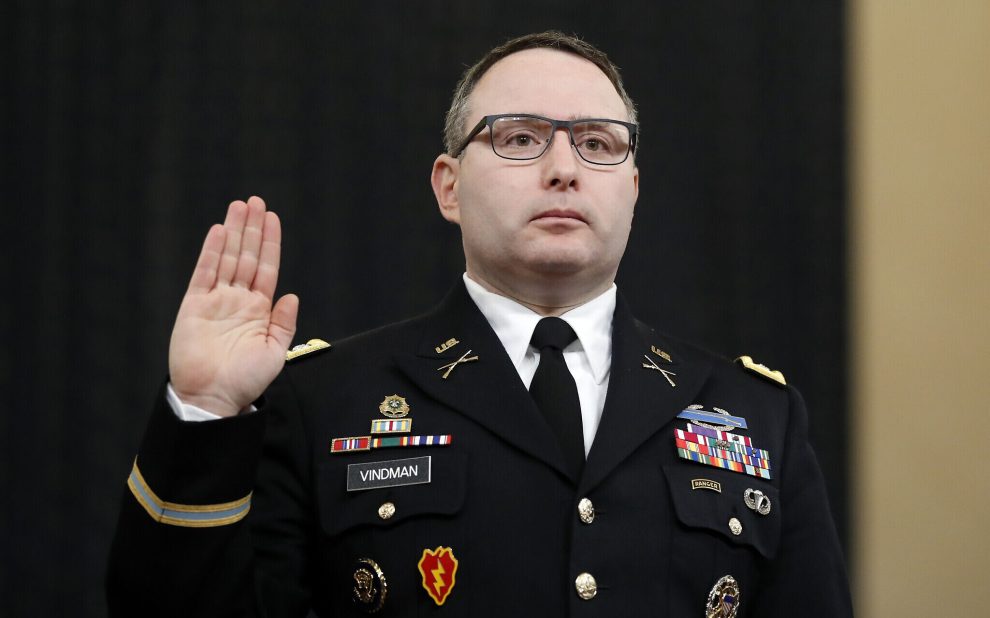 Some people possess followings on social media that just make no sense. Alexander Vindman, who made his name testifying during Donald Trump’s first impeachment, is of those people. If you’ve ever been self-loathing enough to dip into his Twitter replies, what you’ll find is a swamp of online simps singing his praises in ways that often don’t compute.

Maybe we’ve got an explanation for that now? On Sunday, Vindman took to Twitter to attack Elon Musk because Vindman is a leftwing hack who hates freedom. In doing so, he dropped this rather generic bit of drivel.

Kinda weird that @elonmusk gets to decide how like a half-billion people communicate. Way too much power for one erratic individual to wield, don’t you think?

I’m not sure what Vindman is even suggesting. Is he softly calling for some kind of conflict that would see Musk’s ownership of Twitter seized, either via the government or some other means? That seems rather extreme. Besides, it doesn’t really make what people “think” when a private company decides to do something. That’s what we’ve been told for years, right? The tables turning doesn’t suddenly change that dynamic.

But I digress, I’m not writing this to debate the finer points of Vindman’s rantings. Rather, this is the part where things get weird.

BLEEP BLOOP KINDA WEIRD THAT @ELONMUSK GETS TO DECIDE HOW LIKE A HALF-BILLION PEOPLE COMMUNICATE BLEEP. WAY TOO MUCH POWER FOR ONE ERRATIC INDIVIDUAL TO WEILD, DON'T YOU THINK BLOOP? pic.twitter.com/IB4qfuTZM8

What a coincidence, right? Vindman says something that is not at all noteworthy, and a legion of bot-looking accounts rush to repeat it. It’s almost like many of the people that are constantly fluffing the fluffy man might not be real people. Has Vindman been paying for bot followers or does he just attract them for free?

Elon Musk seems to be wondering the same thing.

Note, spamming, whether done by a set of humans or bots is against ToS

Naturally, because Vindman’s honor was questioned, the outrage machine kicked into full gear.

I’ll put my reputation up against yours any day. I’ve spent my entire adult life in service to my country. Upheld my oath to protect & defend this nation at great personal cost. You’ve demonstrated yourself to be a purveyor of hate and division. Let history be the judge. https://t.co/5kH0fus3aN

Yeah, that’s a bad bet. It’s also a sure sign that he doesn’t have an actual argument. Every time Vindman is challenged, he falls back on his military service and high-minded proclamations about history, as if he and his leftwing viewpoints have a monopoly on the high ground. Still, I’m pretty sure Vindman won’t have a page in the history books in any case because no one cares about partisan impeachment witnesses decades after the fact. By contrast, Musk will have a whole chapter.

Regardless, I could offer many more examples of high-follower accounts rending their garments over Musk’s questioning of Vindman, but I’ll end with this one from Tom Nichols. Why? Because I think it perfectly illustrates the weakness of the left.

In which @elonmusk smears @AVindman and then an hour later calls for civil discourse. pic.twitter.com/I7h44GSvG2

These people are perpetual crybabies. You saw Vindman’s original tweet at the beginning of this article. Does it look like Musk just attacked him out of the blue? No, Vindman chose to engage in yet another bit of fascistic ranting, something he’s made quite the habit of over the last few years. It was picked up (or pushed out to) an army of probable bots. Musk questioned that because it is questionable. He didn’t “smear” Vindman. On the contrary, Vindman was smearing Musk.

This entire episode leaves me wondering how many of these major accounts that have all the insight of a turnip, specifically on the left, are actually propped up by bots. I’d venture a guess that it’s more than you might think.