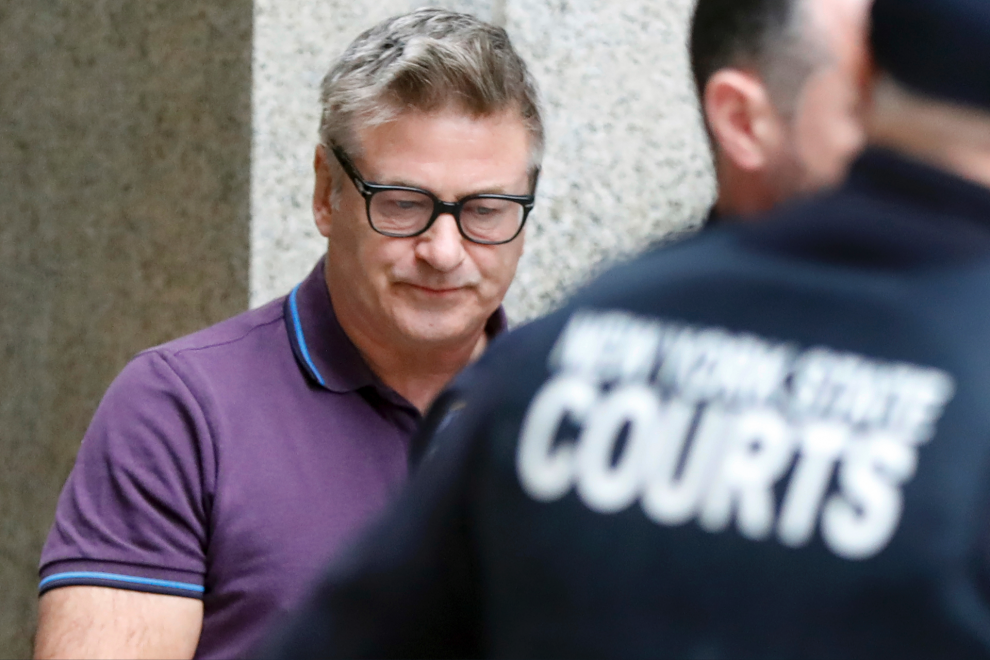 Alec Baldwin pleaded guilty to a second-degree harassment violation stemming from when he punched a man during a dispute over a New York City parking spot late last year.

The hotheaded thespian appeared Wednesday morning in a Manhattan courtroom, where he agreed to the district attorney’s recommendation that he attend a short anger management program as part of his plea.

The D.A. also said at the hearing that they were able to go over video and complaints and that given Baldwin, 60, didn’t have a criminal record, they recommended a violation charge of harassment in the second degree.

Baldwin will also have to pay a mandatory surcharge of $120 and provide proof of payment and completion of the anger management courses by March 27. Photographs and video of the incident will be destroyed by matter of law.

The actor’s lawyer had no comment as he left the New York City courtroom.

Baldwin previously denied punching anyone in the Nov. 2 clash. Police said at the time that Baldwin and the man started arguing and pushing each other after the man parked in a spot that the actor said a family member was holding for him.

This is not the first arrest for the notoriously tantrum-prone star. Baldwin was cuffed in 2014 after he became “belligerent” with a police officer who stopped him on his bike after he was riding in the wrong direction.

NYPD told Fox News at the time that Baldwin, who had no identification on him, “refused to [identify] himself, became belligerent, cursing and yelling. He was then placed in handcuffs.”

Baldwin went on a Twitter rant after that arrest, posting the arresting officer’s name and badge number. The actor tweeted that he was taken into custody while “photographers outside my home ONCE AGAIN terrified my daughter and nearly hit her with a camera. The police did nothing.”

He then added, “New York City is a mismanaged carnival of stupidity that is desperate for revenue and anxious to criminalize behavior once thought benign.”

Baldwin has also had several other run-ins with the general public that did not involve law enforcement.

In 2011, the former “30 Rock” star was removed from a flight after refusing to stop playing the game “Words With Friends” on his phone.

In 2012, he was accused by a photographer of getting aggressive with him on a New York City street, and in 2013 another photographer filed a harassment claim against Baldwin.