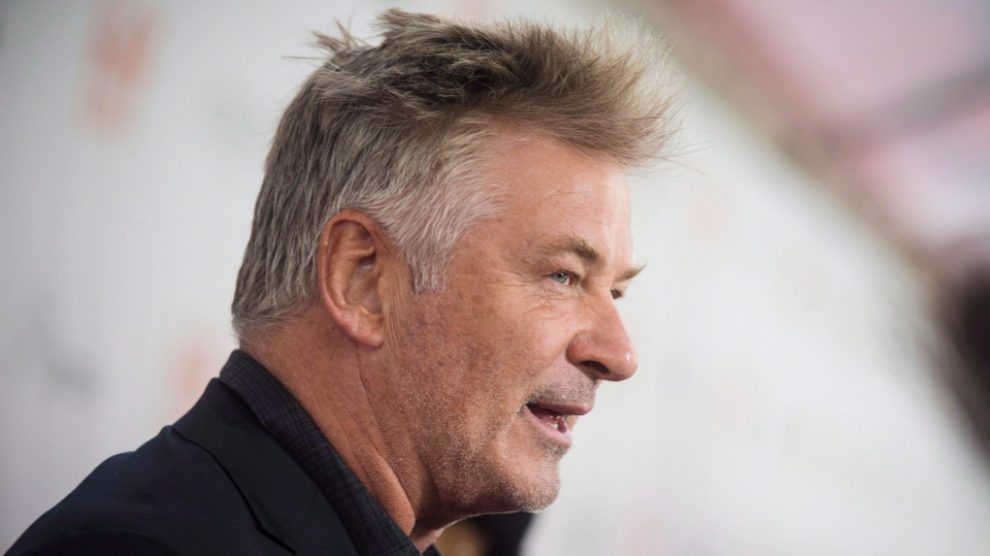 Alec Baldwin is now claiming to be “exonerated” of any wrongdoing in his fatal shooting of a set member that occurred in late 2021. The D-list actor, a staunch anti-Trump figure liberal firebrand, has previously claimed he did not actually pull the trigger and that he holds no responsibility for the tragic incident.

Now, a new report from the New Mexico Occupational Health and Safety Bureau has determined that gross negligence occurred on the set, fining the film company the maximum penalty of $136,793.

Yet, Baldwin says the report exonerates him, relieving him of any liability for the shooting.

“We appreciate the report exonerates Mr. Baldwin by making clear that he believed the gun held only dummy rounds,” Baldwin said in a statement through his attorney on the day New Mexico’s Occupational Health and Safety Bureau announced that the film’s production company Rust Movie Productions LLC would be fined the maximum $139,793 for safety failures while shooting…

…Baldwin’s statement went on to say New Mexico’s report specified that his power as a producer on the film was “limited to approving script changes and creative casting. Mr. Baldwin had no authority over the matters that were the subject of the Bureau’s findings of violations, and we are pleased that the New Mexico officials have clarified these critical issues.”

But is that what the report actually does? A more thorough write-up of the matter by Deadline seems to leave things a bit murkier than Baldwin’s lawyer claims.

“There were serious management failures,” state Environmental Cabinet Secretary James Kenney said in a video statement (watch it below), “and more than sufficient evidence to suggest that if stardard industry practices were followed, the fatal shooting of Halyna Hutching and the serious injury to Joel Souza would not have occurred. … This is a complete failure of the employer to follow recognized national protocols that keep employees safe.”…

…“While the film industry has clear national guidelines for firearms safety, Rust Movie Productions, LLC failed to follow these guidelines or take other effective measures to protect workers. Rust Movie Productions, LLC’s documents indicate that it would follow the Industry Wide Labor-Management Safety Committee’s Safety Bulletin #1, ‘Recommendations for Safety With Firearms and Use of Blank Ammunition,’ but failed to adhere to these guidelines on set. The guidelines require live ammunition ‘never to be used nor brought onto any studio lot or stage,’ that safety meetings take place every day when firearms are being handled, and that employees ‘refrain from pointing a firearm at anyone’ except after consultation with the Property Master, Armorer or other safety representative, such as the First Assistant Director. By failing to follow these practices, an avoidable loss of life occurred.”

The first thing to consider is that while Rust Movie Productions, LLC was producing the movie, Baldwin himself also served as a producer. Even if his technical role was limited as he asserts, it’s possible he could still incur civil liability (the family of the woman killed is currently suing) for being part of the leadership behind the film. Secondly, the report states that safety measures such as refraining from pointing a firearm at anyone without direct consultation from the authoritative parties were not followed. Isn’t that exactly what Baldwin did? It’s going to be a tough lift for a long-time actor to claim he just didn’t know about that industry rule.

In short, I’m not at all convinced this report does what Baldwin (via his attornies) says it does. Ultimately, it’ll be up for a court to decide how much, if any responsibility he bears. Still, it’s a little jarring to see someone act so callously in relation to causing the death of an innocent human being. I understand he’s trying to protect his wealth by absconding from all liability, but I’m not sure that’s enough to excuse his pretending as if he played no significant role here.

So while Baldwin saying he’s exonerated is an incredibly bold claim given the circumstances, we’ll have to see just how true that rings regarding the litigation he’s now involved in.