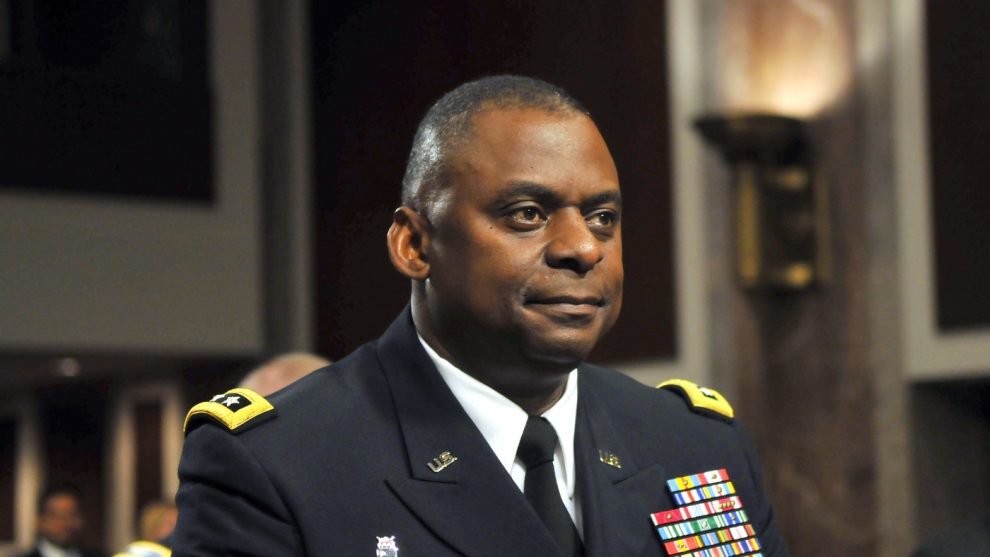 The late Rush Limbaugh famously (to us Dittoheads, anyway) observed: “The purpose of war is to kill people and break things.” Hellish? Of course, it is; war is hell, and the side that unleashes the most hell on the other side wins. Unfortunately and ominously, Defense Secretary Lloyd Austin didn’t get the memo.

In the misguided mind of Lyin’ Lloyd, his purpose is the indoctrination of America’s Armed Forces with Marxist-derived critical race theory, and gender identity. (Incidentally, this is one of those articles I’m grateful that my dad, once a proud 23-year-old U.S. Marine who drove a tank onto the black sandy beach of Iwo Jima on the first day of one of the bloodiest battles of World War II, is not here to read.)

And yes, Lloyd Austin continues to lie about every bit of it.

As reported by Fox News, the Biden administration has launched extensive diversity and equity initiatives in the military with emphasis on critical race theory and gender identity and significantly weakened the U.S. Armed Forces, according to a damning report obtained exclusively by Fox News Digital. This should surprise no one who has paid attention to Lloyd Austin’s obsession with “racism” from the outset.

The report, from Florida Sen. Mark Rubio and Texas Rep. Chip Roy, details how the military under the Biden Administration has allocated resources to “root out extremism” within its ranks as it promotes radical left-wing ideas on race and gender. Lloyd Austin is the deranged driver of this dangerous clown car.

Rubio and Roy correctly observed, in the report:

Our military’s singular purpose is to provide for the common defense. It cannot be turned into a left-wing social experiment. It cannot be used as a cudgel against America itself. And it cannot be paralyzed by fear of offending the sensibilities of Ivy League faculty lounges or progressive pundits. The world is a dangerous place, and the Biden administration’s insanity is eroding our greatest source of security in it.

Every word in that statement is correct. The left’s social experiments and out-of-control “wokeness” is one thing in the no-longer-hallowed halls of academia, but this insidious sickness has no place in the most important military force on the planet that, when push comes to shove against the world’s bad guys, must “kill people and break things” until threats are neutralized and relative peace is restored.

[L]ess than a month after his appointment by President Biden, Secretary of Defense Lloyd Austin directed commanding officers and supervisors at all levels to schedule a day to discuss extremism. However, a report from the Biden administration, “Countering Extremist Activity Working Group,” later identified fewer than 100 cases of extremism from the 2.1 million active forces, a rate of .005%.

The report finds that instructors at military academies use “antiracist” approaches to education that direct soldiers to center their understanding of American society on an acknowledgment of its racist past and present, the report said. The Department of Defense, however, has emphasized it does not teach critical race theory and is focused on challenging its military students intellectually and rooting out extremism.

The administration’s continuing disingenuous claim (bald-faces lies) that the DoD doesn’t promote critical race theory has been used by public school systems, for example, throughout the country in reaction to the growing anger among parents who’ve mobilized against the divisive indoctrination of their young children. Listen, you can dress a pig in a pink tutu, slather its face with red lipstick, and call it whatever floats your racist boat, but? Yep, still a pig — and an extremely dangerous pig, at that.

How dangerous? Here’s Rubio, who told Fox Digital that race-based initiatives in the U.S. military serve only as a distraction and a direct threat to U.S. security:

Rather than making the case for American greatness and protecting our nation, the military is parroting woke nonsense. It’s dumb, it doesn’t work, and it’s dangerous. We need to spend more time thinking about how to counter Chinese aircraft carriers and less time thinking about pronouns.

The Department of Defense’s priority should be training the men and women of our Armed Forces to be a united, lethal and battle-ready force primed to defend the United States and her interests at a moment’s notice. Instead, Biden’s woke Pentagon is using taxpayer dollars to promote blatant anti-American ideology.

As I wrote this article, my mind drifted several times to Xi Jinping, Communist China’s all-powerful dictator whose stated goal is world domination, albeit economic and ideological domination as opposed to military domination (for now, that is), and how much he and his communist pals in Beijing must laugh their asses off every time they read another article about the insanity from the Biden administration.

But, hey — the ChiComs and their brutally-controlled population don’t vote in U.S. elections, right?

And who doesn’t know that ballots in the ballot box remain the paramount objective of the Democrat Party? Absolutely nobody — Democrat lawmakers, included.

In eyes of the left, the America in which we grew up— and its armed forces — be damned.