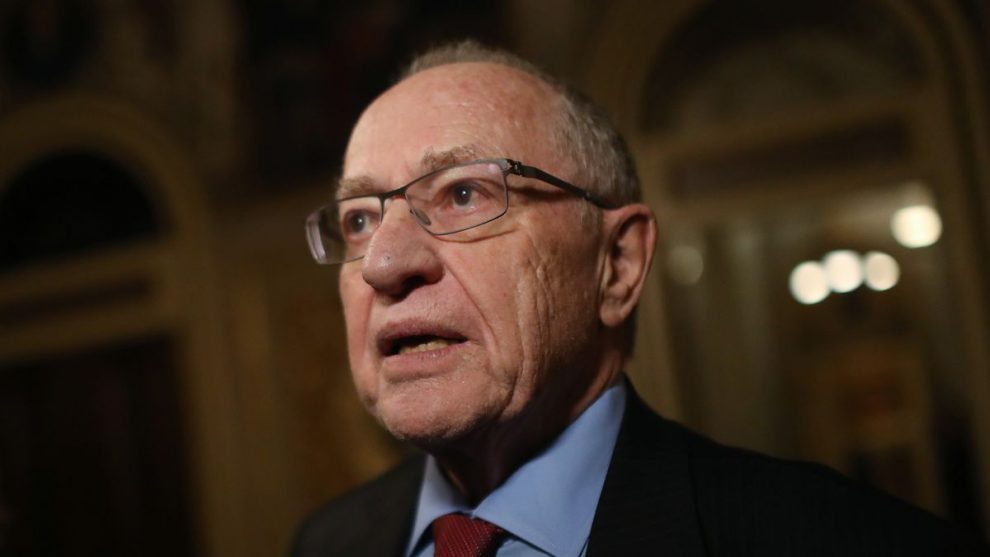 The FBI raid this week of former President Donald Trump’s lawyer Rudy Giuliani violated the “spirit and the letter of the Constitution,” because it permitted prosecutors to read privileged information without permission, according to legal expert Alan Dershowitz on Newsmax TV.

“This was just a misuse of the search and seizure power,” Dershowitz told “Saturday Report.” “Initially it was turned down; now it was approved, both by a judge and by the attorney general of the United States, so it wasn’t lawless action, but I believe that they acted inconsistently with both the spirit and the letter of the Constitution and that there should be remedies for it.

“It just shouldn’t be done this way,” Dershowitz added to host Carl Higbie. “It should be done through subpoena, and that is the constitutional route to getting evidence.”

The only reason to raid Giuliani’s privileged electronics is out of fear he would destroy evidence, but Dershowitz added that burden of proof falls short in this case.

“The 4th Amendment demands a subpoena in these situations, not a search warrant. What they did in this case was unconstitutional.”

Reading the privileged information is damaging enough to Giuliani or any of his clients, because of “tainting” prosecutors who tend to privately share information with each other.

“What the government does is they seize it all, and then they give it to some prosecutors: They call them the taint team,” Dershowitz said. “Those prosecutors read all the privileged information and they decide what to turn over to the prosecution team.

Dershowitz added, the prosecutors then say,”‘Well, all right, this is privileged, so we won’t use it in a trial,’ but the government has already read it. That’s illegal. The 4th Amendment doesn’t protect you only against criminal prosecution, it protects your privacy, and so in situations like this, they should always use a subpoena, not a search warrant.”

Dershowitz acknowledged to Higbie he has advised Giuliani’s lawyers in this case pro bono.

“I’ve been consulting with Rudy Giuliani’s lawyers; they asked me for my advice on this, and pro bono, I’ve given them general advice as I would to a Democrat who called me and asked me about constitutional violations,” Dershowitz said.

“They ought to move to: A. Get the material back, and have the government subjected to subpoena analysis; B. They ought to reject the idea of a taint team and require that if anybody goes over this, it ought to be a judge, magistrate, or at least a master outside the prosecutor’s office appointed by the court.

“But the idea of having one group prosecutors tell the other group prosecutors whether they can see it or not is having the fox guard the chicken coop, and that’s just not the right way under the Constitution.”

And, Dershowitz lamented, the basis for the investigation being a lack of registering as a foreign agent is weak on legal grounds, amounting to a political witch hunt of Trump’s personal attorney.

“That doesn’t generally require any kind of registration, but I have to tell you the idea of a search warrant for a violation of a registration, that makes no sense. That’s disproportional.”

There is a lack of “compelling evidence” of potential obstruction of justice by a former federal prosecutor like Giuliani, Dershowitz said.

“That’s just not going to happen. He volunteered to turn over evidence, not only involving himself but involving other people.” 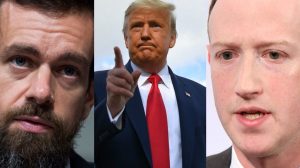 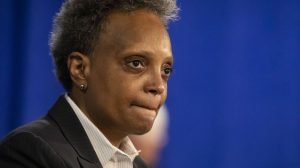 Good Luck With That! Chicago Mental Health Professionals Will Be Dispatched On 911 Calls Instead Of Cops Following Defund The Police Protests – As Gang Members Now Outnumber Officers 10 To 1 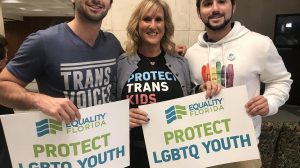