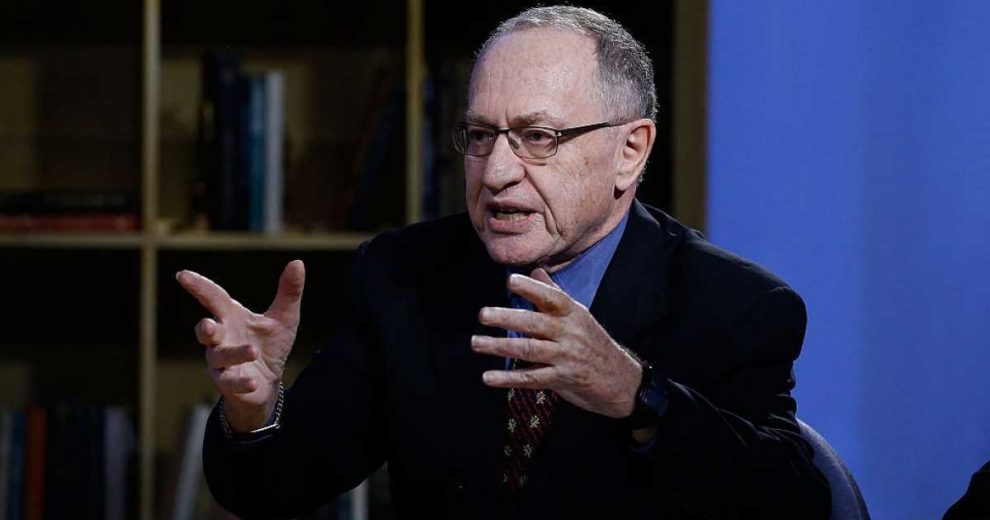 Harvard Law School Professor Emeritus Alan Dershowitz described Robert Mueller’s Wednesday statement — in which the former FBI director implied that President Donald Trump might have committed obstruction of justice — as a “political gift” for “radicals” among Democrats “seeking to institute impeachment proceedings” against the president.

Dershowitz wrote at the Hill:

[Robert Mueller] went beyond the conclusion of his report and gave a political gift to Democrats in Congress who are seeking to institute impeachment proceedings against President Trump. By implying that President Trump might have committed obstruction of justice, Mueller effectively invited Democrats to institute impeachment proceedings. Obstruction of justice is a “high crime and misdemeanor” which, under the Constitution, authorizes impeachment and removal of the president.

Dershowitz previously rejected descriptions of Mueller’s conduct as partisan. He also accepted assumptions of good faith on behalf of Mueller’s ostensible investigation of claims of “the Russian government’s efforts to interfere in the 2016 presidential election” but has now changed his mind about the former Obama official’s impartiality:

Until today, I have defended Mueller against the accusations that he is a partisan. I did not believe that he personally favored either the Democrats or the Republicans, or had a point of view on whether President Trump should be impeached. But I have now changed my mind. By putting his thumb, indeed his elbow, on the scale of justice in favor of impeachment based on obstruction of justice, Mueller has revealed his partisan bias. He also has distorted the critical role of a prosecutor in our justice system. [emphasis added]

Prosecutors are not in a position to determine anyone’s guilt or innocence, noted Dershowitz, recalling the presumption of innocence and reminding readers that determinations of guilt or innocence within America’s justice system require a “full adversarial trial with a zealous defense attorney, vigorous cross examination, exclusionary rules of evidence, and other due process safeguards.”

No prosecutor should ever say or do anything for the purpose of helping one party or the other. I cannot imagine a plausible reason why Mueller went beyond his report and gratuitously suggested that President Trump might be guilty, except to help Democrats in Congress and to encourage impeachment talk and action. Shame on Mueller for abusing his position of trust and for allowing himself to be used for such partisan advantage.