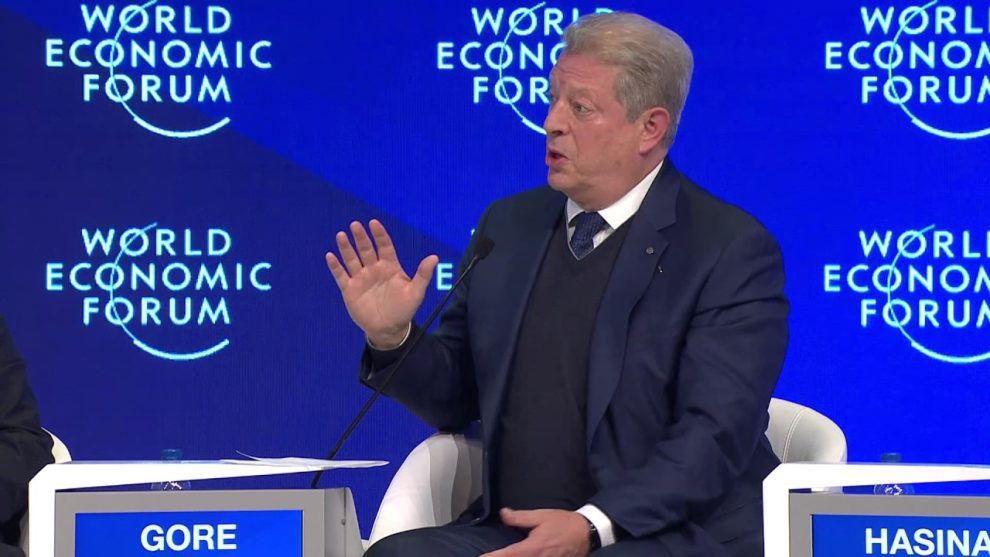 Gore joined a panel discussion ostensibly examining what the WEF and the White House regularly describe as a “climate crisis” driven by consumption of fossil fuels. One of the panel’s hosts framed it as a “planetary crisis” driving “mass extinction” while “really putting humanity’s future at risk.”

We’re still putting 162 million tons [of greenhouse gas pollution into the atmosphere] every single day, and the accumulated amount is now trapping as much extra heat as would be released by 600,000 Hiroshima-class atomic bombs exploding every single day on the Earth.

That’s what’s boiling the oceans, creating these atmospheric rivers, and the rain bombs, and sucking the moisture out of the land and creating the droughts, and melting the ice and raising the sea level, and causing these waves of climate refugees, predicted to reach one billion in this century.

Look at the xenophobia and political authoritarian trends that have come from just a few million refugees. What about a billion? We would lose our capacity for self-governance on this world. We have to act.

Gore said the Inflation Reduction Act is “primarily a climate act” given the legislation’s appropriation of $369 billion — not including tax credits — for “renewable energy.”

“Renewable energy … is now cheapest source of electricity in almost the entire planet,” he added.

“Pro-climate legislation” is needed at all levels of governance to “save the future,” Gore concluded.