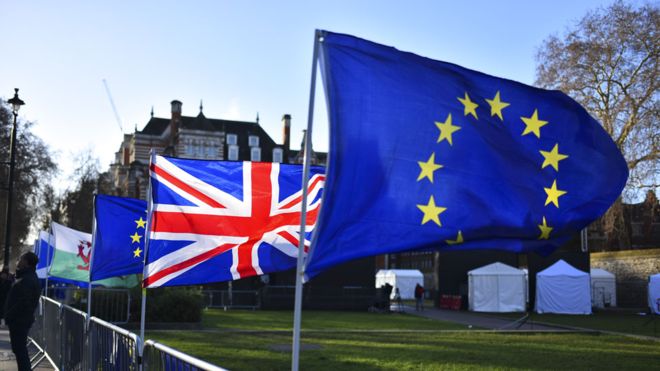 Prime Minister Theresa May’s prospects of winning a crucial vote on Britain’s withdrawal from the European Union were dealt a severe blow on Tuesday, when the attorney general, Geoffrey Cox, said that last-minute changes in her plan did not fundamentally alter the legal status of the agreement.

Mr. Cox’s opinion is likely to be crucial in swaying the votes of pro-Brexit Conservative lawmakers, so his views leave Mrs. May’s chances of winning the vote in Parliament scheduled for Tuesday evening hanging by a thread.

The defeat of Mrs. May’s plan could potentially throw Britain into a new period of political uncertainty, one that could lead to Parliament trying to take control of the process from the government in a further diminishing of Mrs. May’s shaky authority.

Mr. Cox said the concessions from the bloc did “reduce the risk” of Britain being trapped indefinitely in the so-called Irish backstop — an insurance policy against a hard border in Ireland, and a main issue for opponents of Mrs. May’s deal.

But Mr. Cox said that the understanding did not alter the two parties’ rights and obligations. Even under the new terms, Britain would have “no internationally lawful means of exiting the protocol’s arrangements, save by agreement,” he said.