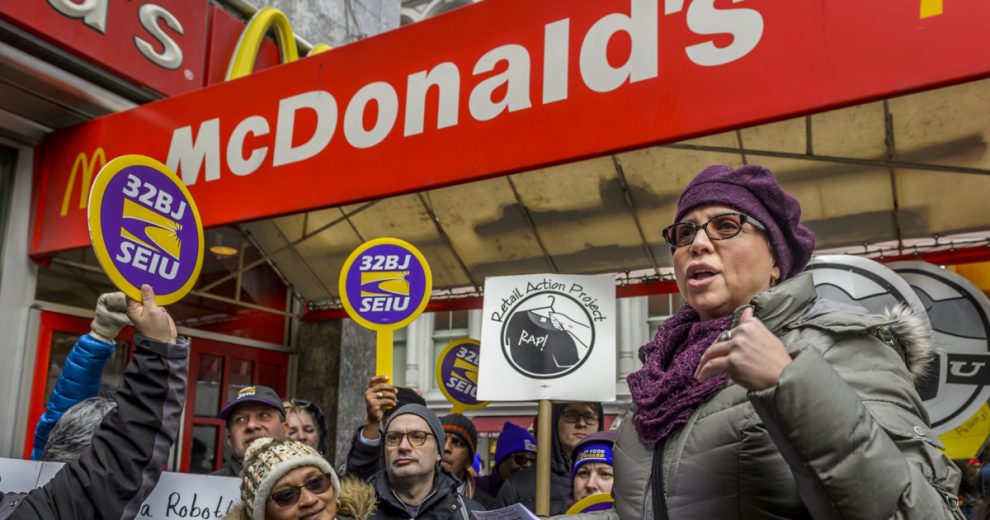 New York City’s fast-food industry has served as a laboratory for the nation’s labor movement for the last several years.
Its workers were the first to stage rallies demanding a minimum wage of $15 an hour. Then, they pressed for changes in the way national restaurant chains set their work schedules.
Now, they are asking the City Council to shield them from being fired without a valid reason. That protection, the sort of job security that unions usually bargain for, would be a first for a city to provide to workers in a specific industry, labor law experts said.
City Councilman Brad Lander said he planned to introduce a bill on Wednesday that would require fast-food businesses to show “just cause” for firing workers and give them a chance to appeal dismissals through arbitration.
Mr. Lander, a Democrat from Brooklyn, said he was responding to surveys of fast-food workers indicating that “there’s a substantial percentage of employees that have been fired unfairly.” One woman said she was fired from a Chipotle restaurant for not smiling enough.
To read more click here.
See also  FBI Director Wray Confirms Detroit Field Office Head During Whitmer Kidnapping Debacle Now Leads D.C. Field Office
→ What are your thoughts? ←
Scroll down to leave a comment: