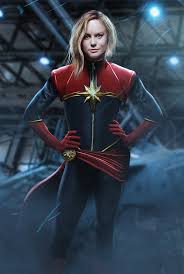 After Rotten Tomatoes removed over 50,000 Captain Marvel reviews, or around 93%, the movie’s audience score barely moved – rising from a dismal 32% to a pathetic 36%.

While the unusually high user rating count was widely reported as the work of sexist, pro-patriarchy “trolls” – Rotten Tomatoes told Hollywood Reporter that the problem was due to a “bug in the post-release functionality for movies that have released into theaters since our product update last week,” which “included both pre-release and post-release fan voting.”

Rotten Tomatoes recently retooled its scoring system in an effort to combat trolls from sandbagging scores for movies they believed inferior and hadn’t necessarily seen. A  film now can no longer be “reviewed” by audiences before it is released. –Hollywood Reporter

Metacritic’s user score, meanwhile, is just 2.9 out of 10, which is terrible.

I had free tickets to see this… and it was a net lost for me… Not great… just sorta a boring movie with a female lead shoehorned in…. just because? IDK, I’d pass… -rodeobravo

I wanted to like this movie expecting something aggressively average… I was disappointed. I’ll give this movie a 2.0 hopefully the all female Avengers will be better than this. -RumBecker

If I were to sum up this movie in three words they would be: bland, unimaginative and unwanted. It says it all when the cat is the most attractive part of the movie. -ChunkyM0nkey

Saw it on Thursday night with low expectations, hoping to be pleasantly surprised. Sadly, I was not. Boring plot, bad acting, forgettable villains, and lackluster action scenes. Waste of time and money. Most egregiously, the movie somehow managed to make me less excited about the upcoming Avengers: Endgame. There is only one good character in this movie — the cat. -zhall

Launched by anti-SJW comic fans who simply want a good movie that checks its politics at the door, female lead or not – swarms of Twitter users reported taking to theaters for Alita – a way better film based on user reviews.

See also  Joey Chestnut Takes Animal Rights Protester Down While Winning Hot Dog Eating Contest
→ What are your thoughts? ←
Scroll down to leave a comment: